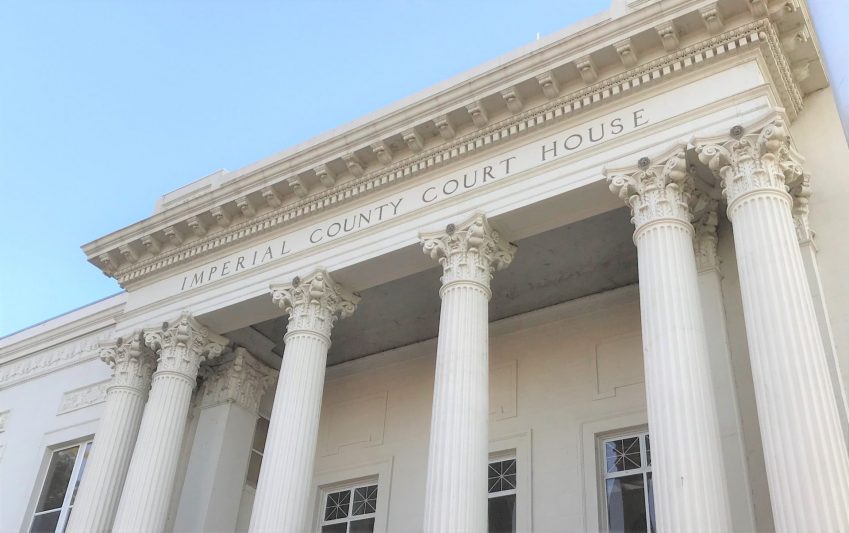 Following Letters to Presiding Judge Quan from the DA’s Office and Public Defender’s Office, County Board of Supervisors Issues It’s Own

EL CENTRO — A number of precautionary measures have been reimplemented by the county Superior Court in response to the current local surge in active COVID-19 cases.

As of Monday, Jan. 10, the court has restricted access to the courthouse solely for those with scheduled cases or those who are providing witness testimony or support. The court has also adopted an appointment system for the Access Center, civil clerk’s office, small claims adviser and law library.

Additionally, jury trials whose statutory deadlines would have fallen between Jan. 6 and Feb. 5 were granted a 30-day extension by order of local Presiding Judge William Quan.

Yet, what was notably absent from the court’s list of precautionary measures was a return to remote court hearings, which local justice system partners have repeatedly been pushing for.

That initial push for remote court hearings came in the form of two separate letters that both the county District Attorney’s and Public Defender’s offices sent to Judge Quan on Monday, Jan. 3 and Wednesday, Jan. 5.

On Tuesday, Jan. 11, both agencies were joined by the county Board of Supervisors in requesting the court resume remote court hearings to help safeguard the health and safety of attorneys, law enforcement partners and the general public.

During its regular meeting that day, the board unanimously voted to authorize that a letter be sent on its behalf to Judge Quan also requesting the resumption of remote court hearings.

While it thanked Quan for the court’s recent reimplementation of precautionary measures, it also expressed concern that the local Superior Court, unlike other courts in other California counties, has yet to return to remote court hearings.

“We are fearful that continuing to require in-person attendance to court proceedings is putting our attorneys, probation officers, law enforcement, all related staff, and members of the public at risk,” the letter stated.

The one-page letter was initially drafted to appear that it was authored by interim County Executive Officer Ben Salorio but was amended at the suggestion of Supervisor Ryan Kelley to indicate it was sent on behalf of the board members.

During his remarks to the board, Salorio, who’s on leave from his position as county public defender to serve as interim CEO, said the county’s legal departments and law enforcement agencies have “taken a hit” during the pandemic’s latest surge and are already operating on “skeleton crews.”

The Public Defender’s Office itself is “about one or two COVID positives away from being unable to continue operations because of COVID quarantine periods,” Salorio told the board.

Under COVID-related emergency orders granted by the Judicial Council of California to the state’s superior courts, presiding judges have the authority to implement remote court hearings, but Quan has yet to do so, Salorio said.

“Our concern is that if we let our attorneys, our law enforcement partners, (Sheriff’s and Probation offices) gather there we are going to see an increase in the number of COVID-positive cases,” he told the board. “Switching to remote would help alleviate the current surge we’re in, it would keep all of our staff safe, and the legal system would be able to perform all of its duties remotely.”

During a previous surge in December 2020, the court had implemented remote operations.

In response to the previous letters from both the DA’s and Public Defender’s offices, the local court held “internal discussions,” Mona Gieck, senior administrative assistant at the court, said in an email on Wednesday, Dec. 5.

At the time that the DA’s and Public Defender’s offices sent their respective letters to Judge Quan seeking a reinstatement of remote court hearings, both were experiencing COVID-19 outbreaks, county Assistant DA Heather Trapnell stated in her Dec. 5 letter.

The county agencies’ reported outbreaks came less than a week after the court itself reported on Thursday, Dec. 30 that it was in self-declared outbreak status, as six individuals were diagnosed as COVID-positive over the previous 14 days.

Following the outbreak that the court reported on Dec. 30, the court announced that its operations were not expected to be impacted.

“If we get to a point where there is too many staff out where we cannot actually man either the offices or the courtrooms, which, quite honestly, we worked on skeletal staffing before and we’ve managed, I don’t expect or anticipate that we will get to that point,” Laura Flores, director of human resources at the court, previously told this newspaper. “But what would really determine and drive that is if we have the majority of our staff out due to COVID.”

The DA’s Office is currently operating with a total of 15 attorneys, which includes DA Gilbert Otero. Of those, four are not working because of COVID-related reasons, Trapnell said in a text message on Wednesday, Jan. 12.

A week prior, a different set of four attorneys were unable to work. When some of them were able to return, others had to leave after testing positive, Trapnell stated.

The agency is supposed to have 20 attorneys when fully staffed.

By reinstating virtual court proceedings, attorneys who are experiencing mild symptoms could potentially continue to work from home without exposing co-workers in the office or individuals at the local courthouses, Trapnell previously told this newspaper.

About two weeks ago, the Public Defender’s Office reduced staffing levels, limited building access and implemented telecommuting policies for all employees because of a recent 80 percent countywide increase in adult infections, Gundel stated in his Jan. 3 letter to Judge Quan.

And like the DA’s Office, the Public Defender’s Office reminded the local court that other superior courts in the state have resumed virtual criminal court hearings in response to the current surge, including in San Diego and Orange counties.

“The Imperial County Superior Court continues to require in-person appearances even as Covid-19 cases are soaring,” Gundel stated in his Jan. 5 letter. “This is putting attorneys, investigators and staff from the Public Defender’s Office at needless risk and is impacting operations.” 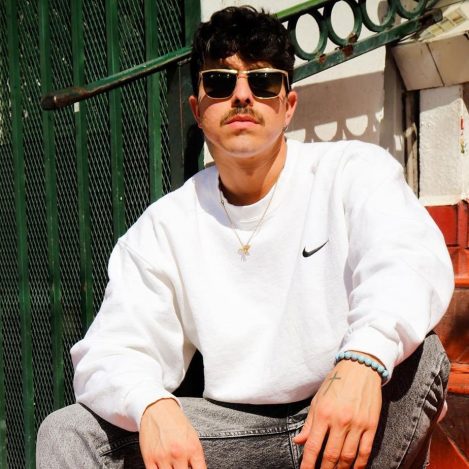