CALEXICO — The Desert League boys basketball season looks like it’s going to be a close race all the way to the final game of the season as Vincent Memorial Catholic High, Palo Verde Valley High of Blythe, Imperial and Calipatria battle it out for league supremacy.

When the league kicked off on Tuesday, Jan. 11, it was Vincent Memorial getting the jump on things with a 60-47 victory over Palo Verde in Calexico. It’s the fourth win in the last five games for the Scots as they improved their overall record to 4-4.

Vincent Memorial will continue DL action at 7 p.m. on Friday, Jan. 14, when they host Imperial in another important league matchup. The first round of DL play will conclude on Tuesday, Jan. 18, when the Scots travel to Calipatria for a 7 p.m. tipoff. Teams will play each other three times in the Desert League.

The Scots took on Central Union High in their final nonleague tune-up game on Thursday, Jan. 6, falling in El Centro, 69-40.

During the 2021 COVID-shortened and -delayed season, the Scots made it to the CIF-San Diego Section Division V championship game before losing to Crawford High of San Diego in overtime. That success has bumped the Scots up to Division IV for this season, where they currently sit at No. 16, but should move up after the win over Palo Verde. 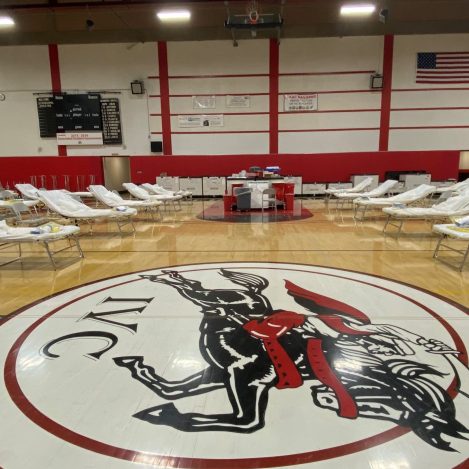