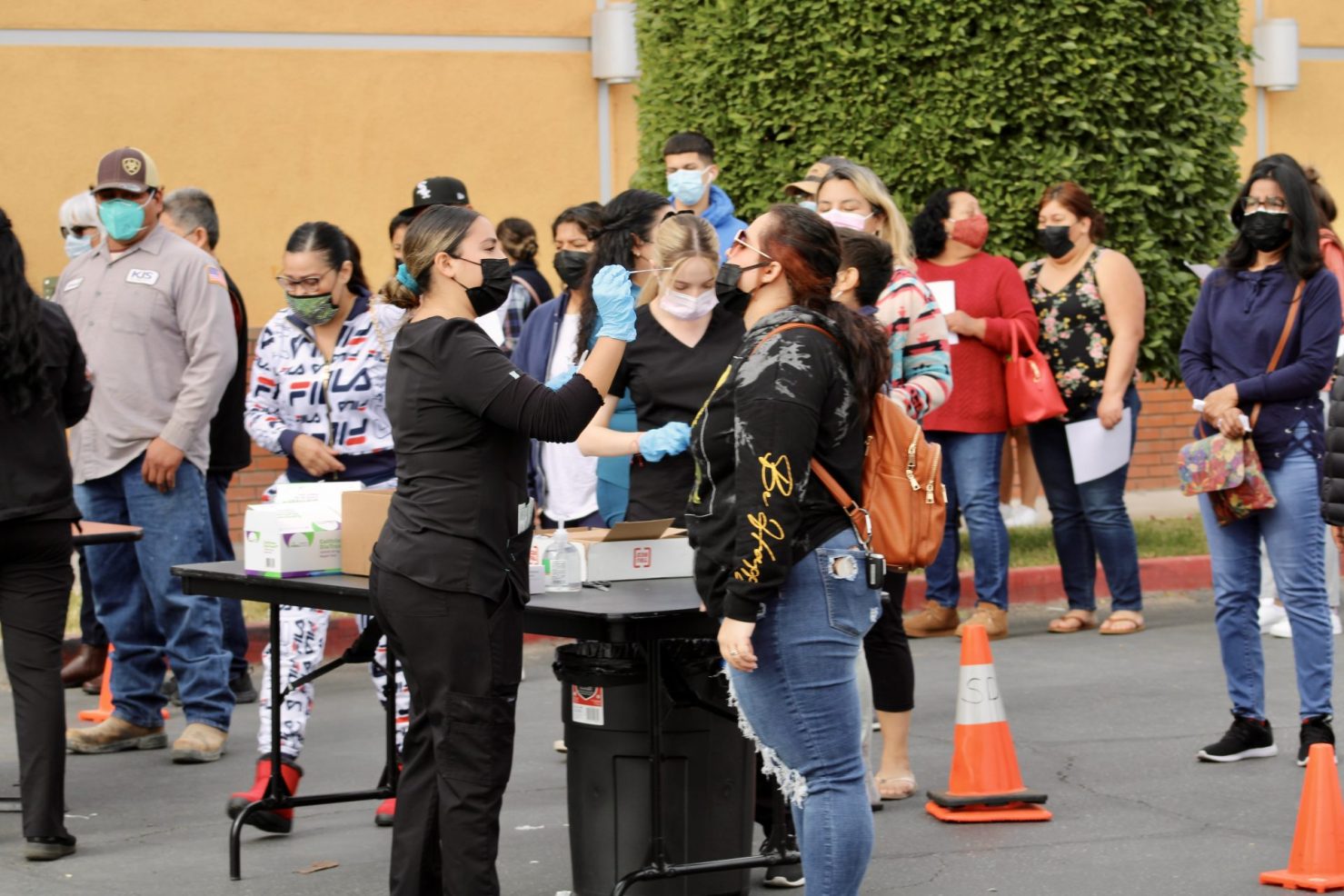 EL CENTRO — Across the nation the demand for COVID testing during a surge fueled by holiday gatherings, travel and the highly contagious omicron variant have seen sites in the Imperial Valley inundated with patients looking to be tested.

On Tuesday, Jan. 11, the Imperial County Public Health Department reported a testing positivity rate of 26.5 percent, a statistic that jumps to more than 32 percent when the state prison inmates in the county are factored in.

“There are 16 active workplace outbreaks, and then an additional seven are under investigation,” county Public Health Director Janette Angulo said during the El Centro City Council’s special meeting on COVID on Monday, Jan. 10.

“These outbreaks are occurring in different types of settings, work settings, including schools,” Angulo added.

And people are coming out of the woodworks to get tested, to the point where some local facilities are being overrun. National Guard members were dispatched to Imperial County and other areas of the state by Gov. Newsom to assist in testing efforts amid a statewide testing shortage. Guardsmen were seen assisting at state-sponsored OptumServe testing sites on Monday, such as Stark Field in El Centro.

Over the past few weeks there has been a run and shortage of such tests as the at-home rapid tests produced by Abbott Laboratories. An Abbott Laboratories spokesperson attributed the shortage to layoffs during the summer when demand for the tests were low in a Wall Street Journal article on Dec. 30. Newsom signed an executive order over the weekend to prevent price gouging on the remaining tests on store shelves.

A perfect storm has been created where demand for testing has strained the limits of local testing sites, even for those that do not perform rapid testing. In response to this strain, Public Health’s Angulo said the OptumServe sites have gone from largely walk-up to appointment only. There are the two static locations — Stark Field and the Brawley Public Library Del Rio branch-Community Center site — and the mobile van in Calexico twice a week, traveling between the One Stop Employment Center and the Hector Mario Esquer Building.

Angulo said on Monday that Public Health would be requesting more COVID-related supplies from the state.

Dr. Tien Vo’s El Centro and Calexico offices had seen so many people seeking testing that a mass testing site, with rapid tests available, was opened. The testing site is located in the parking lot of El Centro’s bowling alley, Strikezone, and will operate from 8 a.m. to 1 p.m. Mondays through Fridays for the time being.

Vo announced on one of his social media pages on Monday afternoon that 2,000 patients had been tested that morning. One of those patients who spoke with this newspaper had been turned away from the OptumServe site early Monday.

“I saw my uncle over New Years, and then boom, he announces he has COVID. I haven’t felt sick or anything, but I don’t know if I was exposed, and I was all stressed out about it all weekend. So, I got up, and decided to just run to the county testing place, and they tell me I need an appointment. I was, like, freaking out till my mom told me about this place. Negative, thank God,” 24-year-old Imperial resident Elizabeth Diaz said as she was leaving Vo’s testing site.

It appears that testing at the Calexico offices of Dr. Vo has been moved to the mass clinic in El Centro, which has reportedly left a gap in services for the south county city, said Blanca Morales, Calexico Wellness Center chief executive officer.

Vo could not be reached for comment Monday about the specifics of the clinic, but one of the board members for Vo Neighborhood Medical Clinic, retired school administrator and El Centro Elementary School Board Trustee Chuck Fisher, said people seemed pleased with the setup in El Centro and that rapid tests and traditional PCR tests were available.

Fisher was on site Jan. 10 handing out rapid test results, which were ready in as little as 15 minutes. He stated many of those running the site were volunteers through Vo Neighborhood Medical Clinic.

His volunteer work handing out results gave him a unique vantage point and a sense of how the community was reacting to the new clinic.

“Well, we tested 2,000 (people) and when you do that many, there sometimes is a glitch.” Fisher wrote in an interview through Messenger. “However, almost everyone I spoke to was very appreciative of the effort.”

El Centro resident Marco Estrada was pleased that the mass clinic was able to clear his son to return to school, after his mother contracted COVID after the new year.

“The school said that they wanted a test, but then almost everywhere was by appointment,” Estrada said. “I couldn’t believe he was going to miss school because I couldn’t get an appointment. This is such a relief.”

In Brawley, testing was occurring in the parking lot outside the offices of Comite Civico del Valle by volunteers with Salud Sin Fronteras, both of which were certified by the state to conduct the tests, according to Comite Civico’s Luis Olmedo.

About 100 tests a day are being performed there, Olmedo stated on Jan. 11.

Getting tested in Calexico seems to be a bit more precarious at the moment, Morales said during a brief interview on Tuesday.

Last week Calexico Wellness got hit hard, where close to 500 tests were given on Thursday, Jan. 6, and about 400 on another day last week. Morales said testing was occurring inside the clinic and by the center’s new mobile van parked on Fourth Street.

“We were there until 8 p.m. Thursday,” Morales said.

“We don’t have enough supplies … and staff is getting killed,” she said. “It got worse because Vo moved out of Calexico. These people don’t have transportation” to get to the El Centro mass clinic.

Until Calexico Wellness can secure more tests, the clinic is reducing its testing capacity to 200 tests a day, rapid and traditional.

What’s more, Morales said she will start charging $10 for rapid tests, the cost she pays to get them. She said she doesn’t want to do that but has no choice.

Morales has reached out to the county and will reach out to Molina Healthcare and Healthnet to secure more testing supplies.

“Like all clinics and testing sites in the Valley, ours have been abnormally busy, too. In December, our highest test totals were 450 to 500 tests per week.  This last week we were nearly double that in just four days,” Andrus stated in an email on Jan 10.

In his email, Andrus explained that the testing sites located on campuses of Southwest High School, Central Union High School, and Desert Oasis High School are excusive to members of the CUHSD community only, meaning employees, students, or their families are eligible to be tested at the sites.

Andrus stated in his email that the only interruptions the increased testing has caused the school was for the students waiting in line to be tested.

“We have seen longer testing lines with the current influx in illnesses, so there are more students waiting in line and not in class,” Andrus stated.

A Calexico Unified School District spokesperson said there are limited testing sites available for staff, and the district is in the process of “organizing the distribution of COVID home tests to students,” the spokesperson stated in a text message.

(This story was updated at 5:45 p.m. with new information from Calexico Unified School District and new photos.) 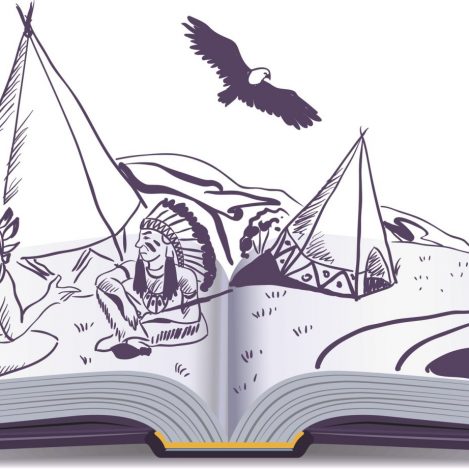