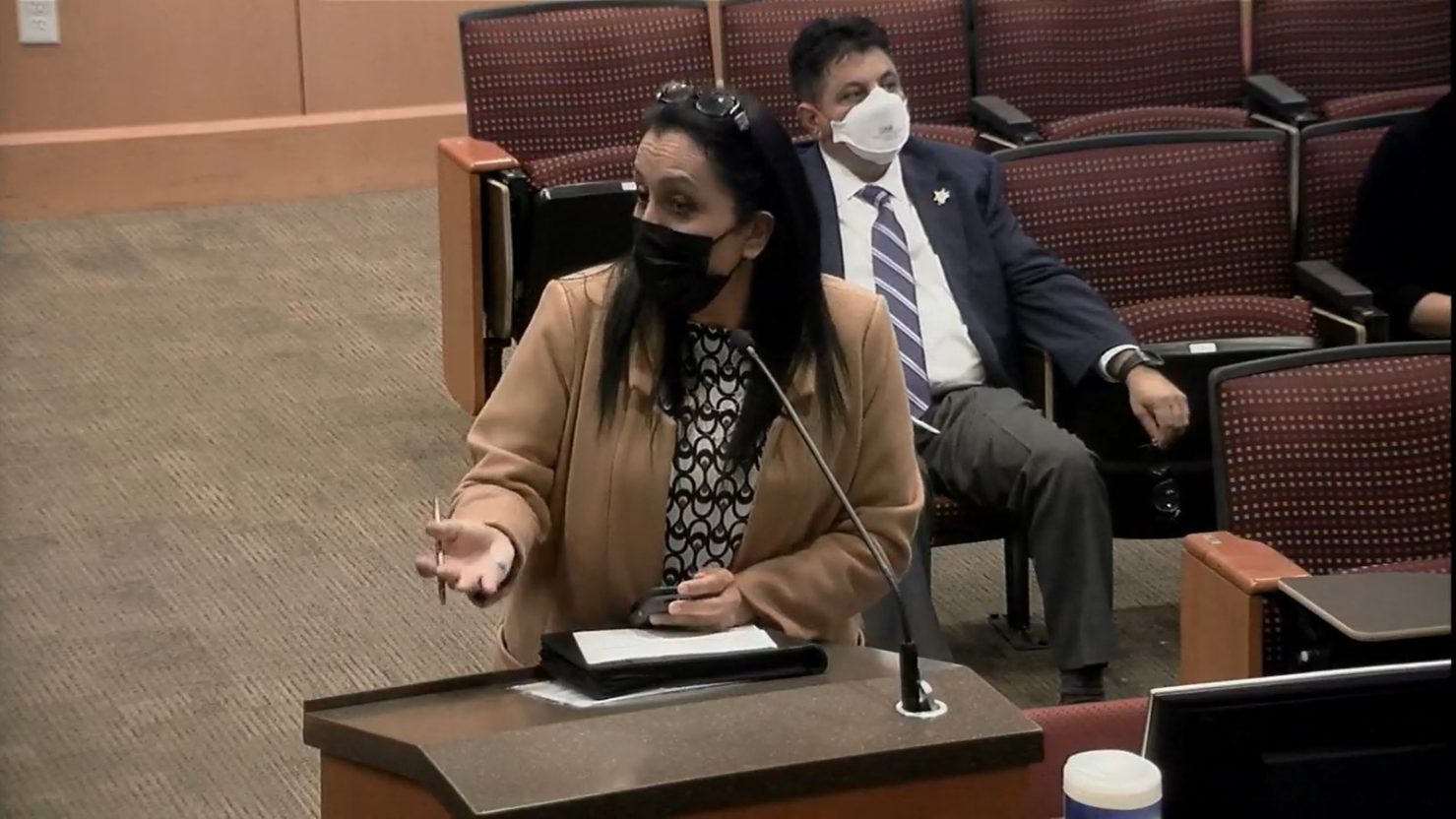 EL CENTRO — In the span between Jan. 2 to Jan. 8, the number of individuals who tested positive for COVID-19 in the county on separate days went from 100, to a record peak of 603, before dropping to 30.

The unprecedented rise to 603 positive tests on Jan. 3 was anticipated by local public health officials, who predicted that a previous daily peak of 260 positive tests on Dec. 27 was sure to be exceeded amid the current surge.

“Don’t be surprised if that (Dec. 27 peak) is surpassed in the next days with new data,” county Public Health Department Director Janette Angulo told members of the El Centro City Council during a presentation on Monday, Jan. 10.

The data that Public Health ultimately released on its online COVID-19 dashboard on Tuesday, Jan. 11 confirmed its prior projection, and underscored the agency’s concerns amid the current surge.

Angulo shared some of those concerns during a special meeting the El Centro council convened to provide the public with an update in English and Spanish about current pandemic conditions.

Though Angulo had provided the council with data released on Thursday, Jan. 6, the most recent data reveal increases in various categories.

The Dec. 27 peak of 260 positive tests appears to have been surpassed just one other time in 2021, when about 280 positive cases were reported on a single day in early January, according to the county’s COVID-19 dashboard.

A previous all-time high for the county of nearly 450 positive cases was reported in a single day on Dec. 9, 2020.

Angulo’s presentation to the council also highlighted the considerable difference in the number of currently hospitalized COVID-positive individuals with the number from a year ago.

On Monday, Jan. 10, that number stood at 86, with 24 of those in an intensive-care unit, Angulo told the county Board of Supervisors on Tuesday.

The annual difference can be explained by the greater availability of vaccines starting gradually in late 2020 and increasingly in the spring of 2021.

“We can attribute this to vaccination,” Angulo told the City Council.

The Public Health Department has also observed an uptick in the number of locals seeking vaccination at a fixed site the agency operates at the county Social Services Department offices at 2895 S. Fourth St. in El Centro.

Public Health continues to coordinate vaccination clinics with the assistance of public and private entities to reach greater numbers of individuals seeking vaccination.

“Those that can’t reach us at that site then we’ll go out to them and provide that service,” Angulo said.

Locals seeking vaccination or a booster shot are encouraged to visit myturn.ca.gov and vaccines.gov to set up an appointment or locate a vaccine provider near their place of residence.

Further updates that Angulo provided the City Council included the recent availability of monoclonal antibodies and antiviral medication in the county, increased demands for COVID-19 testing, and local health orders.

She also disclosed that individuals that test positive are not being informed about what strain of the coronavirus they contracted, and the county and state only uses such information for surveillance purposes.

The City Council was told that the county health officer is expected to soon issue a new order aligning the county’s recommendations for isolation and quarantine with that of the state’s Department of Public Health. That new health order was issued on Tuesday.

The local health orders will alter the amount of time that COVID-positive individuals and those who may have been exposed should spend in isolation and quarantine, respectively.

During the council’s meeting, interim El Centro Fire Chief Cedric Ceseña said the new local health order regarding isolation and quarantine should benefit the Fire Department, which has had some of its personnel test positive and have to isolate.

Specifically, it will potentially allow quarantined or isolated personnel to return to the job after five days as long as they are not displaying any symptoms or the symptoms are resolving, and they have tested negative.

“It definitely helps in making sure those staffing shortages don’t become prolonged and cumbersome to manage,” Ceseña told the council during his presentation.

To underscore the significance of the current surge, Ceseña noted that the 1,364 active cases the county reported on Jan. 6 was about three times greater than the number it reported about three to four weeks ago.

For El Centro, active cases stood at 356, with total positive cases at 9,716 on Jan. 6, Ceseña told the council. Some 9,112 El Centro residents have recovered from COVID-19, while 248 have reportedly died, he said.

Police Chief Brian Johnson told the council that his department in 2021 had received fewer calls for service related to the pandemic and alleged violations of its accompanying health orders than in 2020.

Johnson said that one recent isolated incident where a business was not in compliance appeared to have been from a lack of awareness of the pandemic-related requirements. He credits the drop in service calls to the educational efforts the department has undertaken.

“I’m happy to report that the last call or complaint from a citizen of a business related to COVID-19 was in August of last year,” Johnson told the council.

Because of such a positive trend, Johnson said the department will continue with its educational efforts in place of the strict enforcement of indoor masking requirements for businesses.

In the event officers are repeatedly called to a location because of noncompliance with a health order, action may be taken.

“Certainly the officers have the discretion then to write a citation,” Johnson said.

The county is currently operating under a health order requiring universal indoor masking. It went into effect Dec. 15 and will be in place until Feb. 15.

Mayor Tomas Oliva disclosed that a recent conversation he had with an unnamed store’s representative revealed that the company’s corporate office prohibited local employees from enforcing the mask mandate or requesting that noncompliant customers leave the premises.

Oliva said he would like to see more businesses enforcing the mask mandate and indicated the council could potentially remind those businesses of the county health order, which in turn those companies could forward to their corporate offices.

“If it means empowering them to do what they have to do then so be it,” Oliva said.

Edward said ongoing public health efforts and the citizenry’s actions over the next three to four weeks will be crucial to help reduce the surge the county, state and nation currently finds itself in.

He referred to the current surge as the fifth such occurrence since the start of the pandemic, and despite the county not having the kinds of increases in cases as seen in metropolitan areas, locals should not get complacent.

“We do have a reason to be very cautious in our approach to COVID,” Edward told the City Council.

Locally, the recent use of monoclonal antibody treatment has grown rapidly enough that health providers are considering adjusting eligibility criteria. Initially, such treatment was provided to about 20 people in a day but increased to the point where 100 people were treated in one recent night, Edward said.

Assistance provided by the state to the hospital in the form of respiratory equipment and additional medical personnel has helped ECRMC maintain its operations, even amid a higher level of absences during the current surge, Edward said.

Edward spent part of his demonstration talking about treatment methods such as hydroxychloroquine, chlorine dioxide, Ivermectin and inhaled budesonide and why the hospital has not widely adopted such practices.

“We do follow the guidance of the state and federal mandates,” he said.

He noted that some studies suggest hydroxychloroquine may pose heart risks for patients, and that multiple federal agencies have issued guidelines stating Ivermectin is not widely approved for battling COVID-19 because of its potential side effects.

And despite the popularity of the use of chlorine dioxide in Latin America to treat COVID-19, it is not proven to be effective, Edward said.

He also assured the City Council that the omicron variant is not resulting in the same rate of hospitalizations as the delta variant because of the wide availability of vaccines. Without knowing which other variants may soon appear, it is best for residents to continue to take precautionary health and safety measures to help avoid unnecessary hospital visits, he said.

“We’re seeing more COVID cases but less severe than what we were used to before,” Edward said, noting that federal public health officials are now talking about the coronavirus potentially becoming endemic, where it will be present among the population much like influenza is seasonally. 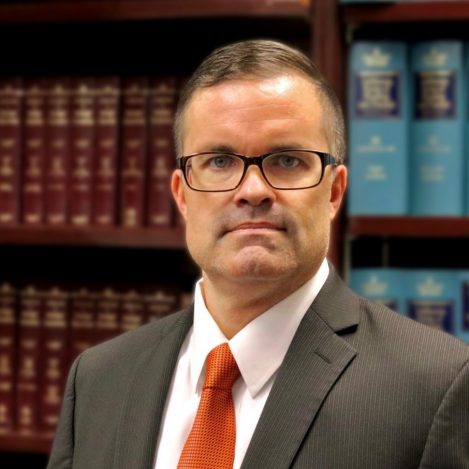