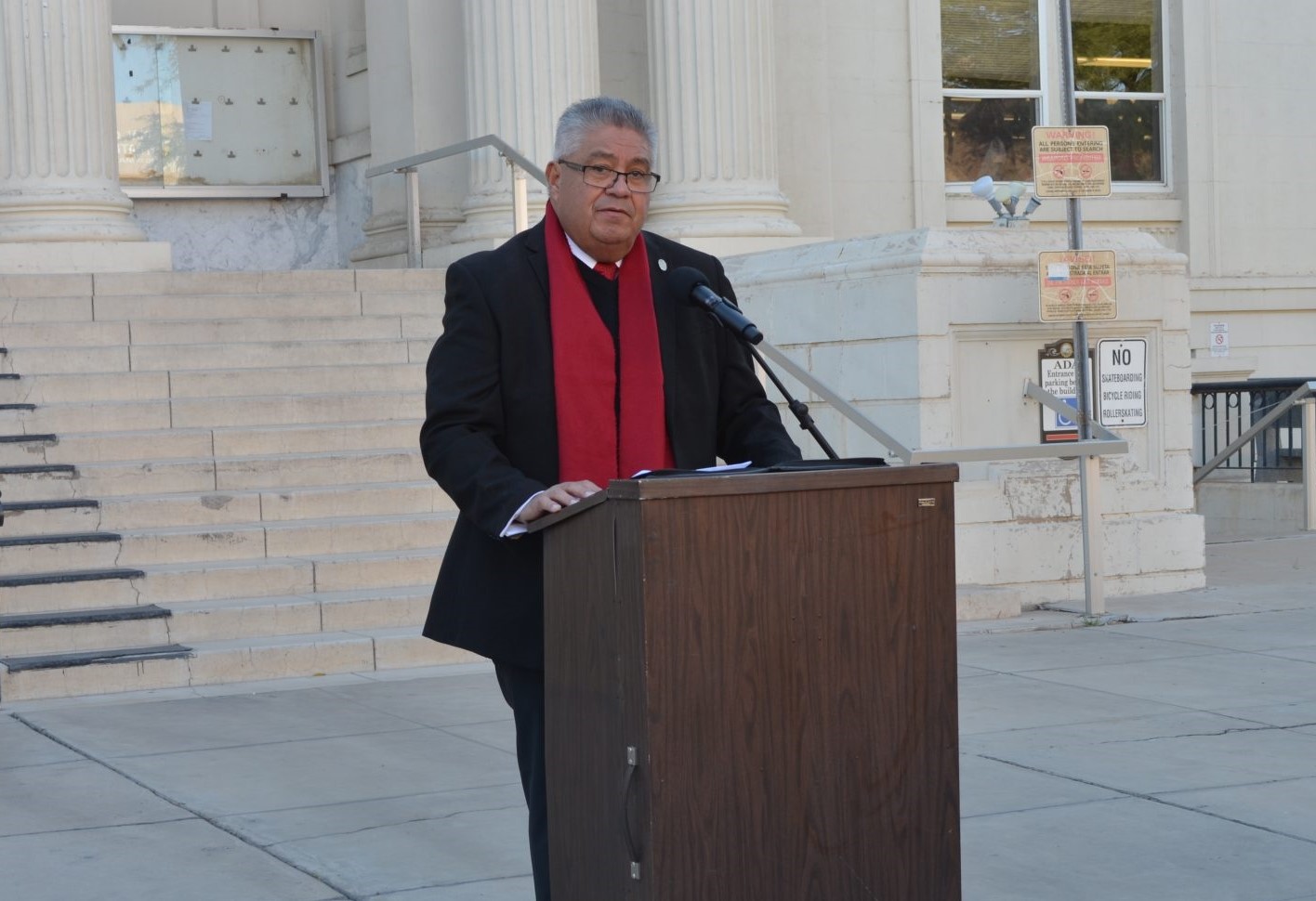 Imperial County District Attorney Gilbert Otero appears at a press conference in front of the County Courthouse on Dec. 15 announcing he will not seek an eighth term. In an unrelated matter, Otero, as a private citizen, is suing the county to compel it to honor a public record request. | JULIO MORALES PHOTO
Home
Regional News
In Regional News

EL CENTRO — A lawsuit recently filed by Imperial County District Attorney Gilbert Otero, in his capacity as a private citizen, is seeking a court order to have the county comply with a public records request related to the proposed creation and funding of additional county employee classifications.

Otero is specifically seeking all records related to a series of proposals that then-County Executive Officer Tony Rouhotas Jr. and Human Resources Director Rodolfo Aguayo had placed on the county Board of Supervisors regular meeting agenda on Dec. 7.

Otero’s lawsuit, filed in the county Superior Court on Dec. 30, alleges the county did not follow its own procedures when requesting promotions for solely the two departments’ respective employees, while excluding all similarly situated employees in other departments.

Typically, the proposed reclassification of employees will be considered during the county’s annual budget hearings, Otero stated in an email that he sent on Dec. 6 to the five members of the Board of Supervisors and other department heads.

In his email, Otero asks the board members why the CEO and HR director’s proposals were not presented at the annual budget hearings. His email further questions the origins of an “analysis” by the HR Department that Rouhotas and Aguayo reported they relied on to determine the departments’ respective employee reclassifications were merited.

No such analysis was included in the backup documents that accompanied the Dec. 7 agenda items.

Otero closed his Dec. 6 email, sent from his county-issued email address, by formally requesting a copy of the analysis, as well as any other texts, emails, phone messages, memos and reports related to the agenda items under the California Public Records Act.

Otero said he has not received any formal response or records from the county to date.

“It has taken me up to two years to get employees reclassified,” he said in a phone interview on Monday, Jan. 10. “It just seems like (the CEO and HR Department) did it on their own. If they’re going to do it for HR and the CEO’s office, do it for everyone else.”

The four agenda items in question were scheduled to be discussed and potentially voted on by the board during its regular meeting of Dec. 7 but were ultimately pulled from the agenda without explanation.

A county official indicated during the meeting that the agenda items were to potentially be brought back before the board at a future date.

And while Otero concedes his initial email to the board was motivated by a concern over Rouhotas and Aguayo’s proposals, the lawsuit itself was largely prompted by a desire to hold the county accountable to the public.

“I just felt it was better to do this as a private citizen because it effects everyone in the county who tries to get information from the county government,” Otero said. “This is pretty drastic on my part but what I did was necessary.”

Otero has retained the services of the El Centro-based law firm of Sutherland & Gerber. Attorney and former county counsel Katherine Turner said that no hearing in the civil matter had been scheduled as of Tuesday, Jan. 11.

A press release authored by the law firm stated that the county has retained the legal services of a Los Angeles-based attorney. The county did not respond to a request for comment about the lawsuit.

The county must provide a response to a formal public record request within 10 days, pursuant to state law.

Generally speaking, such a response determines whether the request, in whole or in part, seeks copies of disclosable public records in the possession of the agency in question. The agency’s response would also promptly notify the person making the request of the determination and the rationale, the press release from Sutherland & Gerber stated.

If the county determines that it has no records or those records are not public, it must provide an explanation and the names and titles or positions of each person responsible for the denial.

“Failure to provide any response within the ten days leaves the office of County Counsel and the responsible departments potentially liable for the attorney fees and costs involved in the litigation necessary to obtain the public documents,” the press release stated.

Though Otero was able to speak with interim CEO Ben Salorio about the matter, no resolution was forthcoming, Otero said.

The proposals by Rouhotas and Aguayo sought to create and fund new employee classifications as promotions for multiple employees within their respective departments. The proposals also requested to unfund those subordinate positions upon their vacancies.

Each of the proposed positions were at a salary range greater than the subordinate positions that would have been unfunded and left vacant if the resolutions would have been considered and approved by the board on Dec. 7.

The four respective agenda items related to the employee reclassifications did include some backup documents that stated no fiscal impact was expected to the county’s fiscal year 2021-22 general fund budget.

The additional compensation proposed for the new positions, ranging from a total of about $16,000 for the CEO’s three new positions to about $4,800 for the HR Department’s office technicians, was to be offset by the existing budget, the backup documents stated.

The backup documents further stated that based on an analysis conducted by the Human Resources and Risk Management Department, the departments needed the new classifications to serve comprehensive programming needs and assignments.

Typically, county departments that seek new employee classifications will rely on the services of a third party to perform such an analysis, Otero said. Often, those analyses will take more than a year to complete.

“To me it just seems that if they would’ve had a legitimate written analysis, they would’ve provided it” in the backup documents, Otero said. 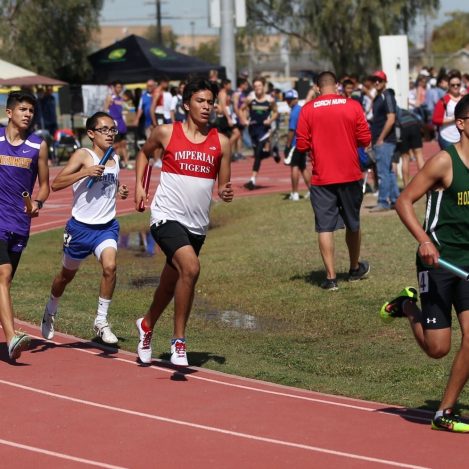