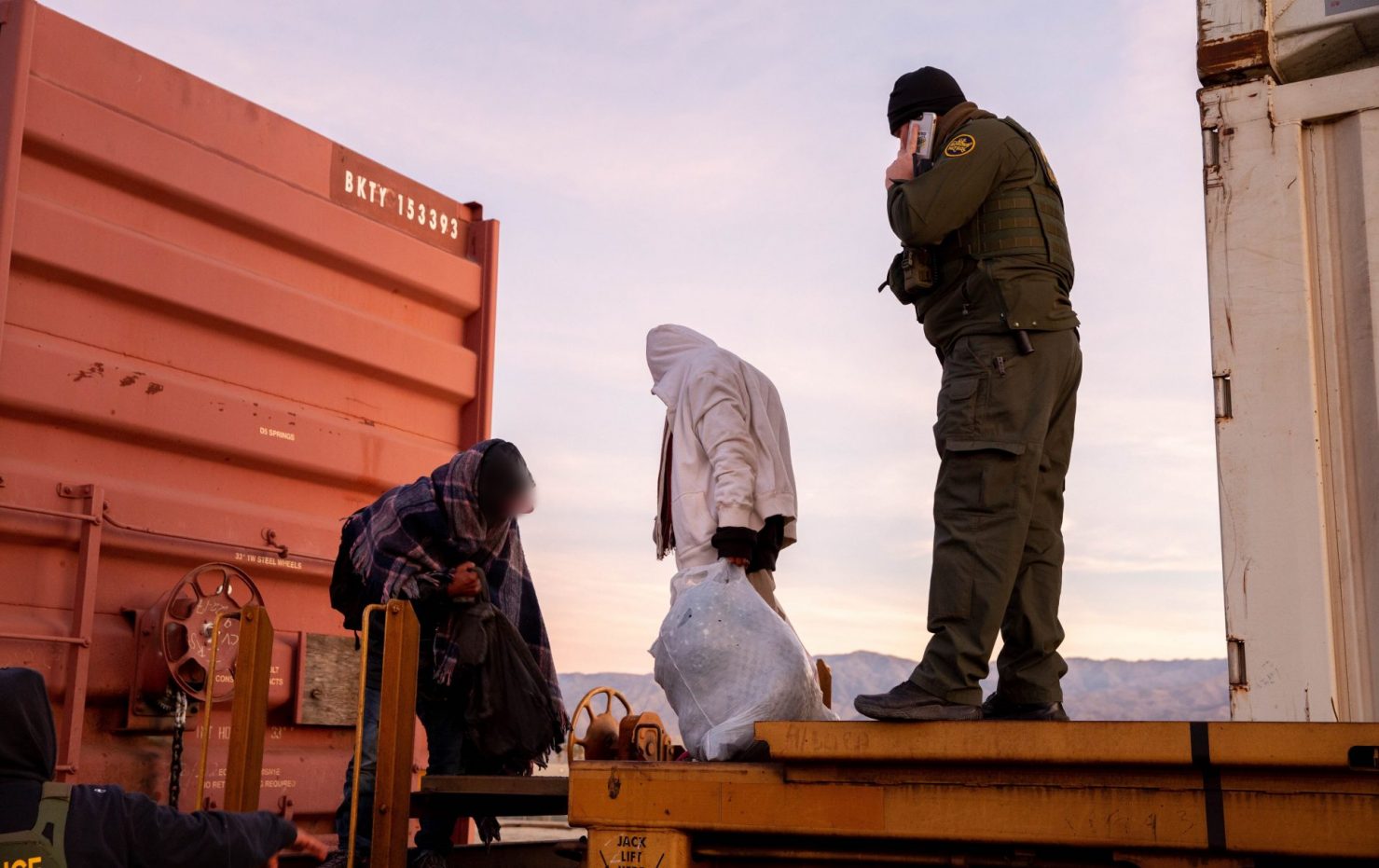 Border Patrol Says They Were Attempting to Circumvent Checkpoint

NILAND — Some 26 undocumented individuals aboard a freight train near the Highway 111 checkpoint near Niland were apprehended by El Centro Sector Border Patrol agents on Tuesday morning, Jan. 4, according to a press release.

A train conductor notified agents working at the checkpoint around 4:45 a.m. that he observed a group of individuals attempting to circumvent the checkpoint aboard his train traveling northbound through Bombay Beach, five miles north of the checkpoint.

Agents responded to the area and encountered 10 undocumented individuals. Members of the group stated there was an additional group aboard the train. The conductor was notified of the other group and the train was stopped by the Indio train yard near Dillon Road and Avenue 48. Responding agents encountered an additional 16 undocumented individuals.

Welfare checks were conducted on all 26 individuals and no medical assistance was needed. Agents transported all the individuals to the El Centro Sector’s Centralized Processing Center to be further medically evaluated and processed.