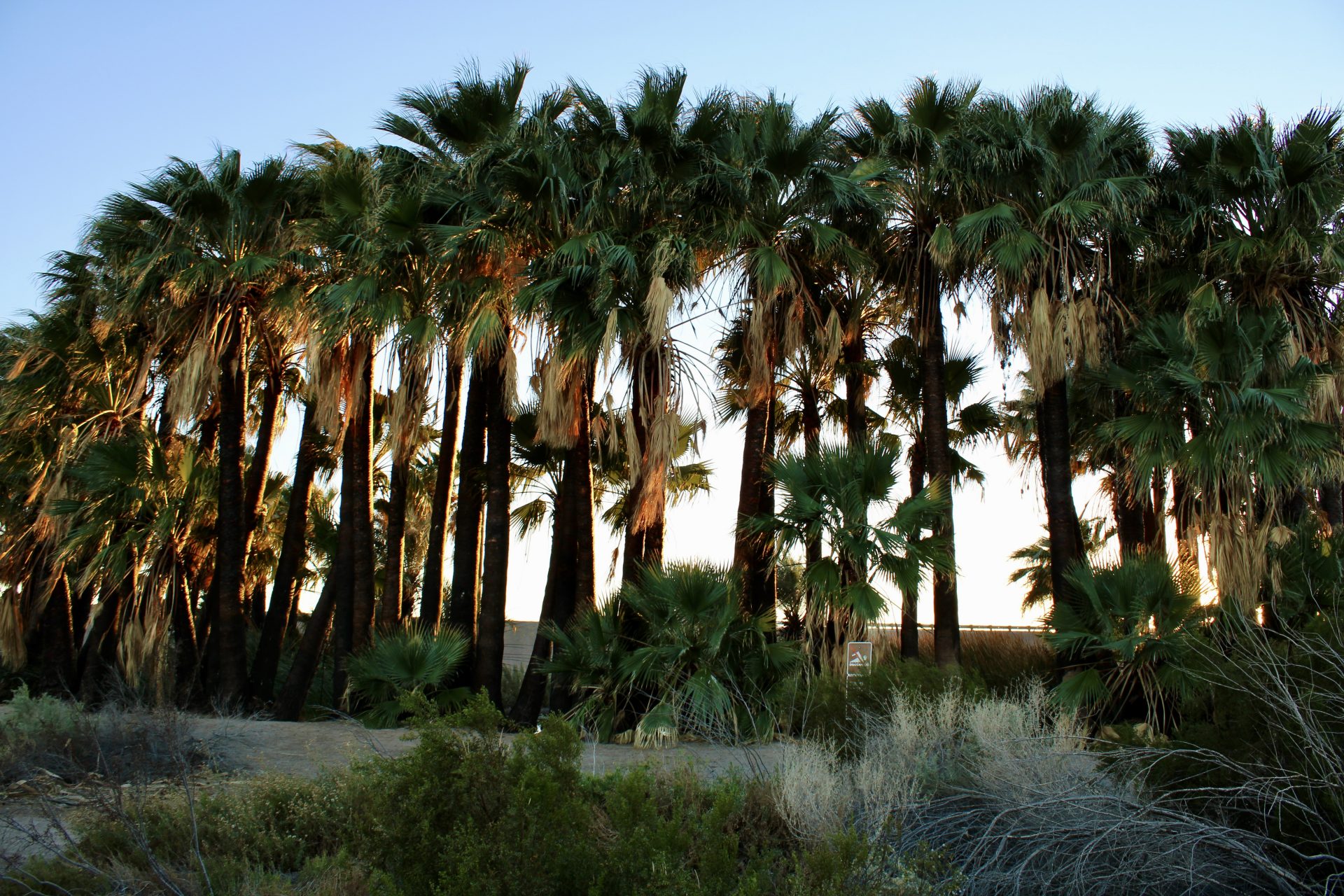 HOLTVILLE — Birds of a different sort of feather flocking together are sure signs that a year after a fire swept through the area, life has returned to Holtville Hot Springs Long-Term Visitor Area.

Apparently open, according to the U.S. Bureau of Land Management, those birds — or “snowbirds,” rather — have returned to camping in the area, taking a dip in the hot springs, and caring for the maintenance of the pool site, which was closed to them last year at this time.

The normally extremely active location fortunately had few people around, so no injuries were reported in relation to this three-alarm fire that burned eight acres on both sides of Interstate 8 at Van Der Linden Road on Dec. 18, 2020. Pandemic restrictions had closed the pool area and Imperial County had few snowbirds overall due to a major winter surge.

“Last year, we didn’t have very many snowbirds because of the pandemic … They’re coming back, and just in the nick of time to be opening things up … and they have been missing (the hot springs), you know, because of the closures, so they’ll be happy its back open,” District 5 Imperial County Supervisor Ray Castillo, who represents the Holtville area, said on Tuesday, Dec. 28.

The pool site includes two cement-lined pools, which are filled with water pumped from a geothermal aquifer, making the two pools’ temperature range from around 104 to 110 degrees Fahrenheit. Beside the pool area, there is a small palm tree oasis, where the spring water flows to the surface naturally. Both the pool and the oasis sit directly across Evan Hews Highway from the long-term visitation area, and both were heavily affected by the fire.

One of the Holtville Hot Springs Long-Term Visitor Area residents who asked only to be identified as Peter, said the snowbirds had to fight to get the hot springs reopened.

“Last year, we had almost no one at the visitor’s area, and not a single Canadian at all, which we usually get lots of. This year we’ve had hundreds of people come and camp at the visitor area, and around 40 Canadian back,” said Peter as he sat in one of the hot spring’s pools on Monday, Dec. 27.

Peter said he is originally from Minnesota and spends six months of the year on his farm there and six months here in the Imperial Valley for the last few years, staying almost exclusively at the Holtville Hot Springs area or at RV parks in Yuma.

When Peter and others initially arrived back to the Valley this year, they discovered that the pool area was still locked by the BLM.

“We got here and there were locks and chains on both gates,” said Peter, before being interrupted by an unidentified man who claimed that the residents of the area cut the locks on the gate.

Peter neither confirmed nor denied this man’s statements, simply saying, “We were very insistent that we use the pool.”

Peter clarified reasoning for the insistence, explained that the long-term visitors from the visitor area felt they had the right to use the space, since there was no longer an outdoor mandate and since maintenance for the site is handled not by the BLM but by visitors staying in the long-term visitor’s area.

“Every Tuesday morning, we pump out the water, there are no drains in the pools so we have to use a gas-powered pump, and then use a 3300 PSI (pounds per square inch) pressure washer to clean it up … you would be amazed at how much algae grows in a week,” said Peter, also stating that the supplies for maintenance were provided by the BLM.

The hot springs is not just a draw for snowbirds, but also attracts residents from around the county to visit as well. One young couple, Victor Cuervo and his girlfriend, Anna Rodriguez, shared that after discovering Cuervo had never been to the hot springs, they decided to make the drive from Rodriguez’s home in El Centro to “check it out,” during an interview on the morning of Dec. 28.

“I am amazed at how much everything has regrown in just a year,” said Rodriguez as she stood next to the small oasis outside the pool area.

“I had only seen photos of it, but it looks completely different than what I saw. You can still see the black from where the fire was, but then there is also all kinds of new growth,” added Cuervo.

According to Rodriguez, they had been originally planning on soaking in the pool area but elected not to after arriving to the hot springs, saying it was too cold, windy, and crowded for her to want to get in, so they chose instead to walk around the oasis, taking photographs and exploring. Rodriguez and Cuervo shared that they plan to return in a few months after the weather begins to warm to soak in the spring water.

Peter also noted an increase in wind since the fire, along with an increase of highway noise, which he attributed to the destruction of vegetation which previously blocked both wind and noise.

“About a month and a half (after the fire) the palms all had spotted leaves, and this is one year later and now they’re all recovered at the tops. It looks like they always did, except now we’re missing that, you know, that hula skirt they have… We’ve noticed some wind and a lot of noise from the highway without those skirts,” said Peter.

BLM couldn’t be reached for comment other than an email from Michelle Van Der Linden, public affairs officer of California Desert District, stating the campground is open and operational. 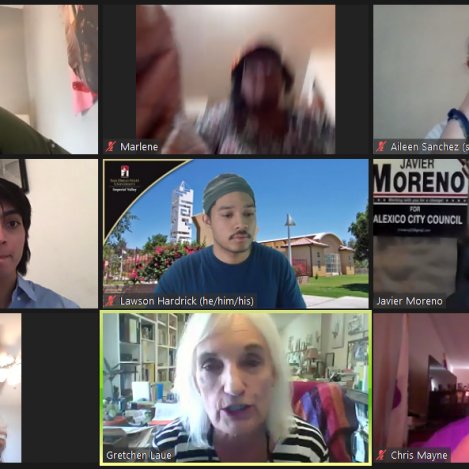