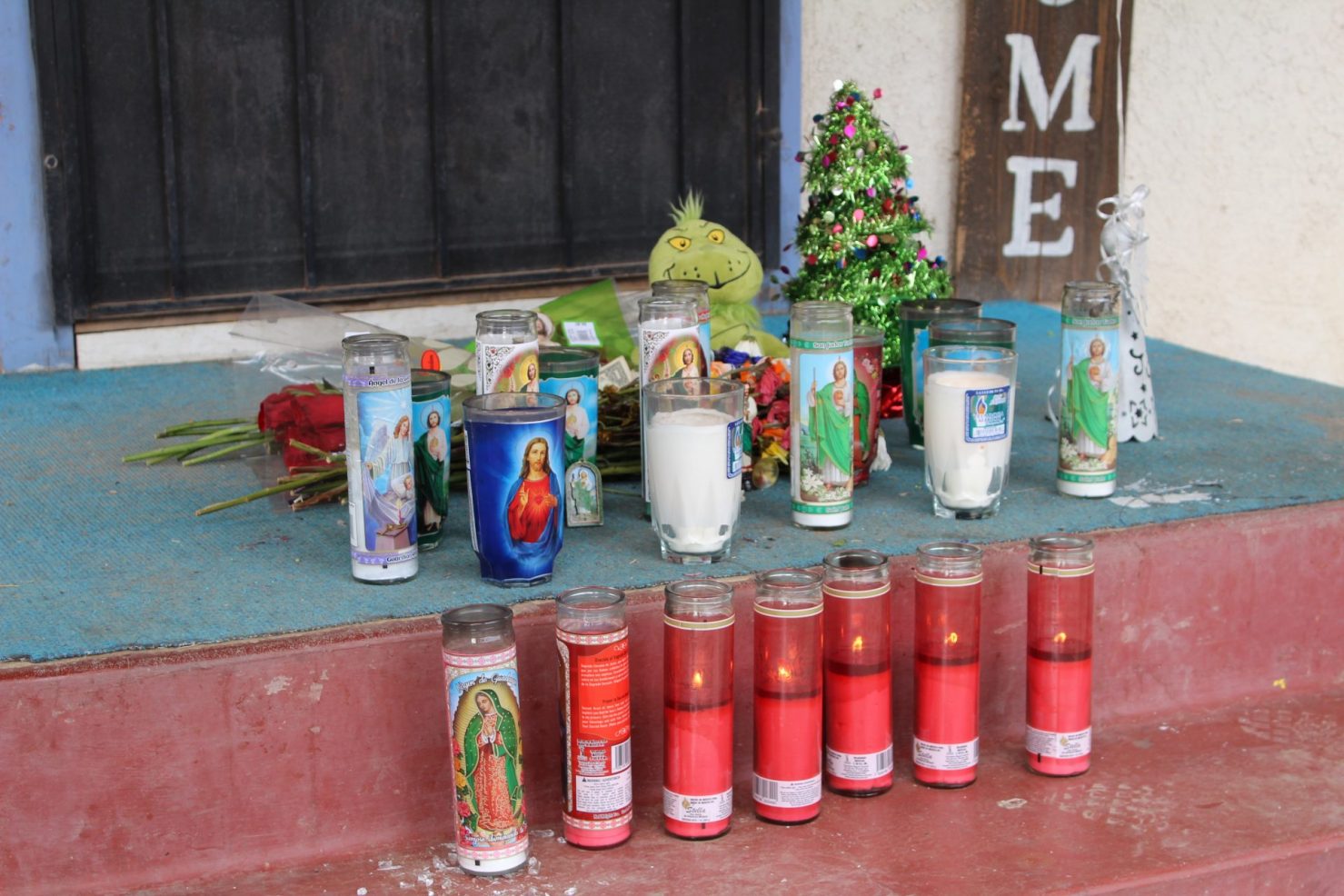 A memorial sits on the doorstep of the Adler Street house in Brawley where 23-year-old Jajaira Marie Solano, a mother of three, and 25-year-old Jose Cervantes were killed by gunfire in what police say was a “murder-suicide” on Christmas Eve, Dec. 24. | KATHERINE RAMOS PHOTO
Home
Regional News
In Regional News

BRAWLEY — An apparent argument between a man and a woman late Christmas Eve, Dec. 24 led to what Brawley police are investigating as a “murder-suicide,” according to a press release that was issued on Monday morning, Dec. 27.

The identities of those involved are not being released by police at this time, but according to a GoFundMe page set up by family of the woman on Sunday, Dec, 26, and further information provided by the family on Monday, the 23-year-old woman involved in the incident is identified only as Jajaira Marie Solano, a mother of three children.

The man involved has been identified as 25-year-old Jose Cervantes, according to the Imperial County Coroner’s Office.

Around 11:40 p.m. Christmas Eve, officers were called to a residence in the 700 block of Adler Street, no east or west specified, regarding reports of shots being fired, according to the press release.

“When officers arrived on scene, they learned that a man and a woman had been arguing inside a bedroom when two gun shots were heard,” the press release states. “Officers entered the residence and located two individuals, one male adult, and one female adult, who had both sustained apparent gunshot wounds.”

Much of the weekend social media was spreading the news of the incident, after a scanner radio Facebook page first reported police response to the house on Adler. A later posting first revealed unconfirmed reports of a murder-suicide.

“We would just like for Marie to be remembered for who she was, a happy, outgoing, loving mother, daughter, granddaughter, cousin and aunt,” said her oldest cousin, Carlos Gonzalez in a message sent to the Calexico Chronicle. “She will be deeply missed. She was 23 years old full of life, she lived for her three kids who were her world, she was a happy soul, always smiling and making friends everywhere she went.

“Thank you to everyone for all the support we’ve been receiving,” he added.

Brawley police officials were not available to speak on the incident throughout the weekend.

On Monday, the Imperial County Coroner’s Office would not release the identities of those involved, referring inquires to the Brawley PD.

The investigation into the incident remains ongoing, police stated. No other information is being released by police at this time. Anyone with information regarding the incident should contact the Brawley Police Department at 760-344-2111. 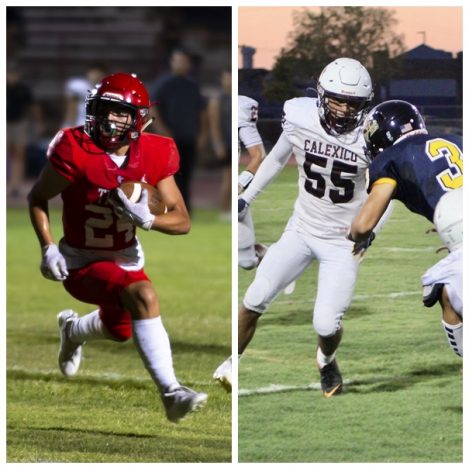