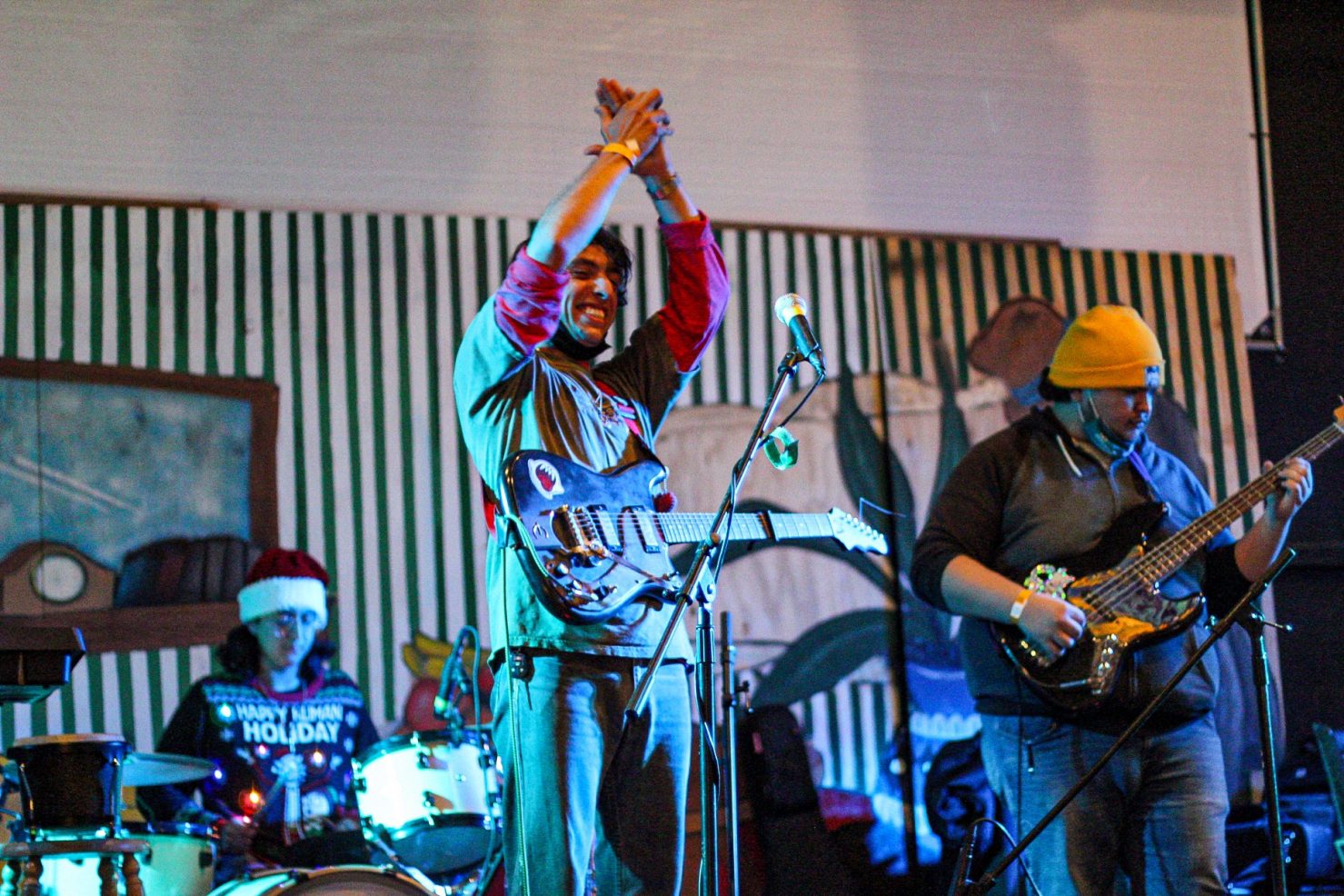 Docta Groove and The Free Folk, a band out of El Centro, performs at the 16th annual Viva El Valle music and art show on Thursday, Dec. 23 at The Vibe Event Center in El Centro. Docta Groove is on Spotify and can be found on Instagram: @doctagroove | MEGAN JONES PHOTO
Home
Featured Stories
In Featured StoriesRegional News

EL CENTRO — As a steady stream of live music pulsed on the stage of The Vibe Event Center from afternoon into the night, the growing vibrancy of the Imperial Valley’s art and music scenes could be heard and seen at Viva El Valle 2021.

On Thursday, Dec. 23, talent from the Imperial, Coachella and Mexicali valleys shared the stage and exhibit space in the 16th annual music and art show put on by Strangers and Co. clothing and marketing company in El Centro, making Viva El Valle one of the punkest company gatherings ever.

“It’s our annual company Christmas party, and we do it for everyone. This is the 16th year, and like I said, we do it for our friends that come from out of town to visit their families and just something to get together during the holiday, and it brings (out) artists, music, local vendors, everything,” said Felipe Stranger, one of the five organizers for Viva El Valle, during an interview at the beginning of the event.

Since its inception in 2004, Viva El Valle has grown into a large-scale community event attended by hundreds of people. As the event has grown — with the exception of last year’s hiatus due to a major winter surge in the ongoing COVID pandemic — its heavy attendance by people of all ages and backgrounds has signaled a changing Imperial Valley community, one that includes the blossoming of a previously non-existent art scene.

(Read about the history of Vive El Valle here)

“When I was living down here, there was really not an art scene, so to me, to see that there is something like this going on is incredible. You know because there was literally nothing going on when I was here. I had to move out of the Valley to do art. It’s amazing,” said Ricardo Islas, a San Diego-based artist who hails from Calexico.

Islas didn’t have any art showing this year as in previous years, saying that he had too many projects to have been able to create art for this event. Yet he still felt the need to travel from San Diego to support the event and the artists who made it possible.

As Islas sat at the bar inside of The Vibe Event Center, he shared how in 1991, he was forced to leave Calexico, to try to find work in a community where he could also participate in an art scene. When asked if he would have left the Imperial Valley if he could have participated in events like Viva El Valle, he answered simply, “Probably not, if I could have done this here, I probably wouldn’t have left.”

Viva El Valle featured a “low-desert” line up, with musicians and artist from the Imperial, Mexicali, and Coachella valleys, including Mike Rios, Ernesto Yerena, Star27, Anta, Fernando Corona, Fernando Reza, Matt Adams, The Blank Tapes, Zache Davis, Ronni NoGood, Docta Groove and The Free Folk, DJ Baby Gee, the Mystic Rivers, and Tabula Rasa of Mexicali, which was only playing with three of its members due to COVID issues that restricting the rest of the band from coming across the border.

“Desert Legend” Sean Wheeler, known for his musical work through the punk band Throw Rag, served as master of ceremony and later in the evening performed with Ronni NoGood of El Centro.

“This has been a really awesome event. There is a little bit of everything. All different kinds of art and music and food and stuff to shop at, and everything has this funky eclectic vibe. It’s very cool,” Imperial resident Brittany Glass said as she walked through the art exhibit.

Fernando Reza, a Sony animator and El Centro resident, was among the artists showing their work in the exhibit Glass walked through.

“I love this. I used to rent out the space above Brooks Jewelry … after that it burned down and everything, it was really a blow to like the local art scene and it’s just nice to see them back on their feet and putting together an event for the community. It’s very cool,” Reza said.

Reza explained that he became involved with Viva El Valle after renting a space above what was once El Centro’s Brooks Jewelry, which was owned by Stranger’s and Co. partial owner Jacob Zavala. In February 2019, the building was lost to a fire, an event which, according to Reza, struck a devastating blow to Zavala, and by extension, the Imperial Valley art scene, of which Zavala had become such a large part.

While Viva El Valle would be easy to write off as just a fun, cool event that has no lasting impact on the community, it would simply not be accurate. For 18-year-old Maria Garcia, attending Viva El Valle became an eye-opening experience after realizing her dreams were within her grasp.

“I want so badly to be an artist, but my parents want me to study to be a teacher, or a nurse, or something that makes money, but a lot of the artists here do that stuff for a living … They are here, and they are nurses, and they are artists. That means I can be, too,” Garcia said happily outside the door of the venue.

Paul Nilson, a musician from Holtville, an flight nurse, and honorary “Stranger,” supported Garcia’s assertion, explaining that many of the artists and musicians are like him, working professionals in other fields, who create art and music in their free time.

Previous
How to Enjoy Free Holiday Bowl Events, Including Parade 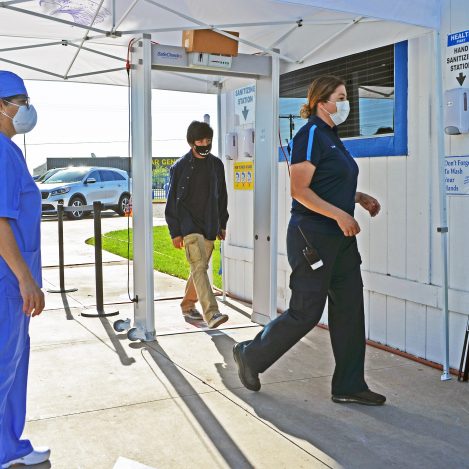