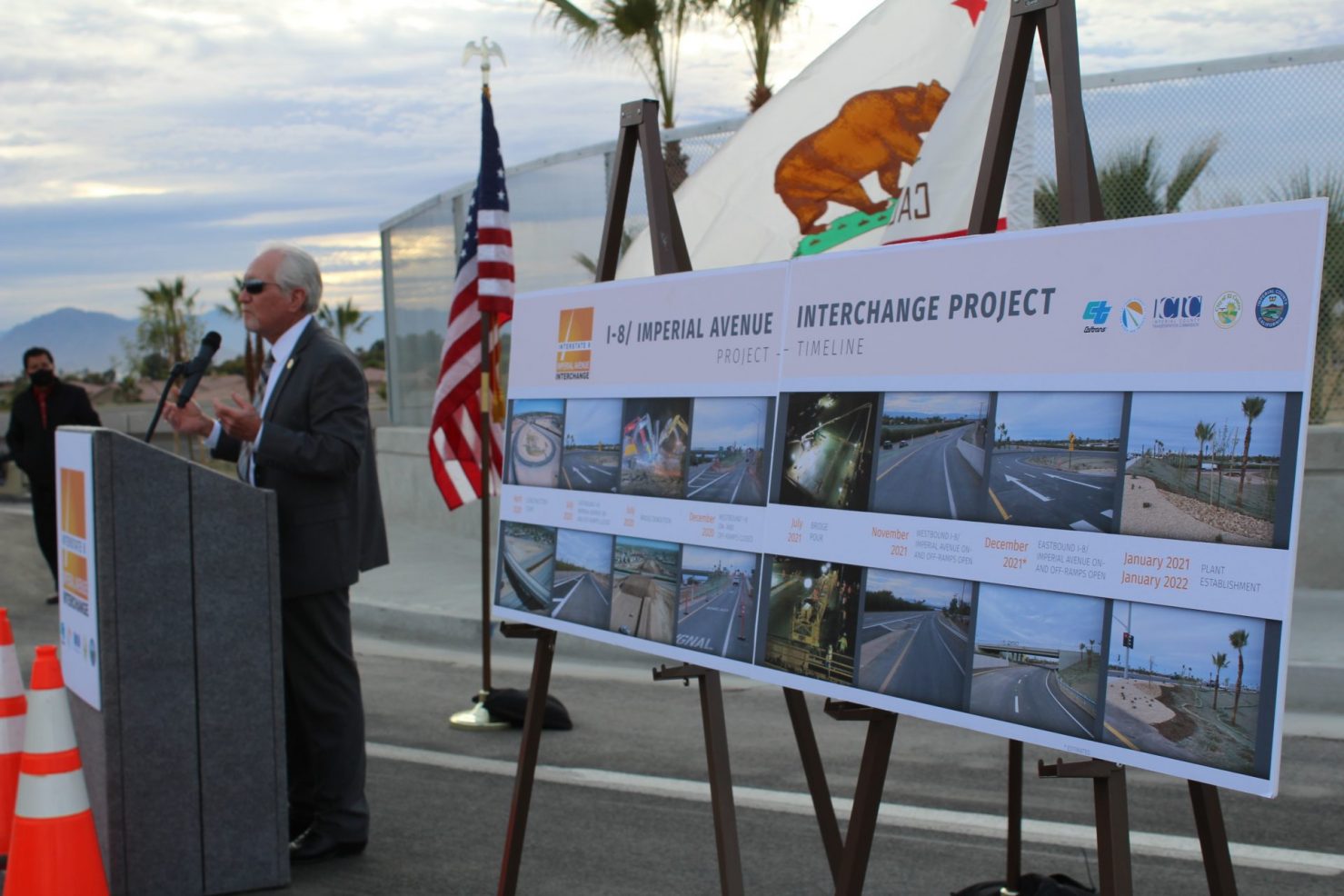 Imperial County Board of Supervisors Chair Mike Kelley speaks during a ribbon cutting ceremony beside state Department of Transportation charts showing the stages and other information about the project, which started in April. | KATHERINE RAMOS PHOTO
Home
Regional News
In Regional News

EL CENTRO — El Centro got to open a big Christmas present a few days early with the official ribbon cutting of the new and much-improved Interstate 8 and Imperial Avenue interchange, bringing one chapter of a much larger extension project to a close.

The ceremony was atop to new interchange bridge on Tuesday afternoon, Dec. 21.

The project removed the original two-lane interchange bridge over the interstate back in April and has replaced it with a new bridge including the construction of a new entrance loop from southbound Imperial Avenue to eastbound I-8. The new interchange will also be part of the city of El Centro’s extension of Imperial Avenue project in the future.

Back in November the westbound ramps were open for use, and Tuesday’s ceremony officially opened the entire bridge to the average 33,000 vehicles that will use it every day.

Dallarda added there will be a community marker that will say El Centro on the bridge in the future.

“It is going to be able to accommodate all the traffic that is expected to grow in this area, particularly when the city of El Centro connects this all the way down to McCabe Road,” Dallarda said. “It’s not just passenger vehicles, it’s going to allow the transportation of goods in the Imperial Valley, particularly with the border.”

Imperial County Transportation Commission Interim Executive Director David Aguirre said this interchange bridge will help improve traffic on both city and county roads, with the future extension doing more once it is complete and will even improve air quality with the break-up of traffic along the other roads.

El Centro Mayor Tomas Oliva said this is a project that has been in the works for 20 years. Oliva even remembered growing up and hearing people talk about doing something to improve the interchange or extend Imperial Avenue.

“It’s very exciting to now see that I’ve been part of the this planning to push Imperial Avenue all the way down to McCabe Road because it is regionally significant, it allows for transportation movement, goods movement, economic development, and it’s going to open up all this space south of the freeway,” Oliva said.

Imperial County Board of Supervisors Chair Mike Kelley echoed Oliva’s sentiments, saying he remembered the talks to extend Imperial Avenue years ago that never came to fruition. Kelley also said he recalled working on the south end of town and having to go around to get to his office every day. Standing on the interchange made him feel like he was in a different city, he added.

“I thought, ‘wouldn’t it be nice if they had one road that went all the way down to McCabe?’” said Kelley during the ceremony. “I am so happy that everyone worked together to make this happen.”

The interchange is part of a larger project the city has planned that will extend Imperial Avenue all the way down to McCabe Road. The extension will give better access to the south side of El Centro and open up the area to the possibility of more development be it residential or commercial.

The total predicted cost for the extension is $17.15 million, according to charts created by Caltrans. It is not a firm number and Oliva has a feeling the project will not begin for a while. The total cost for the interchange bridge cost $44 million.

“We know it’s been a headache, we acknowledge that, and we hope that you know that your patience is well worth it because this is a beautiful project, well invested taxpayer dollars,” said Oliva to the citizens of El Centro. “And this is just the beginning of smart growth improvements in the city.”

Interstate 8-Imperial Avenue eastbound on- and off-ramps opened officially Tuesday night, Dec. 21. Caltrans asked that motorists drive with caution as others familiarize themselves with the new traffic pattern.

The westbound on- and off-ramps had opened several weeks ago.

Next
Viva El Valle is Back and is Bigger, Bolder Than Ever
Start typing to see results or hit ESC to close
Imperial County news Calexico Chronicle Calexico News Covid-19 COVID
See all results
More Stories 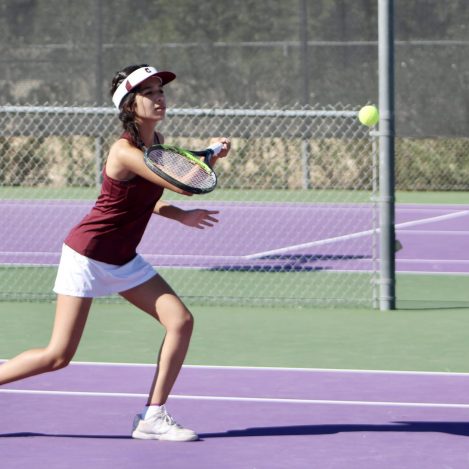