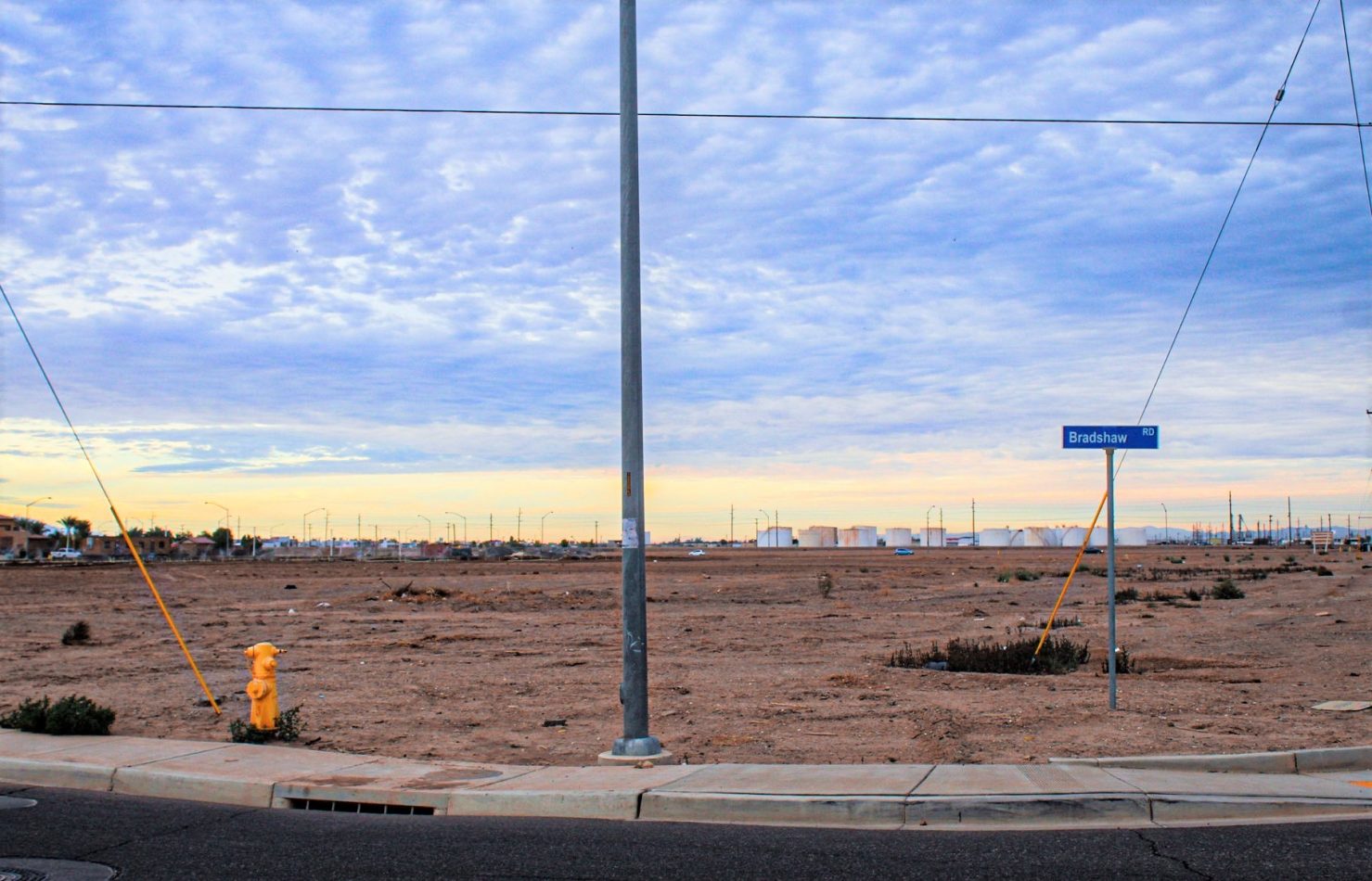 The future site of the Town Center phase 4 project, to be located at the northwest corner of Eighth Street and Bradshaw Drive, was approved by the El Centro City Council on Tuesday night, Dec. 21. | MEGAN JONES PHOTO
Home
Regional News
In Regional News

EL CENTRO — A proposed 180-unit apartment complex to be located near the county airport’s extended flight path has been approved by the El Centro City Council despite an airport commission’s written objection.

The objection by the Airport Land Use Commission to the Town Center phase 4 project, to be located at the northwest corner of Eighth Street and Bradshaw Drive, was based on a determination that found the proposed project to be incompatible with the 1996 Airport Land Use Compatibility Plan.

That compatibility plan limits residential development in a so-called “Extended Approach/Departure Zone” to no more than one dwelling unit per acre. As proposed, Town Center would create multi-family units that average 15.5 dwelling units per acre.

Yet, in choosing to formally overrule the Airport Land Use Commission’s determination, the City Council relied on 2011 guidelines from the state Department of Transportation that allows for residential development to be situated in an applicable zone as defined by Caltrans’ updated California Airport Land Use Planning Handbook.

Accordingly, the Town Center’s residential units will be situated on 11.5 acres that fall within a zone Caltrans defines as a “Traffic Pattern Zone,” and not an “Outer approach/Departure zone.”

“That (traffic pattern) zone is compatible with residential uses at any density,” city associate planner Angel Hernandez told the City Council during its Tuesday, Dec. 21 meeting.

The Town Center project also proposes to construct parking lots, a pool, clubhouse, dog park and common open space within the zone classified by Caltrans as an outer approach/departure zone.

Further plans call for commercial development on the remainder of the 19.3-acre property that is not devoted to the 11.5-acre phase 4 residential project, and which falls within the airport’s outer approach/departure zone.

“We are planning to receive some commercial proposals for this area,” Hernandez told the council.

The project site is located about 1.8 miles southeast of the airport. Any concerns that some council members expressed about the project’s proximity to the airport’s flight path were eased by a letter from the Federal Aviation Administration that indicated its overall support for the project.

Aside from the council’s vote to overrule the commission’s determination, it also approved a series of resolutions for Town Center’s zone change, mitigated negative declaration, and subdivision plan following the resolutions’ respective public hearings.

Council member Cheryl Viegas-Walker called the compatibility plan “hopelessly outdated” and expressed confidence that the Town Center phase 4 project would’ve been in compliance had the plan been updated.

Stakeholders are currently examining the possibility of obtaining support from Caltrans and the Southern California Association of Governments to help finance the plan’s update.

“I will continue to track that with the goal of getting that 1996 plan updated as soon as possible,” Viegas-Walker said.

About $3.6 million of the city’s $14.1 million American Rescue Plan Act (ARPA) allocation will be diverted to the city’s Measure P account to pay for previously approved ARPA expenditures, following the approval of a resolution by the council.

The $3.6 million in ARPA funds had previously been authorized to be spent on addressing COVID-related losses in revenue and enhancing government services and public safety.

Those expenditures include $1.3 million in accessibility improvements at City Hall, $615,000 for Automated License Plate Recognition cameras, $750,000 for a type 1 fire engine, and $99,000 for a 2020 Freightliner dump truck, to name some expenditures.

In a separate resolution before the council, it also approved the purchase of the Freightliner dump truck for the city’s Parks and Recreation division.

Three longtime city employees with nearly 90 years of combined public service were honored by the City Council during its meeting on Tuesday.

All three were presented with plaques recognizing their employment with the city and posed for pictures with the council afterward.

Villicaña had initially started with the Community Development Department as a specialist in February 1992 and was able to move up the ranks. She said she was looking forward to spending more time with her family during her retirement.

“It’s time to give the young ones a chance to move up,” she told the council.

Officer Boston was hired by the Police Department in August 1992 and served in many different assignments, including traffic patrol and as a school resource officer.

Speaking on behalf of Boston, who described himself as a man of few words, Chief Brian Johnson said he was able to observe Boston excel at his job as a school resource officer.

“Mike you should go into retirement knowing that you’ve touched many lives, not only here in the city family, but really in this Valley through all the children that you’ve mentored through the years and hopefully put them on a path to be just great model citizens for all of us,” Johnson said.

Sgt. Nuñez’s tenure with the department dates to March 1993. Also speaking on behalf of a fairly silent Nuñez, Chief Johnson said he credited him with creating a culture of service and selflessness within the department.

“This is a huge loss for our organization and our city,” Johnson told the council. 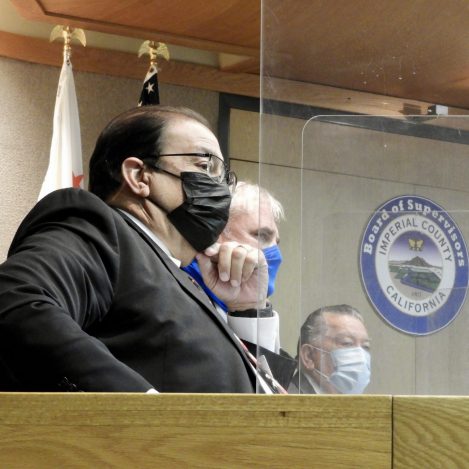