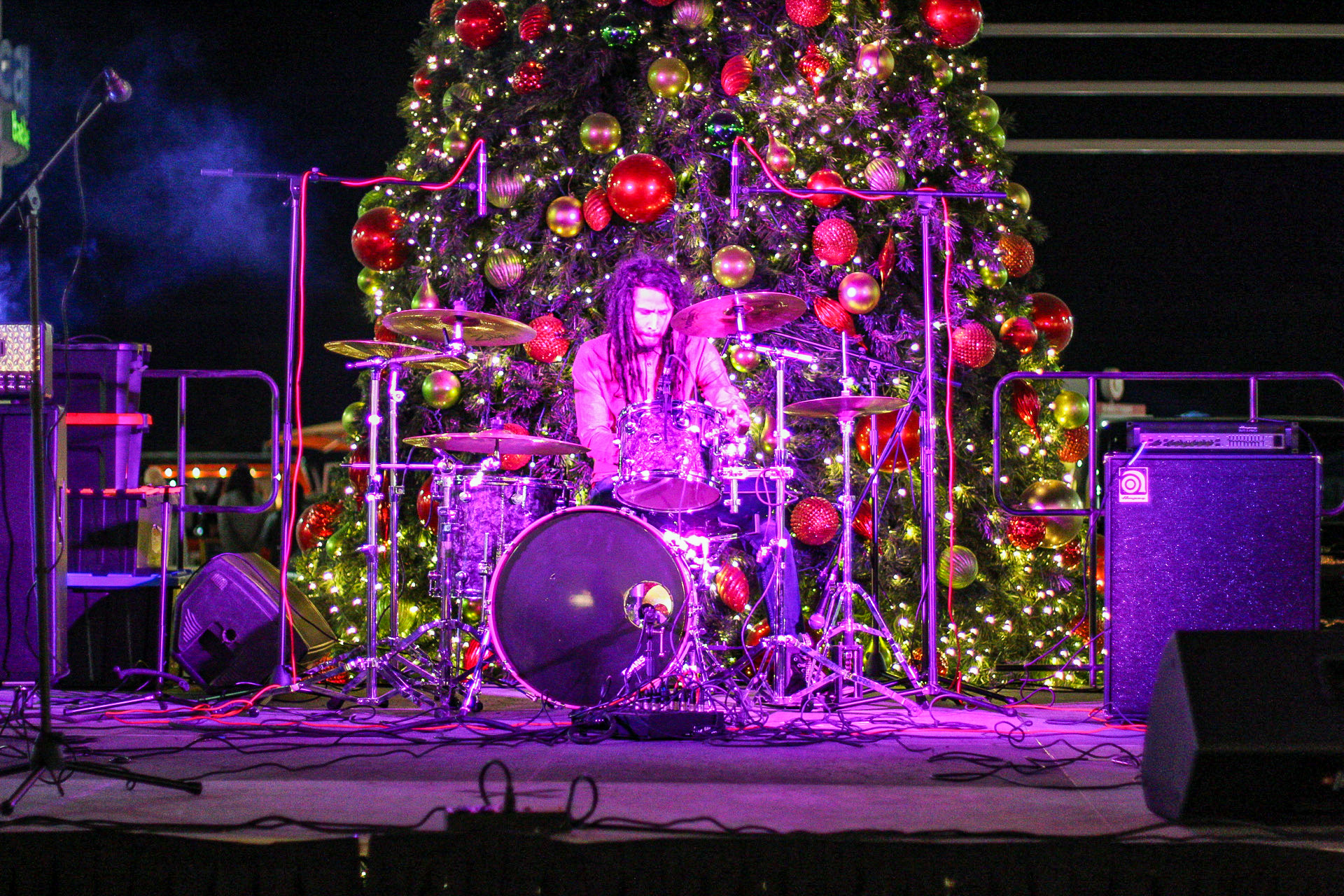 Victor Bosc, a Mexicali native, plays the hand drum on stage at the Art Walk on the Border in Calexico on Friday night, Dec. 17. More than 50 artists and vendors packed the Gran Plaza Outlet grounds during the cultural event organized by MiCalexico. | MEGAN JONES PHOTO
In Featured StoriesLocal News

CALEXICO — Art Walk on the Border saw musicians and artists come together to display their pieces and perform their songs for a crowd hungry for culture in the crisp night air.

“Who knew we had so many talented people here? I have seen paintings, and the music is great, and they’re even painting a little library,” Calexico resident Linda Benavidez said taking in all to see and hear at the Art Walk on Friday night, Dec. 17.

Calexico’s own pop punkers Sweet Orange shared a stage with such diverse artists as Chicago’s Abby Lyons, a popular singer-songwriter and ukulele player on YouTube whose channel has more than 52,000 subscribers, alongside Mexicali native Victor Bosc playing the hand drum, alongside the Calexico/Mexicali duo Classical Femme, a violinist and cellist, and much more.

Artists could be seen selling their painting and drawings in all sorts of media, even sketching and creating at their tables or on the floor with chalk. And that artistry extended to the handmade wares at booths selling soaps, jewelry and more.

After a two-year hiatus, Calexico’s Art Walk on the Border returned, providing local artists, artisans, and performers a platform to be able to share their creativity with their community, which was why the event was created in the first place, said Angel Esparza, co-founder and organizer of the Art Walk.

The Art Walk was hosted by well-known Mi Calexico, a community group created by Esparza aimed at informing, inspiring, and connecting the Calexico community, with the support of the Gran Plaza Outlets, where the Art Walk was located. Esparza said the Art Walk was inspired by other community art events in the county, which are no longer being held.

“There was the First Fridays in Brawley, which was a similar event, and in El Centro, there was Nights on Main Street … so it kind of started around the same time, and we said ‘Oh, wow, there’s a lot of, like, amazing artists in our region. Let’s bring that concept to Calexico,’” Esparza explained.

The Art Walk hosted around 50 vendors, ranging from artists to food vendors, and everything in between. One vendor, Mitchoney, owned by San Diego State University-Imperial Valley campus student Michelle Guerrero, sold handmade jewelry to raise money to cover Guerreros’s tuition. She is a double major, studying both psychology and Spanish, and hopes to become a teacher or a social worker.

Guerrero shared that she started making jewelry when she was 7 years old, growing her business as she grew. Guerrero expressed gratitude at having that Art Walk in her community, since it provided a safe space for vendors like her.

“Being able to come out here and have an event like this where you can, you know, sell your art I think is great for the community, because there’s a lot of small artists and businesses that need a safe place (to sell their art),” she explained.

On the performance side, there were also 16 entertainers, of which Esparza estimated 90 percent were local singer-songwriters, including Yahir “El Choco” Garduño Palacios, a Calexico teen who was awarded a recording contract with Sony Music Latin earlier this year after winning the television show, “Tengo Talento, Mucho Talento.” He is a member of the group Nuevo Elemento.

“He just wants to perform for his community because he’s never had a chance to,” said Esparza with excitement.

The closest “El Choco” came was singing a couple of songs to his graduating high school class in June.

“We want to make sure that everyone in Calexico has access to books … we only have one library here, and a lot of people may be on the other side of Calexico don’t have transportation or anything like that to go,” Calexico Needs Change volunteer Kimberly Maya said at the booth.

The other two libraries installed in front of the Calexico Housing Authority on Fifth Street have been an overwhelming success, Maya said, with people regularly posting about it on social media, and books being borrowed and donated on a regular basis.

“Someone showed us that they left like a little ornament, like a little decoration in the library. That’s actually really cool, I thought,” Maya said with a laugh.

As the cold crisp air filled the night, the sound of laughter, people chatting, and music rang throughout the Gran Plaza Outlets grounds. More than just the sum of its parts, the Art Walk provided more than a place to buy and sell art, bringing a sense of community to Calexico. 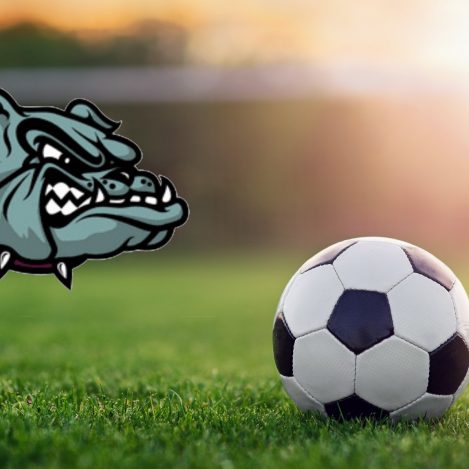