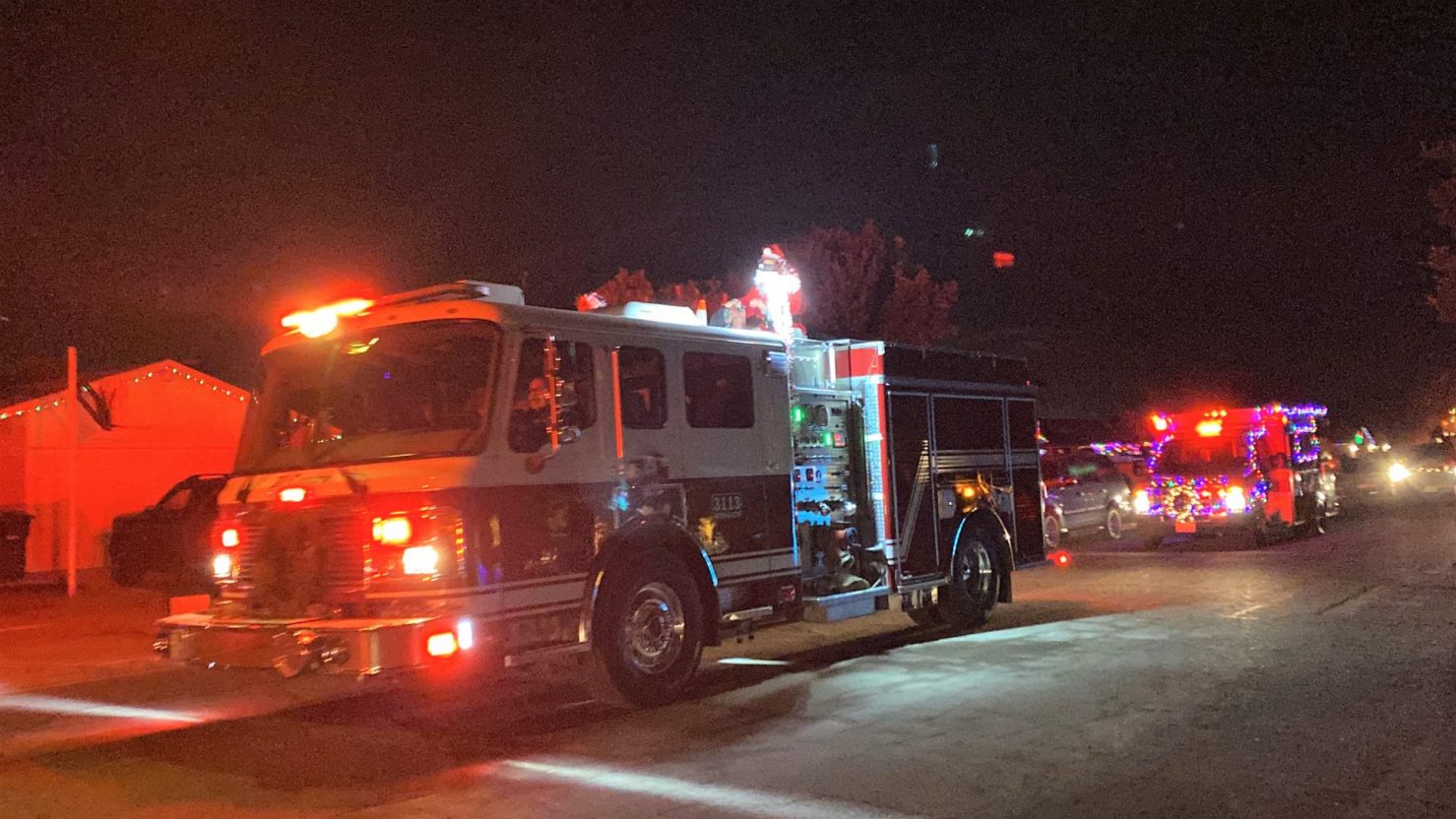 Santa Claus is seen atop an El Centro Fire Department fire engine followed by an ambulance on Monday night, Dec. 13, in the neighborhoods west of LaBrucherie Road. The Fire Department escort is making its way around the city through Sunday, Dec. 19, when it will end its journey at the Imperial Valley Mall. | KATHERINE RAMOS PHOTO
Home
Regional News
In Regional News

EL CENTRO — On the streets of El Centro, children and their families stood waiting for the fire engines to come by.

All through the neighborhoods west of LaBrucherie on Monday night, Dec. 13, and the rest of town through the end of the week, the sirens could be heard blaring into the night, but this time it wasn’t to answer calls of distress.

No, it was to bring Santa Claus to the neighborhoods of El Centro.

For the second year, Santa rode on the top of a fire engine, driven and escorted by the El Centro Fire Department, AMR ambulance services, and the city of El Centro to spread Christmas cheer throughout the city.

The parade was started last year due to the COVID-19 pandemic where people were not able to come out and see Santa as usual during the holiday season or in the El Centro Christmas Parade. El Centro Fire Department Public Information Officer Robert Gonzalez said the department just decided to take it upon themselves to escort Santa around El Centro so the children could see him from a safe social distance.

It was so popular last year the Fire Department decided to bring it back for 2021.

“It’s really a pleasure to see the joy on the children’s faces as we tour the city and as we go by,” said Gonzalez, “To be able to spread a little holiday cheer and escort Santa and to be able to give back to the community that always supports us is a real honor for us.”

Sonia Hernandez and her daughter, Jocelyn, had just finished shopping and were making their usual trip to First Responders Park when they saw Santa and the lit-up firetruck pull out of the station. Hernandez’s children were happy to see Santa and were waving up at him the entire time he drove by the park.

“It’s really neat. My kids enjoy it and we thought it was really cute,” said Hernandez. “They haven’t really gotten a chance to see Santa or anything.”

“I felt good!” shouted an excited Jocelyn when asked about seeing Santa on Monday night, “I wanted to wave to him!”

Angie Vallarta came out of the house with her family as the sirens grew louder, just in time to see the escort turn the corner. She and her kids were waving as Santa called out “Merry Christmas” from the top of the engine.

“I think it’s amazing that they started doing this. It brings a lot of joy and all those good feelings,” said Vallarta. “It just makes me really happy.”

“I liked hearing all the sirens that were on,” said 9-year-old Ivan Gonzalez, who came out with his family once they heard the sirens begin wailing down their street.

Monica Correa brought her sons outside to watch Santa roll by from the corner of the streets.

“It’s cool that they come by street so all kids can see them,” said Correa.

Sean Littrell and his family made sure to follow the fire engine and Santa through the different neighborhoods Monday night just to get a good look at Santa.

“I think it’s a great job for the community, to get the kids out and involved,” said Littrell.

“It was actually really cool, I’m glad that the firefighters were out in support and driving around the whole place to show people,” said 10-year-old Aria Urias, who was walking with her family when the firetruck drove right by them.

El Centro City Manager Marcela Piedra said the city was proud to do the escort. The city actually pulled out the float that was used in the Christmas Parade nearly two weeks ago to be part of the escort and spread some cheer with bubble “snow” and Christmas music.

“It’s such joy and cheer to be able to do this and bring those smiling faces to the kids,” said Piedra.

The tours will end on Sunday, Dec. 19, with the fire engine pulling into the parking lot at the Imperial Valley Mall. There children will get a chance to see and wave at Santa from a safe distance. Gonzalez said there might even be some presents for the children that day.

The Brawley Fire Department will also be playing host to Santa this week from Monday to Thursday, visiting neighborhoods just like in El Centro.

Gonzalez is unsure whether the escort parade will become a tradition in El Centro in the future, but says it is undeniably popular with the citizens.

Santa will continue making his rounds with the El Centro Fire Department throughout the city this week. The city of El Centro float will also make two more appearances on Wednesday Dec. 15 and Friday, Dec. 17. The map will be posted on the city of El Centro’s social media pages. 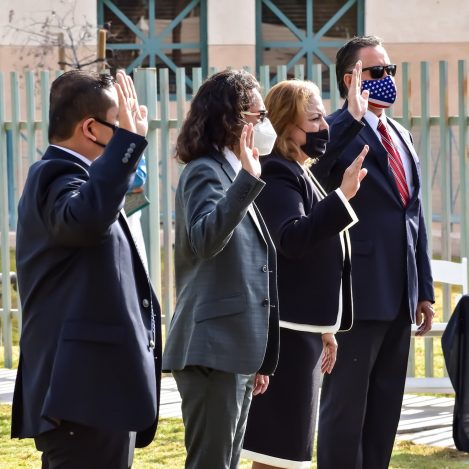