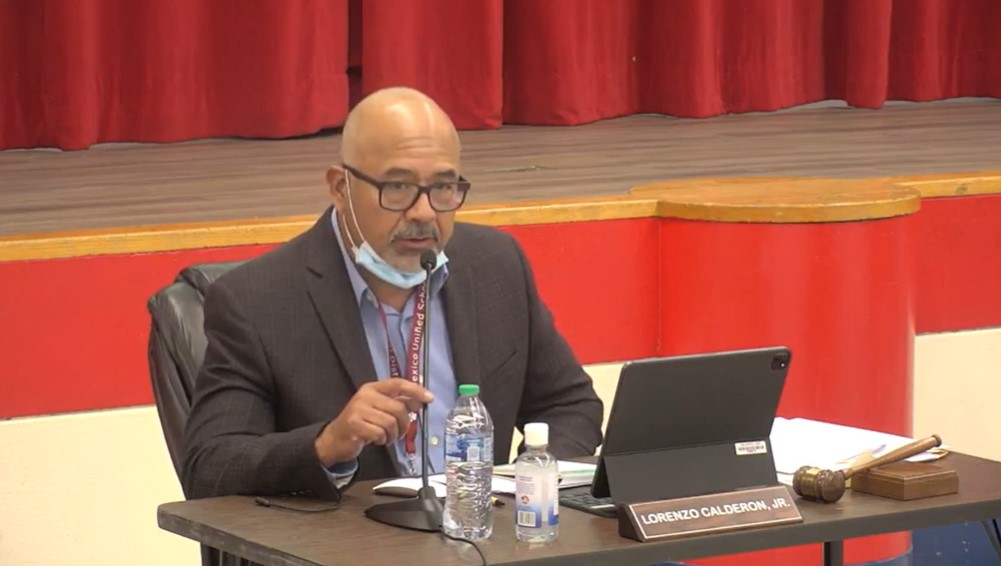 Newly appointed Calexico Unified School District board President Lorenzo Calderon said that he was hoping for a resolution to the stalled contract negotiations between the district and its teachers' union during the board's regular meeting on Tuesday, Dec. 14. | VIDEO CAPTURE
Home
Education
In EducationLocal News

Trustees Vote to Increase Number of Meetings Per Month to Two; Bids Solicited for Superintendent Search

CALEXICO — In his first meeting presiding as Calexico Unified School District board President, Lorenzo Calderon Jr. expressed gratitude toward his three fellow board members for nominating and approving his appointment.

He also said he hoped the district community would have a happy holiday and that he wished for an agreeable end to the district’s stalled contract negotiations with its faculty union.

In choosing to read aloud a quote from President Lincoln that stated, “You cannot escape the responsibility of tomorrow by evading it today,” Calderon also seemed to be acknowledging the challenges that lay ahead for him and the board.

His appointment as president comes amid anticipated mediation sessions between the Calexico Unified School District and Associated Teachers Calexico, and the recent conclusion of an investigation into the alleged wrongdoing of Calderon and three of his fellow board members that determined many of the alleged incidents likely took place.

“During these times I believe that our board can open our communications and try to regain the trust of our stakeholders,” Calderon said a regular meeting that immediately followed the board’s reorganization during a special meeting on Tuesday, Dec. 14.

The reorganization of the board resulted in Trustee Enrique Alvarado being selected as clerk/vice president, as well. Board member Richard Romero was absent during the special meeting.

The special meeting also resulted in the four board members present voting in favor of holding two meetings per month for the 2022 calendar year, in place of the single monthly meeting the board was convening.

Following the special meeting, the board convened its regular meeting, which started with a 30-minute public comment session where supporters of the teachers’ union disparaged the board for the district’s failure to reach a contract agreement with Associated Calexico Teachers.

In early November, the state’s Public Employment Relations Board granted the district a request to declare an impasse after months of contract negotiations. The declaration of an impasse allowed for a mediator to be appointed.

During the Dec. 14 regular meeting, the board also voted to solicit bids from companies interested in conducting a search for a new district superintendent.

The planned search to replace current Superintendent Carlos Gonzales was prompted by the board’s 3-1 vote during a Nov. 10 special meeting to not renew his contract, which expires June 30, 2022.

The proposal to hire a firm that specializes in superintendent recruitment efforts was one of three feasible options the board had the discretion to choose from.

While contracting with a specialized firm typically results in the most qualified candidates applying, it is the pricier of the available options, a consultant previously told the CUSD board. A less-expensive options would be contracting with a facilitator.

Though no board member or district official has commented about the decision to not renew Gonzales’ contract, Gonzales had received notice that his performance was viewed in a negative light in a March 25 letter from the board.

In a 94-page complaint that Gonzales and members of his executive cabinet lodged against board members Calderon Jr., outgoing board president Ciro Calderon, Alvarado and Margarita Magallanes, board members were accused, in varying degrees, of ignoring board bylaws and creating a hostile working environment.

A third-party attorney hired to investigate the complaint concluded that many of its allegations were likely true and that the district “would be well-served if all board members engaged in self-reflection.”

Previous
WHATMATTERS: How California Fails its Most Vulnerable Residents 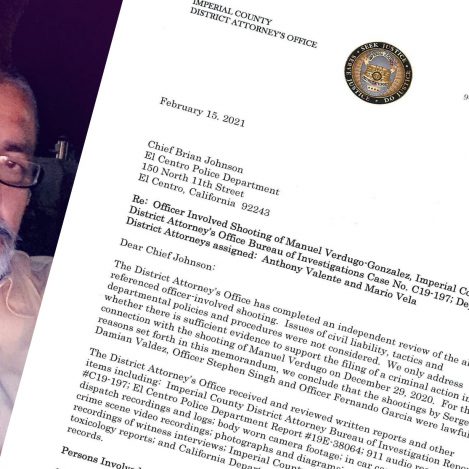