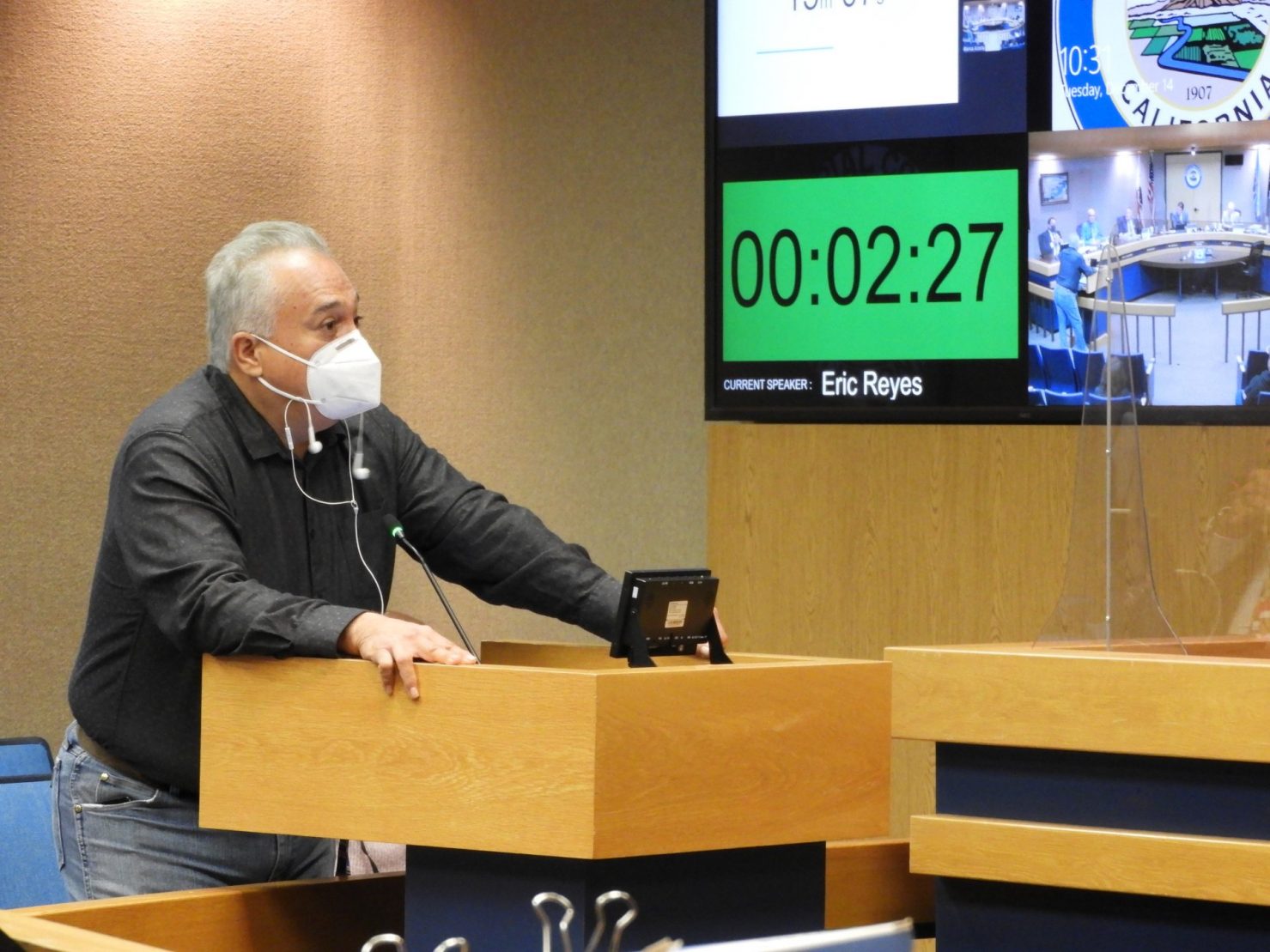 Brawley resident Eric Reyes speaks to the Imperial County Board of Supervisors during the public comment section of the meeting on Tuesday, Dec. 14, for the second week in a row, expressing frustration over the lack of Imperial County representation during a Nov. 30 tour of the southern end of the Salton Sea, including tours of resources that belong to Imperial County. | MARCIE LANDEROS PHOTO
Home
Regional News
In Regional News

EL CENTRO — A “Lithium Valley” tour around the Salton Sea with high-level legislators in which only a few Imperial County officials were even invited continues to ruffle local feathers.

For the second time in two weeks, Brawley resident Eric Reyes spoke about the tour during the public comments section of the Imperial County Board Supervisors meeting on Tuesday, Dec. 14, about a legislative tour of the southern end of the Salton Sea hosted by the Salton Sea Authority, at the behest of Assembly member Eduardo Garcia, D-Coachella.

The tour included only one representative from Imperial County, which according to Reyes effectively shut Imperial County out of discussions of its own resources.

“Again, we’re being shut out of a very important meeting that our Assemblyman coordinated, with other state Legislature so they could see what their own eyes see, what their own feelings feel about the damage of the Salton Sea, so they can make decisions on the future,” Reyes said during public comment.

In an interview later that evening, Reyes was able to clarify the details of the tour, which occurred on Nov. 30. According to Reyes, the discussions of Salton Sea resources, like geothermal or lithium which lie exclusively in Imperial County, was only one aspect of the tour, with legislators looking holistically at the challenges and benefits the Salton Sea faces.

“They brought eight legislators from various parts of the state, mainly from the Inland Empire, and at the behest of Assemblyman Garcia’s office, who did the inviting, his staff. And they were they able to make it, they had a tour of the Salton Sea, so put all the issues there. And then they were also given tours of the geothermal and lithium potential and talked about what they need to do (to develop the resource) with legislators. That’s all good. We need that we need them to know exactly the issues of the sea and economic opportunity so they can make good policy and legislation, but it was led by Coachella Valley people with only Ray Castillo from the county Board of Supervisors representing the county,” said Reyes, who is a member of the Imperial Irrigation District’s Energy Consumer Advisory Committee.

The county effectively being shut out drew the ire county board Chair and District 3 Supervisor Michael Kelley, who instructed county staff to begin to draft a letter in response to the lack of Imperial County representation during this tour.

Assembly member Garcia could not be reached for comment on the tour, or the representation included in the tour.

In a project unrelated to the recent Desert Shores Trailer Park fire, which killed a man and his two children, the Imperial County Board of Supervisors approved the beginning of a project to improve the Desert Shores Community Park, which currently has no grass for the local children to play on.

Imperial County Public Works Direct John Gay said the proposed project would plant grass on the field, and repair the broken irrigation system that prevented landscaping from being maintained. Gay estimates the project will be around $300,000, with the majority of planned funding coming from grant, supplemented with the community funds.

“I truly am both honored and humbled to have been selected for such an important recognition. It’s important to note that I wouldn’t be in this position and this room without the support and guidance of key individuals throughout my career. I specifically recognize Chief Dan Prince for his support, Assistant Chief (Elizabeth) Sais, and a couple administrators we have here present, as well as some of my colleagues,” Guerrero said. “I’d also like to extend the gratitude to Tony (Rouhotas), Imperial County’s CEO, and the Board of Supervisors for their ongoing support to the Probation Department and our commitment to our mission, vision, and departmental values. Just overall, I’m proud to be part of the department’s ongoing efforts to make a positive impact in the community.”

Guerrero’s empathy and kindness have been instrumental in the success of not only his career working with at-risk youths, but for the Community Work Service Program, which allows juveniles to volunteer within their community to cover any legal fines they have received, that he oversees, according to information from the county.

Under Guerrero’s leadership, the program focuses on education and community engagement to prevent reoccurrence rather than traditional punishments for youths as they work off their fines.

The Imperial County Board of Supervisors approved the purchase of seven auto extrication tools, which helps remove a vehicle from around a person after a car accident, and 98 sets of personal protection gear to protect firefighters who are fighting wilderness wildfires, to be used for communities with less than 20,000 residents, like Seeley, Niland, and Heber to name a few.

The total for these purchases is $781,907, but there will be no fiscal impact on the county’s general fund, with $585,900 of the funding coming from USDA’s Rural Assistance Grant, and the matching $196,007 coming from Trust #7636 – Renewable Energy Fire Capital Equipment.

Imperial County Board of Supervisors voted to award Pyramid Construction and Aggregates Inc. the Heber Avenue Improvement Project, which will provide new sidewalk, street repair, signage, and curb and gutter for Heber Avenue from 10th Street to Fawcett Avenue in Heber.

The project will cost $724,678.14 in total, but will have no fiscal impact on the county’s general fund, with funding coming from the Urban Greening Grant, a California Natural Resource Agency grant that focuses “greening” urban areas to reduce greenhouse gas emissions, and Local Transportation Authority funds, which are derived from Measure D’s half cent tax, which taxes every dollar spent in Imperial County a half of a cent, to be used exclusively for transportation projects. 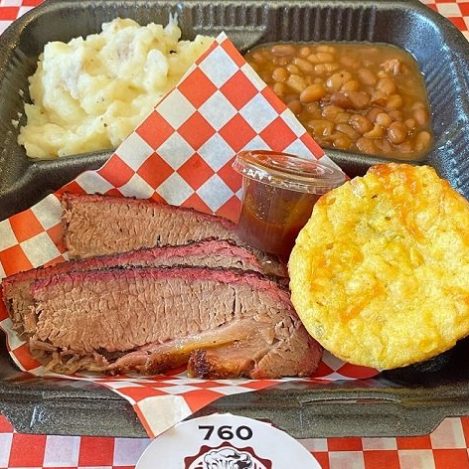