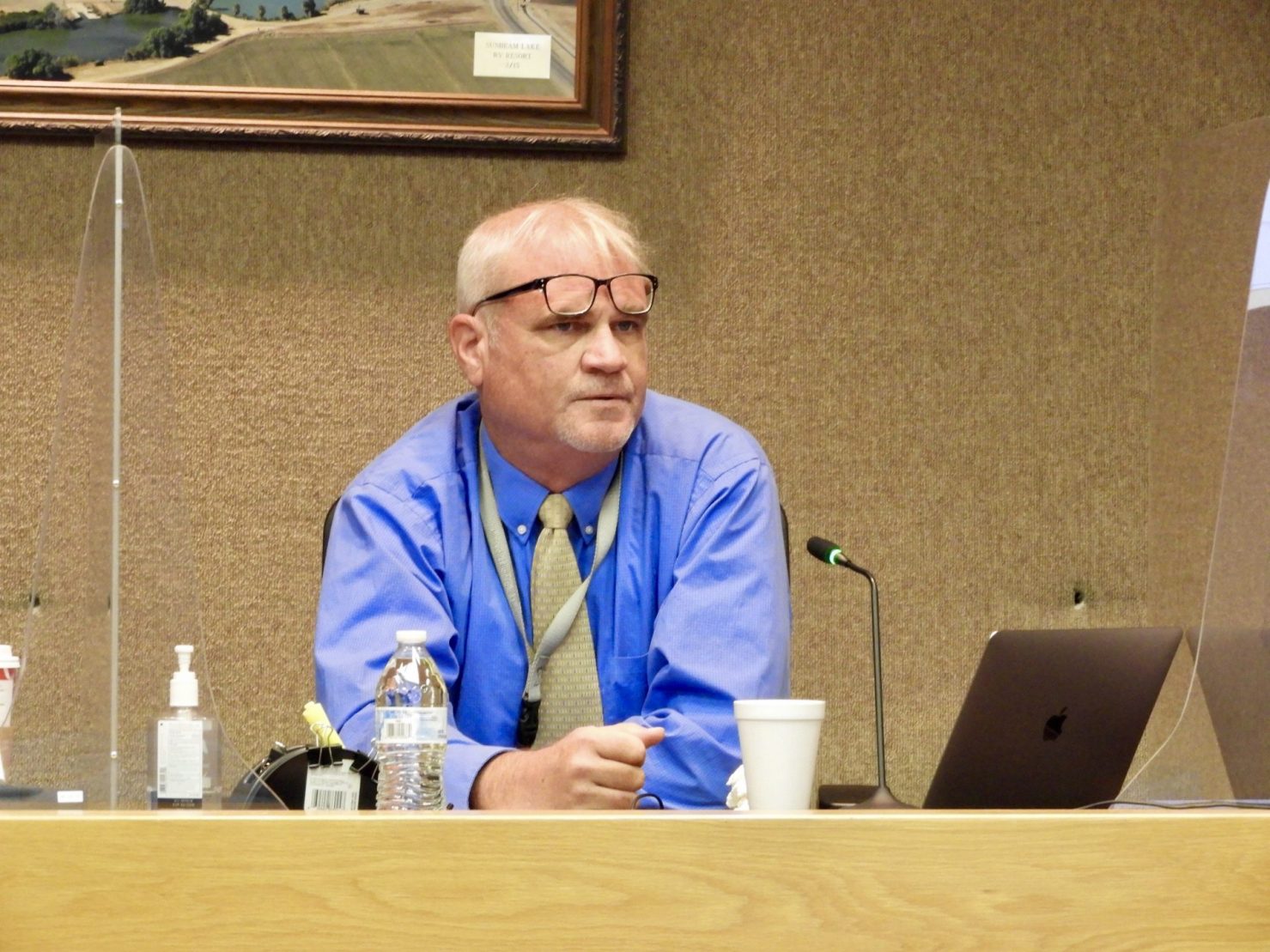 Imperial County District 4 Supervisor Ryan Kelley calls for an official update from the Public Health Department on COVID treatments during the Board of Supervisors meeting on Tuesday, Dec. 14. | MARCIE LANDEROS PHOTO
Home
COVID-19
In COVID-19Regional News

Supervisors to Invite Presentation at Next Meeting on Alternative Info on Vaccine, Treatment Protocols

EL CENTRO — The return of a statewide indoor mask mandate, which will be in effect Dec. 15 though Jan. 15, compounded a long-standing mandate debate that has played out at several Imperial County Board of Supervisors meetings, causing the Supervisors Ryan Kelley and Luis Plancarte this week to become much more candid about their thoughts on how the county should proceed regarding COVID.

“I am a proponent of vaccination, and proponent of self-responsibility, so as was discussed this morning, the governor has now issued a massive mandate for indoors beginning tomorrow. And I will comply with that,” Kelley said during the Tuesday, Dec. 14, meeting. “I am under the opinion of the moment that we are continually going through a rabbit hole, but I do want to protect as well. But I am also wanting to know why we don’t know more.”

Although this was not the first time Kelley has questioned public health authorities on the safety of COVID treatment and procedures, this is one of the few moments where he openly expressed his personal position on the subject about those treatments and protocols not endorsed by the U.S. Food and Drug Administration and mainstream physicians.

“I have found that the largest health institutions and research and education institutions, like John Hopkins and Harvard, they’re not actively looking for available resources of studies or treatments. And we are leaning so far into vaccination that it is a question, why? I don’t have any conspiracies about that. I just know that after this all this time, we should know more,” Kelley with a sigh.

At the end of his report, Kelley specifically requested to put an item on the agenda updating not only on the safety of the vaccines, but the different options currently available to treat COVID. This update is to include not only treatment and vaccine updates from by the Imperial County Public Health Department — and by extension the FDA and U.S. Centers for Disease Control and Prevention — but also the alternative treatments used by physicians like Dr. Brian Tyson.

“I’ll come right over to the comments about Dr. Tyson or any other doctors making a presentation and treatment protocols. I completely agree that this information should be shared with our family. I myself, in January of this year when I contracted COVID, I myself was treated by Dr. Tyson, but that was my choice,” Plancarte said during the meeting.

Plancarte followed that statement with his own request to the Board of Supervisors, which was for the county to find an alternative forum for the community to continue this debate, citing that the ongoing debate is making it difficult to proceed in the governing of Imperial County.

“I think that these meetings are really getting derailed by some of this information that does not belong as much here in the policymaking and running of the county’s business, as it does in some of the forums that we already have on a regular basis where this information can share,” Plancarte said.

Calexico City Council Member Raul Ureña also made an appearance again this week during the public comments section of the meeting, after last week’s controversial statements that linked the removal of the mask mandate to white supremacy, first thanking God for the reinstatement of the mandate, then responding to another member of the public, Cynthia Kendall, who spoke out against Ureña’s statements.

“I want to clarify some comments that were made that Ms. Kendall referenced. Not to retract them, absolutely not, but to be very clear on what was said. I started off my comments saying that in the beginning of this pandemic, we thought that this was a big city versus rural issue. We said a highly contagious disease will spread quickly in the big cities, but a rural communities would be spared. Quite the opposite, we are more at risk, and we are more at risk because this pandemic has gone through income and racial lines much more closely than big city versus rural. And as a result of that, and I quote myself, this is a choice between equity, or the continuation of racism and white supremacy. At no point was anybody up here or in this community called any of those terms, but it is a choice that we’re making as policymakers, is what I’m signaling,” Ureña said.

“I do want to mention that there was there were additional 23 community members that lost their lives in the past eight weeks due to COVID. As far as new cases in a seven-day period, (Imperial County had) 434 new cases between Dec. 1 and 7, this is a seven-day cumulative total,” said Angulo during her update.

According to Angulo’s latest update, Imperial County has had a total of 33,419 cases of COVID, resulting in 787 deaths. There have been 434 new cases of COVID, leading to as seven-day positivity rate of 13.7 percent. 78.2 percent of the county, ages 5 and older, have been completely vaccinated, but the county still has 72 hospitalized patients with COVID, along with 11 different COVID outbreaks, foreshadowing the fact that this debate is nowhere near over. 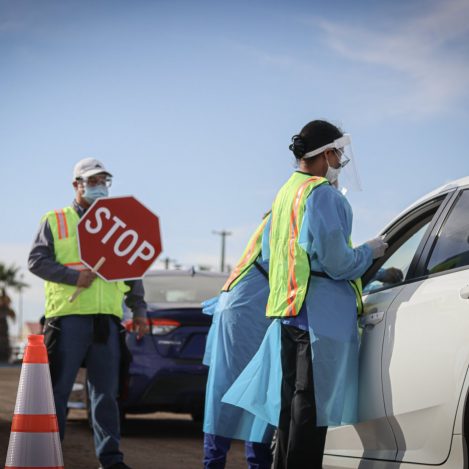