Ponche ingredients such as guavas (guayabas), hawthorn apples (tejocotes) and sugar cane (caña de azucar) are not allowed when imported through a passenger port of entry from Mexico into the United States. | PHOTO COURTESY OF WALMART MEXICO
Home
Agriculture
In AgriculturePublic Safety

CALEXICO — The ingredients to make ponche, a traditional Mexican holiday punch that is shared and enjoyed among many families along the Southwest border during the holiday season, are prohibited from entering the United States, according to U.S. Customs and Border Protection.

Those traditional ponche ingredients, guavas (guayabas), hawthorn apples (tejocotes) and sugar cane (caña de azucar), are not allowed when imported through a passenger ports of entry, like the Calexico West and East border crossings, according to CBP.

Sugar cane must be properly peeled, with nodes removed, and inspected before it can be considered for entry in passenger processing. CBP officers and agriculture specialists are expecting an increase in the attempted importation of the prohibited ingredients.

According to the U.S. Department of Agriculture Animal and Plant Health Inspection Service, fruit flies are among the most destructive pests of fruits and vegetables around the world. Fruit flies spend their larval stages feeding and growing in more than 400 host plants. Introduction of these pests into the United States could cause economic losses ranging from the ruin of host commodity crops by larvae, costs associated with implementing control measures, and loss of market share due to restrictions on exports of host commodities.

“It is an important part of the CBP mission to identify and stop pests and diseases at the border before they spread elsewhere, so CBP officers and agriculture specialists will be on the lookout for these items,” said Pete Flores, the director of field operations in San Diego. “Travelers can avoid delays and penalties by remembering that these items are prohibited and by declaring all items that they are bringing into the United States.” 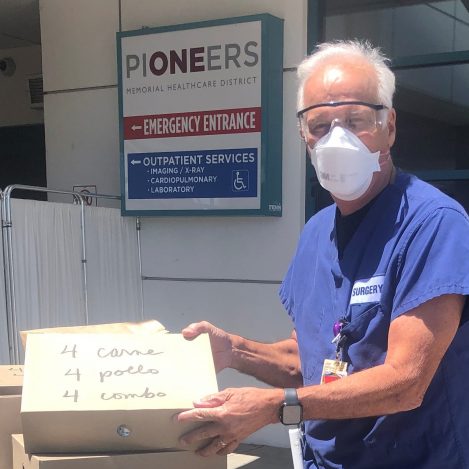