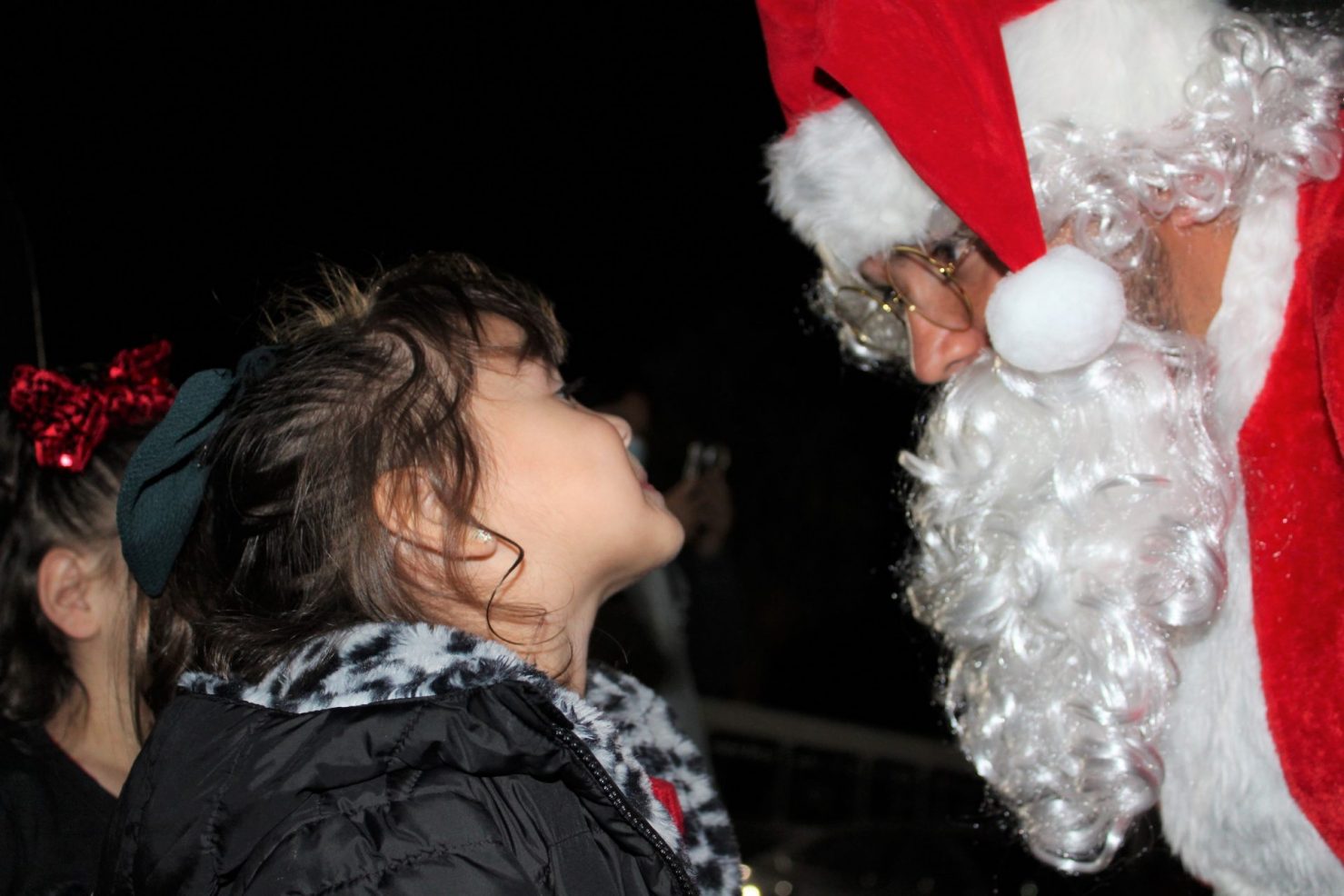 Three-year-old Arielle Urias has a face-to-face talk with Santa about her Christmas list at the first Santa's Workshop on the Plaza in downtown Brawley on Thursday night, Dec. 9. | KATHERINE RAMOS PHOTO
Home
Regional News
In Regional News

BRAWLEY — Ice was flying and Santa Claus’ bell was ringing in the season at the Boys and Girls Club in Brawley during the city’s first Santa’s Workshop event on the Plaza on Thursday night, Dec. 9.

There was no denying for the children in attendance that the huge mound of ice trucked in for the event was one of the focal points of the evening. Twelve-year-old McKayla Caswell was out with friends playing in the snow and walking around, enjoying the atmosphere.

“Since the being of December, I was already in the Christmas spirit,” McKayla said.

Eleven-year-old Natalya Luevano was with McKayla and said as soon as she saw the ice pile, she just had to play in it.

“It’s been fun,” Natalya said. “I’ve been throwing snow at my friends.”

The Chamber of Commerce for Greater Brawley and the Boys and Girls Club collaborated to put the event together, the two neighbors on the Brawley Plaza combining forces to bring winter fun to the community.

“If anybody wants to do Christmas-related things, they have to go to either Imperial, El Centro, Calexico, or even out of town,” said Ramiro Urias, chief executive officer for the Brawley chamber.

“We wanted to make sure that we had an opportunity for these local vendors to do something in Brawley in their own backyard instead of having to go elsewhere, and I think overall the people of Brawley were ready to have an event like this,” he said.

Urias added Santa’s Workshop had been in the works since Cattle Call.

Anita Martinez, chief executive officer for the Boys and Girls Club of Imperial Valley, said the club had already been thinking about opening the Brawley facility for public use since there is so much space on the blacktop. This also gave the club a chance to do more in the community and let people know what the organization is about.

“We feel this is a great location, there’s a ton of space out there,” Martinez said. “This is the best way for people to know we are here.”

On the Boys and Girls Club blacktop kids could play Christmas-themed games, take pictures with Santa with photobombs from the Grinch, and play in the main attraction: a pile of icy snow courtesy of a local packing company where children were climbing and having snowball fights with each other. There was also an ugly Christmas sweater contest and a cookie-decorating contest.

Outside the blacktop area the street was filled with vendors selling jewelry, soap, toys, and more for anyone who needed to do some local Christmas shopping. About 40 vendors, including food trucks, were set up at the workshop event, Urias said. Nearby in the street folklorico dancers performed and when not taking pictures, Santa and the Grinch made the rounds through the crowd to bring festive cheer.

There was some worry when rain began to fall on Thursday afternoon, but once it stopped, the weather shifted and helped create a cool, wintery, hot chocolate-drinking kind of evening.

“It’s a fun way to start Christmas and have the kids come out and do something different,” Brawley resident Edna Gonzalez said. “There’s not a lot of things to do here in the Valley, so whenever we get a little enjoyment in every parade or whatever they do we come out.”

Josue Fuerte came with his family to see what the event was about and was happy to see an event in Brawley.

“They should do this more often, I feel it would bring the community more together,” Fuerte said.

“We just came to bring the kids, it’s something to do after this past year pretty much since there was no Christmas,” said Bobby Ybarra, another Brawley resident who was at the event with his family. “It’s good that Brawley is doing this, bringing everybody out and trying something out.”

Urias and Martinez are already planning next year’s workshop, hoping to make it bigger and better after the success of Thursday night. Urias is considering approaching the city of Brawley next year to collaborate and host the workshop during the annual Christmas tree lighting at the kiosk.

Brawley Mayor Pro Tem George Nava was on hand and happy to see residents mixing and mingling in this wintry event. 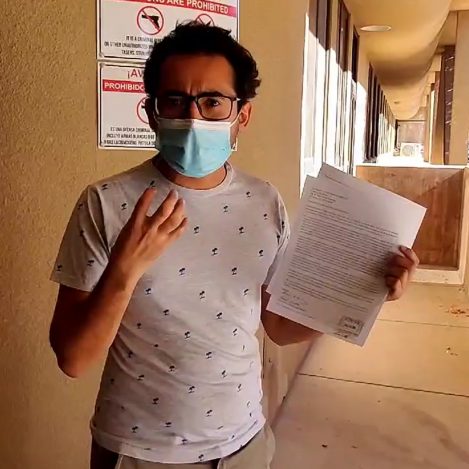