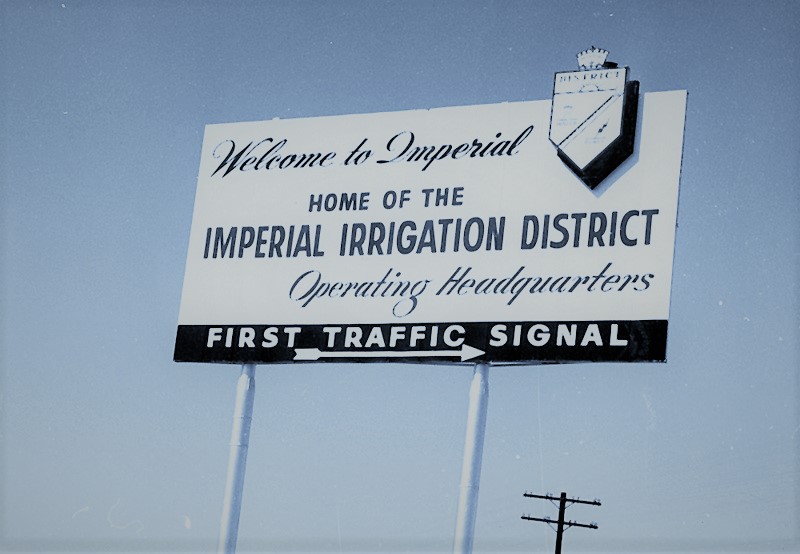 The Imperial Irrigation District’s Board of Directors approved a resolution redrawing the utility’s political boundaries on Tuesday, Dec. 7.

Division 1, represented by Director Alex Cardenas, currently includes much of El Centro, south and west of Brawley, Westmorland, and the southwestern edge of the Salton Sea. The new map adds areas of west El Centro that were in Division 2. It also transfers the small portion of Brawley to Division  3.

The boundaries of Division 3, which is represented by board President Jim Hanks,  includes most of Brawley as well as Calipatria, and Niland. The new map transfers the remainder of Brawley to Division 3.

Division 4, represented by Director Javier Gonzalez, includes the majority of Calexico, south Heber and the IID service area along the U.S.-Mexico border. The shape of Division 4 was cleaned up in northeastern Calexico. The new map also transferred south Heber to Division 2.

Pursuant to the voters’ rights act, the IID is required to adjust its political boundaries after every federal census using that data so that the divisions are relatively equal in population size as far as it is practical.

“IID’s deadline is 180 days prior to its general elections. IID, pursuant to the Water Code, has a general election during the same date as the statewide primaries, which will be June 7, 2022,” Joanna Smith Hoff, deputy general counsel, said.

The deadline to approve new political boundary maps for IID was Thursday, Dec. 9.

The IID hired Redistricting Partners to assist with the redistricting process and to ensure that they meet legal requirements.

To that end, a number of criteria have been used nationally and upheld by courts, she said. Districts should be relatively equal in size, compact and contiguous. They should also follow local government lines and maintain communities of interest.

The IID held a public hearing on four options for modified boundaries on Nov. 16. The board directed staff to bring back two options — Plans A and D — for consideration and action on Dec. 7.

“I’m a little torn between A and D,” Cardenas said during the discussion. “I do acknowledge the efforts of Redistricting Partners in the efforts that they made in regards to A. I also acknowledge the effort made by Vice President Hamby in helping us come up with map D. Both options provide cures to our situation, and I do welcome the additional 2,000 voters to Division 1.”

Budget to Come Back for Dec. 21 Meeting

The board held another budget hearing and after two hours of discussion, much of which was focused on the district’s cash reserves and Rate Stabilization Fund, directed staff to bring back the final budget at the board’s Dec. 21 meeting.

The proposed 2022 budget covers the staffing of 1,400 employees and does not raise energy rates, General Manager Henry Martinez said during the meeting. It sets aside $272 million for capital improvements, including a battery energy storage project and transmission line upgrades.

Mike Bell, a former interim chief financial officer for Southern California Public Power Authority and consultant for various electric, water, and wastewater companies, was asked to review the budget, particularly the district’s cash reserves and to look at the district’s ratings and borrowing capacity.

Bell noted that liquidity, which was already on the low side, is falling due to increased costs, and options are limited due to the magnitude of the increase. As well, the IID’s 2009 reserve policy is no longer an accurate measure of today’s environment, and the district is at risk of a credit downgrade based on some of its metrics.

Fuel and purchased power cost increases will have short-term impacts on the budget, working capital, reserves and rates. Capital improvements, such as a battery storage and transmission upgrades, could help mitigate the impacts of supply issues, he continued.

The IID’s reserves policy is governed by several factors. Bond reserves are governed by those agreements. The district has insurance reserves of $3 million to $7 million, working capital of $50 million to $150 million, and rate stabilization of up to $100 million. Of particular concern was the fact that policy was written in 2009 and has not been updated since.

Cardenas asked if the rate stabilization fund was to cover fuel costs that were not budgeted.

“Rate stabilization could be used at fair discretion by the board for a variety of things, for example (if) a rate increase that came about that was a very high percentage, maybe too high to implement at one period of time, a portion of those funds could be used to do that. So, it’s not limited to fuel and purchased power,” Bell said.

Bell said he advocates for a lot of latitude with rate stabilization dollars to cover unforeseen emergencies, such as earthquakes, and because rating agencies take into consideration the availability of funds for various purposes.

“The rate stabilization fund was funded by the (Energy Cost Adjustment). It wasn’t funded by the rate structure,” Hanks said. “It was an over-collection that was in the ECA over-collection fund, and by a board vote it was moved out to a rate stabilization fund. I think the general feeling of the public all these years has been that that money was set aside for future ECA rate increases.”

The district has a working capital target of $50 million to $150 million.

Moody’s median for cash days should be 247 days, Bell said.

Moody’s rating report for the district expresses some concern if liquidity were to go below 150 days, Bell said.

“That margin is getting to that point where the ratings agencies are probably going to start to feel a little uncomfortable with where that number is at,” Bell said.

“One of the reasons they’re putting more emphasis on this is the experience of the last few years,” he added. “The wildfire dangers that we’ve seen in California have stressed a lot of utilities. The pandemic has stressed a number of utilities. And the increase in power supply costs have provided stress. If anything, this particular measure — this is just one of many measures — it’s been more important in recent years based on experience particularly here in California.”

Still, Moody’s continues to rate the district highly even though it hasn’t had anything close to 247 days in liquidity, but a lower rating will cost the IID more to issue debt, Bell continued.

Bell suggested that directors adopt the proposed 2022 budget, and then update the reserve policy and determine the ECA for 2022 as fast as possible. He also suggested that the district focus on short-term resource requirements such as fuel and purchased power.

Cardenas asked if the reserve policy should be updated before a new budget was written, to which Bell responded that it would not get done in two weeks.

A delay on the budget would have a cascading effect all through next year and would limit the types of projects that staff could bring before the board.

Cardenas said he was prepared to approve the budget before the end of 2021, but he wants an action plan to address the outdated reserve policy.

Hamby said he believed that what was presented was a pretty good action plan, and that the reserve policy could be revised in the first couple quarters of 2022.

Hanks said he was not prepared to vote on the proposed budget because what the directors were looking at and was made available to the public was not the final budget.

Galindo said her responsibility was to not vote on something if she had any doubt or any unanswered questions.

(This story was updated on Thursday, Dec. 9, with corrected descriptions of the new divisions and updated budget numbers.) 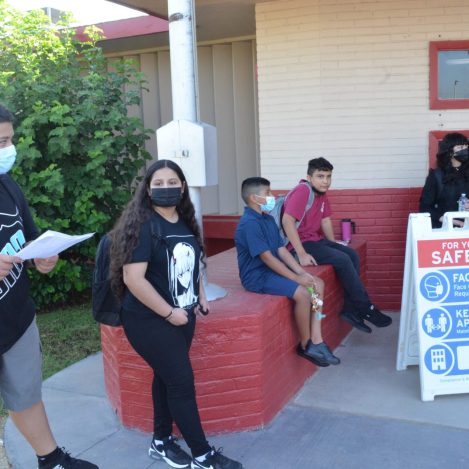