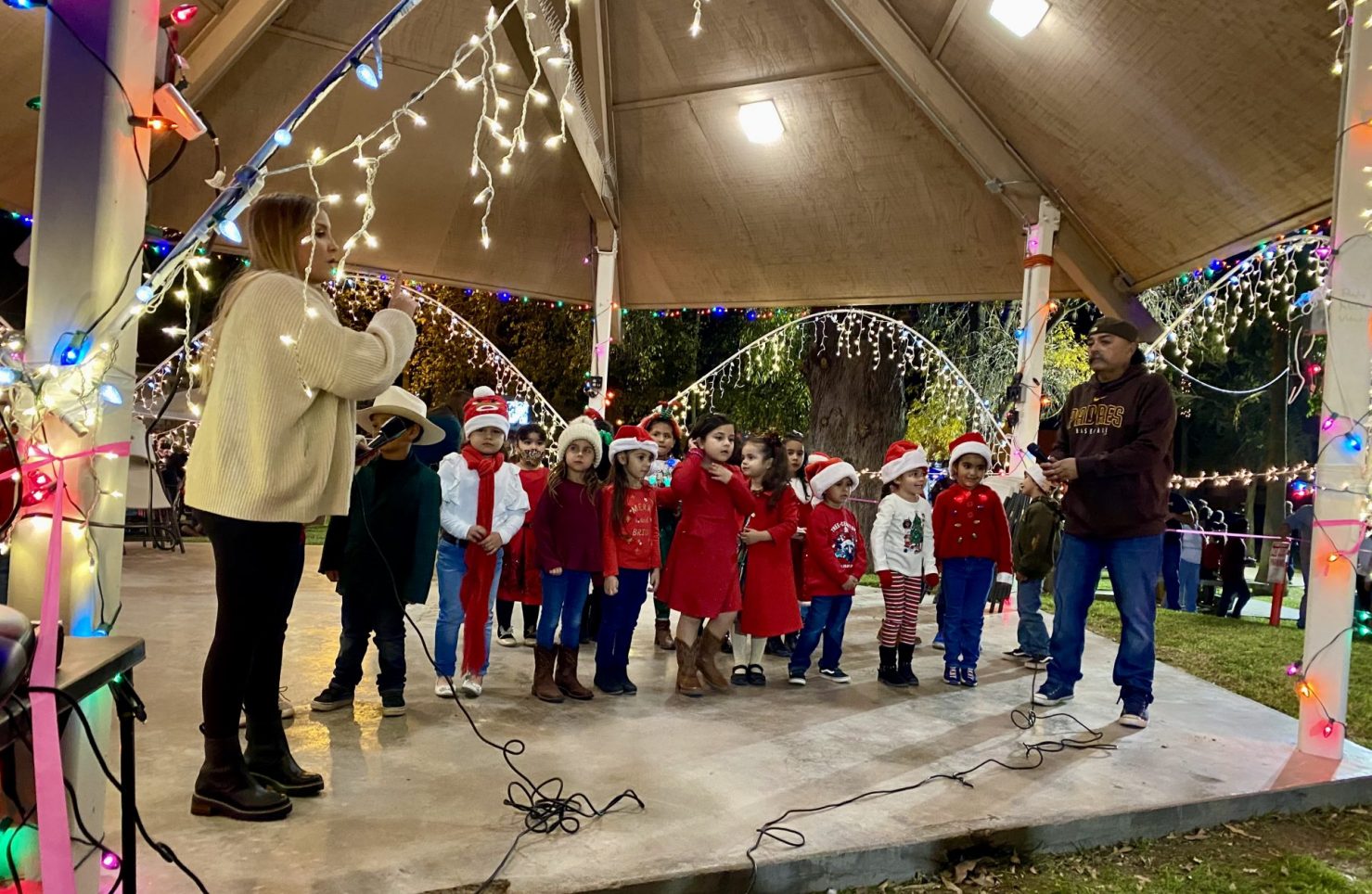 HOLTVILLE — Bringing the community together in the spirit of Christmas was the order of the evening when the city of Holtville and Holtville’s Chamber of Commerce joined forces on Friday, Dec. 3, to combine its two notable holiday celebrations, Christmas in the Park and the Holtville’s tree-lighting ceremony.

“They’ve traditionally been on different dates, but we combined them into one. So hopefully, things go well, and we’ll have Santa there and the student groups performing so it should be a good night,” Holtville Chamber of Commerce Director Ian Wells said as Christmas in the Park began.

Ian Wells said it was his brother, City Manager Nick Wells, who approached the chamber about combining the two events. Nick Wells confirmed this in an interview conducted during the event.

“The city has traditionally done a tree-lighting ceremony for the last … many years. And there’s on and off been the Christmas in the Park with vendors, most of them in the last several years. They have been combined sometimes in the past, but mostly they’ve been they’ve been separate events,” Nick Wells said. “We decided that the tree lighting was not a very good standalone event, because there’s not a lot to it, so we just invited the chamber to move their event up if they so desired. And they said, ‘Yeah, that sounds good.’ So here we are doing it together.”

This year’s Christmas in the Park drew hundreds of people, featured the lighting of the city’s official Christmas tree, which sits on the roof above the entrance to City Hall. There was a visit from Santa Claus as well, who arrived via a Holtville fire engine.

“Christmas in the Park really gets everyone together, and the community is coming together to actually become a community once again, especially after this COVID thing. We gotta get the kids to believe Santa is here, and he’s gonna be coming, right?” Holtville resident Hunter Toten said as he and family watched as Santa Claus arrived.

Holiday-themed music could be heard around Holt Park while a farmers market continued the community togetherness, featuring food vendors and booths selling holiday wares. Performances from Holtville High School band and a reading of “’Twas the Night Before Christmas” by Emmett S. Finley Elementary School’s transitional kindergarten class were highlights.

“It’s a really good opportunity for the community to come out and share in the holiday season together. Certainly, a big piece of the puzzle is …we have the kids do the choir thing, and all the parents come out to watch their kids,” Nick Wells said. “And so it’s definitely a family-oriented event. And you can see this is probably the most people we’ve had in the park other than a Carrot Festival in years.”

As the night continued, the happy faces of community members could seen throughout the park, visiting with family and friends, shopping at vendor stalls, or standing in line for popcorn or tacos. Among the food vendors was Holtville’s own PK’s Hand Pop Kettle Corn and Lemon Shakers, which stood proudly after surviving a devastating truck fire on Independence Day.

PK’s owner, Patty Kopka, could be seen at the back of the booth, cooking the kettle corn her booth is known for, smiling and waving at people who passed by. Kopka’s joy radiated as she served her community, who had come together this summer to help her keep her business alive.

“I love being out here with the people, especially in Holtville. This where I live, and oh my God, look at this! This place is getting flooded with people,” Kopka said with a laugh, before returning to serving people. “It makes very happy, and I want to wish everybody a very blessed and Merry Christmas.” 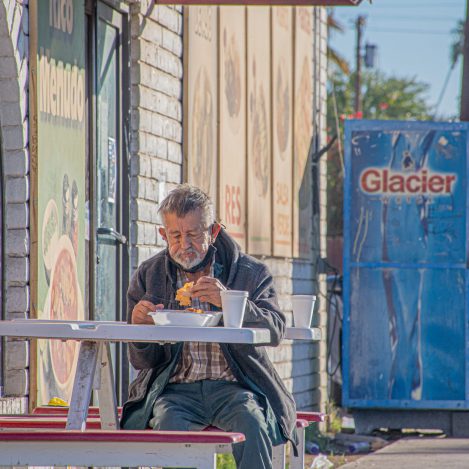