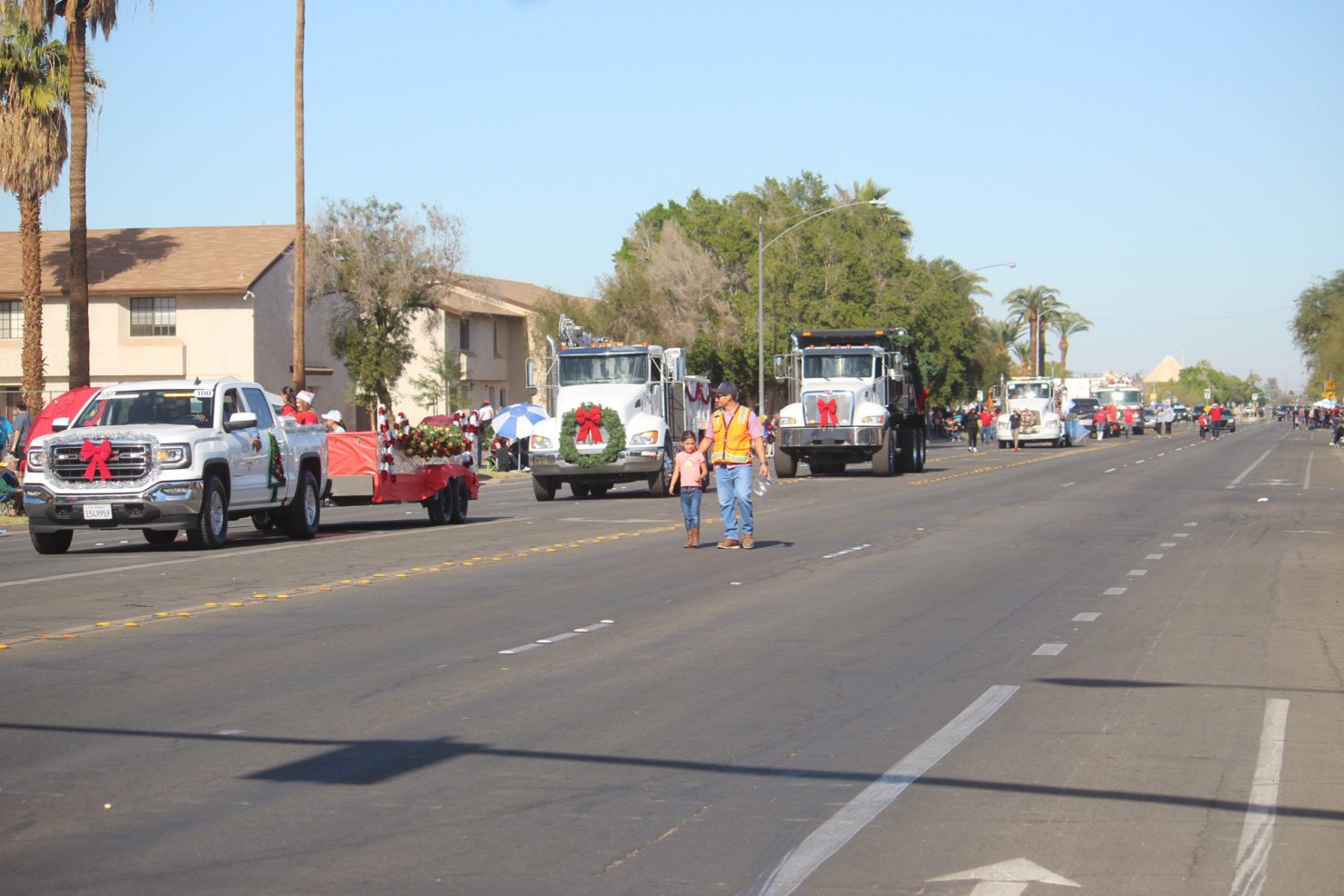 The 75th annual El Centro Christmas Parade returned on Saturday, Dec. 4, to the city after being put on ice last year due to the COVID pandemic. | MEGAN JONES PHOTO
In Regional News

Some 103 entries were in the El Centro Christmas Parade, including bands, floats, drill teams, and more. In fact, it was a little more than what some audience members were expecting.

Children were looking for one big man in particular. They were standing, jumping, or just wiggling in their seats as the El Centro Fire Department engine rolled up with Santa Claus waving from the top. A loud cheer rippled through the streets once they could see Santa coming in and were able to wave to him.

Floats decked out in all the bells and whistles (literally in some cases) rolled past sidewalks packed with people. Christmas colors of greens and red were everywhere and classic holiday tunes floated out of speakers and from the bands that marched through the streets.

Christina Alvarez said watching the parade is a yearly event for her family, even more now so that she brings her niece.

“It takes us back to when we were little and we got to participate in the parades also, and our mom was right alongside us,” Alvarez said. “So now we get to enjoy it with my niece.”

Luis Garcia, a Calexico resident, was out to watch his daughter perform with the Great Spartan Band and could feel the happiness in the in the air.

Another Calexico resident, Jose Niebla, echoed that same sentiment, saying the parade and others like it boost family morale and bring a bit of normalcy. Niebla himself was with his family to support his brother, Ruben Niebla, as Junior Grand Marshall, and cheered every float, band, and sponsor banner that passed by.

“During the past year our moods were all really low, so we need these kinds of events to lift our spirits,” Niebla said.

This was Valerie Carrillo’s first parade after moving back to her hometown and she wanted her show it to her 2-year-old daughter.

“I haven’t been to a Christmas parade in a good 11 years, so I’m excited to see what they have this year, especially since COVID was last year and I know they didn’t do much, or the world didn’t do much,” Carrillo said. “It’s exciting to see and see the outcome of all these people out here.”

El Centro Mayor Pro Tem Tomas Oliva still remembers when he was growing up, he had to get up really early in the morning to sit on the front lawn to watch the parade. Now, he said, he gets to be in the parade himself. He added that he hopes that can inspire other children especially during one of the happiest times of the year.

“From being the child that was sitting out there to now that I come out in the parade, I can honestly say that it’s great, I love this city,” Oliva said. “And as I look out and see a child sitting, one day they are also going to be in the parade being business owners, politicians, sheriffs, police officers, fire department, they are going to be something, and it starts with them seeing us as great role models.”

Cousins Ashley Guerrero and Natalie Almanza, both members of Southwest High School’s Majestics Drill team, were excited to be in the parade this year after a year of not participating.

It was Almanza’s first time in the parade ever, something different from sitting on the streets and watching.

“It was so different and so long!” laughed Almanza. “It was pretty good.”

Guerrero was particularly happy to be able to march in the parade since this is her senior year and last one with the Majestics.

“We expected not that many people, and there was more than we thought,” Guerrero said. “It was fun to see everyone come together for a parade and see everyone together.”

Imperial Valley Regional Chamber of Commerce board member Veronica Henderson said this parade has been a way to lift people’s spirits with some seasonal cheer, something that had been a bit lacking the previous year.

The chamber teamed with the city of El Centro, Los Vigilantes, and presented by El Centro Regional Medical Center to bring back the parade after a year hiatus due to COVID. This year’s theme was “Golden Jingle Bells.”

“Everyone needs a sense of normalcy, and this helps achieve that goal,” Henderson said. “It’s exciting, fun, and energizing for all of us who are starting to get down in the dumps about COVID. It’s still not over, we still have to be careful, but we can still have a parade.”

Winners of this year’s sweepstakes were Ballington Academy for both the youth category and overall sweepstakes winner, El Centro Regional Medical Center for the business category, and MLK Sports Pavilion for the public service category.

This weekend is just the tip of the December iceberg filled with Christmas events this year. Check out our partial list of holiday events and toy drives. 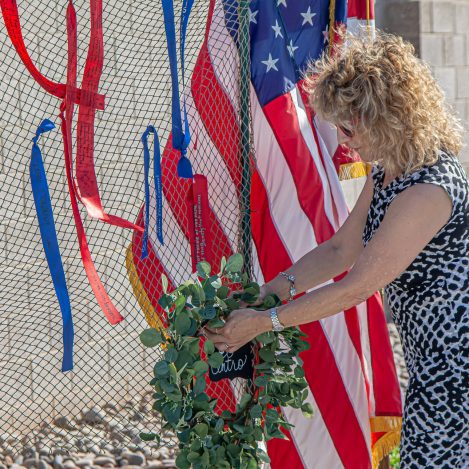