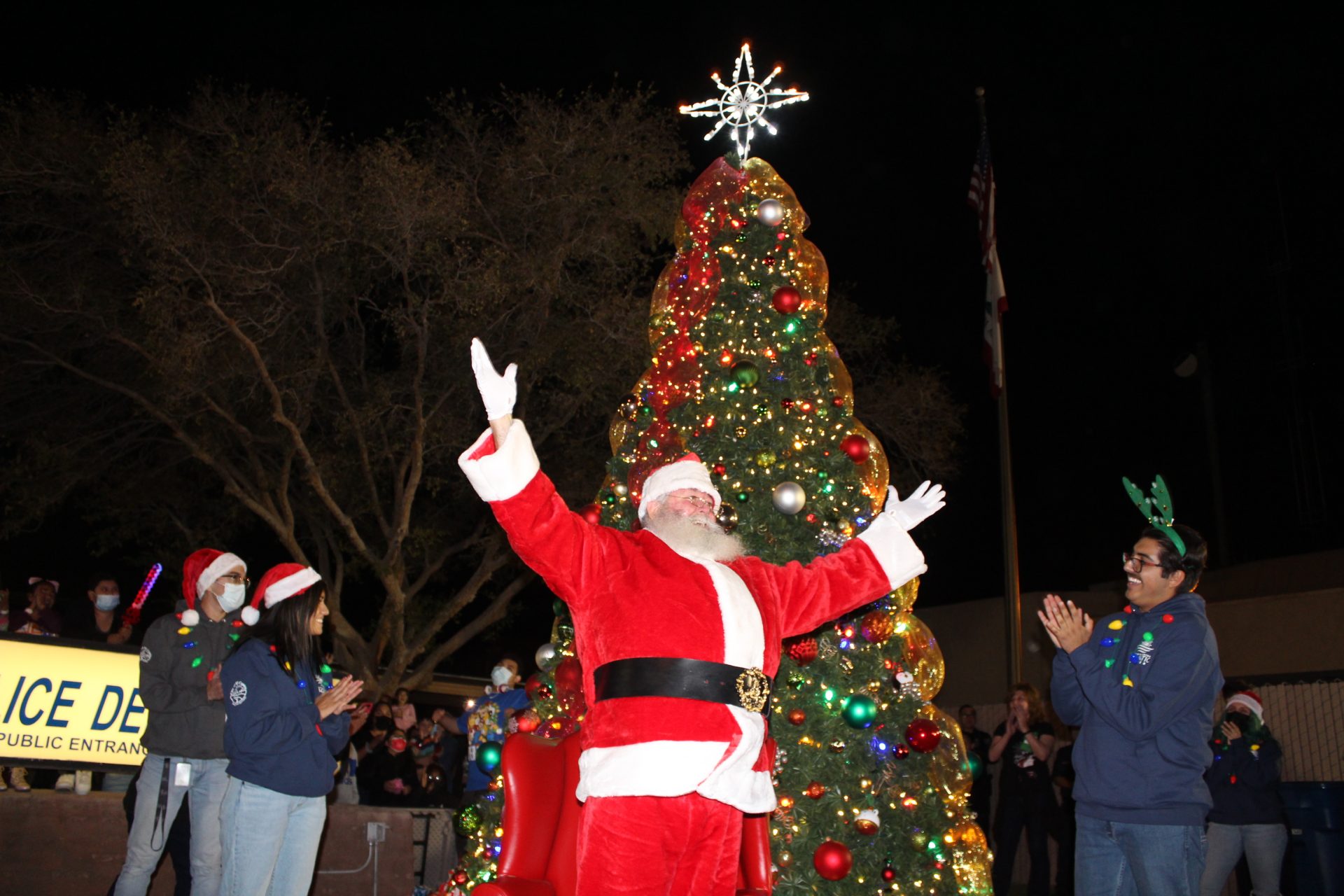 EL CENTRO — The Christmas season officially kicked off in El Centro on Friday night, Dec. 3, with the city’s annual Christmas tree lighting and street fair near downtown El Centro, which drew a huge crowd of people ready to enjoy some festive cheer.

Eight-year-old Nicholas Curling was one of many children running around the street fair and one of the first performers of the night. He jingled with all the bells he was wearing as he bolted past people in his Grinch sweater.

“I’m so excited! I get to spend time with my family,” Nicholas said.

He was also one of the performers on the stage that night that hosted a number of groups before the big lighting ceremny. These groups included Modern Dance & Afterschool Program, Jete Dance Academy, the Central Union High School Chorus and Guitar, Southwest Orchestra, and the Cool Deal Band.

On the street were vendors selling food, crafts, and clothes. The city of El Centro’s Parks and Recreation was selling buñuelos and giving out free cups of hot chocolate, and on the other side of the street there was cookie decorating. Other booths had games with prizes for anyone to participate in.

Near the city Christmas tree, a small ice rink was set up for the first time for anyone who wanted to try their hand. or rather feet at ice skating.

Leticia Montoya brought her children to the lighting for the street fair, watching them play the games and decorate cookies.

“After COVID, it’s nice to have everything go back to normal. And it’s nice to be out with the kids and have some family time,” Montoya said.

“It’s a nice tradition that brings everyone together,” said Sophia Avalos, who was with her cousin and her cousin’s daughter, Mila. “Even if there’s something you can’t afford, you can just come and enjoy the free entertainment.”

“I’m excited for presents!” said Mila, when asked about what she looked forward to for Christmas this year.

Best friends Lana Caraballo and Victoria Jimenez were happy to see something festive done in the city, especially since there was no public ceremony last year.

“I was very sad last year, I sobbed myself to sleep!” Caraballo said. “It’s feels good be out here again and not have as many restrictions.”

Once Santa made his appearance, courtesy of a ride with the El Centro Fire Department, the whole street counted down the lighting of the tree. It may have been the same tree as the year before, but many were happy to see a city tradition continue.

All the children who had lined up to take a picture with Santa were given a small present courtesy of the city of El Centro and Santa himself. About 600 presents waited under the city Christmas tree this year.

The city Christmas tree will remain lit up every night this month in front of the El Centro Police Department.

El Centro Mayor Pro Tem Tomas Oliva said the energy that 8-year-old Nicholas Curling had, energized and excited for the Christmas season, was what he hoped to see in all the children.

“Looking around I see people excited, happy; I see children living their best life, and that’s what we wanted to see,” Oliva said. 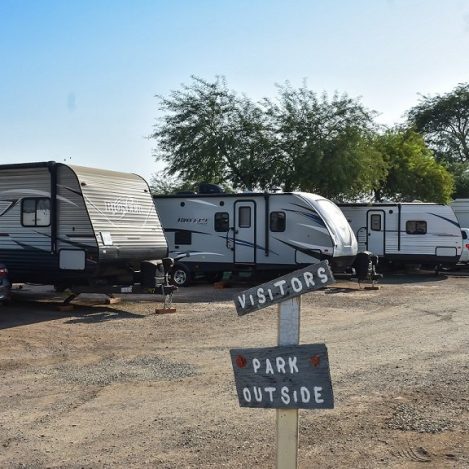