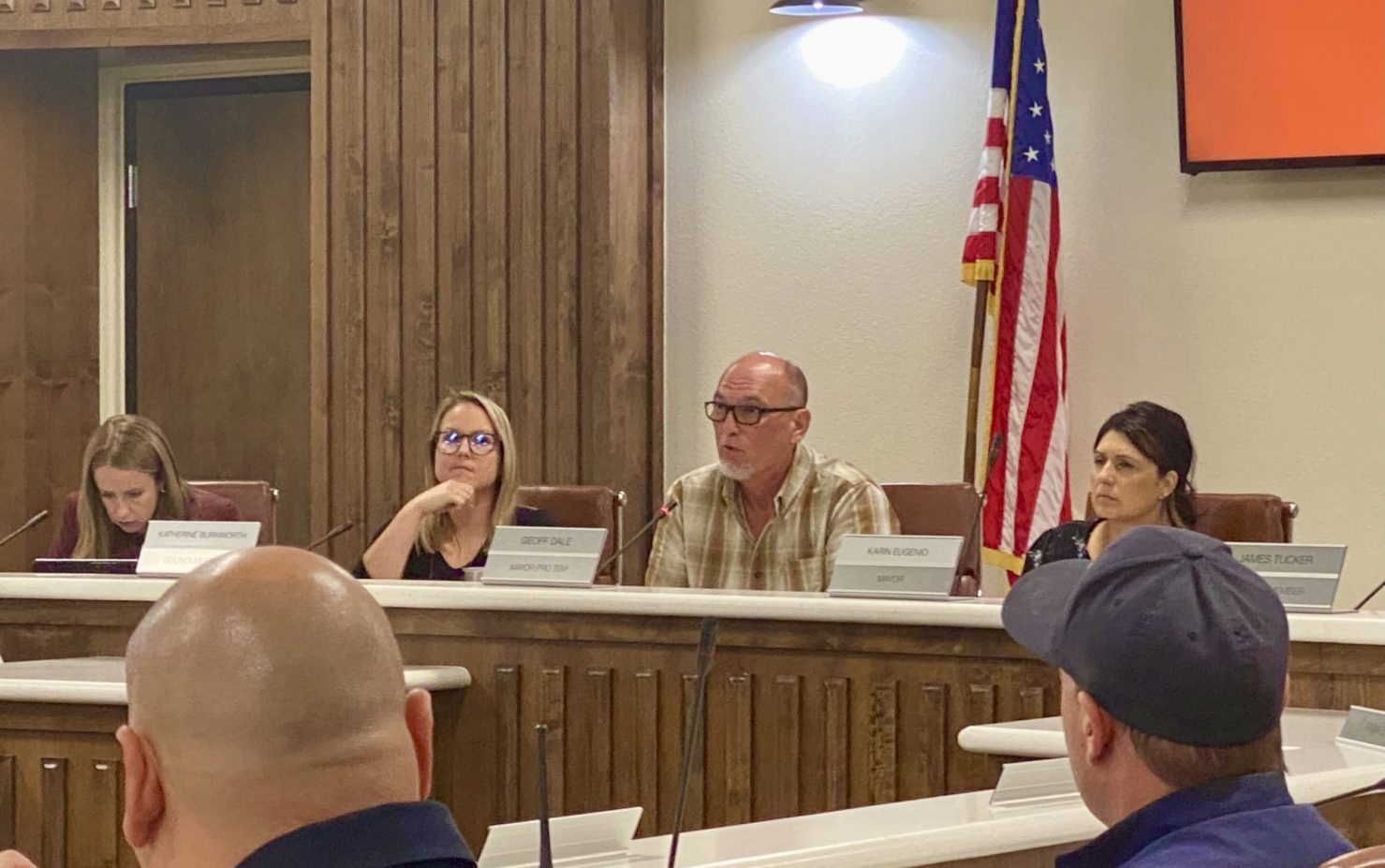 Mayor Pro Tem Geoff Dale expresses frustration over the lack of empathy the state of California is showing businesses over requiring organic recycling. He begrudgingly voted to approve a $45 a month fee increase for a green waste recycling program for businesses and apartment complexes during the Imperial City Council Meeting on Wednesday, Dec. 1. | MARCIE LANDEROS PHOTO
Home
Regional News
In Regional News

IMPERIAL — To comply with Assembly Bill 1826, which requires mandatory green-waste recycling, the city approved raising trash service fees by $45 a month for commercial operations and multi-family units like apartment complexes.

“Now this is gonna effect just businesses and multi-family, and there’s gonna be a separate container that we have to collect (for green waste). So that’s where the cost comes in,” said Perter Sternberg, general manager for the city’s trash service provider, Republic Services, during discussion of the rate increase at Imperial City Council meeting on Wednesday, Dec. 1.

The California Environmental Protection Agency’s Department of Recycling and Recovery (CalRecycle), the governing body in charge of waste disposals, requires that all trash services include separate organic waste disposal systems in a statewide effort to reduce “short-lived” climate pollutants like methane.

For residents of single-family homes, there will be no change in their services or fees, since organic-waste-recycling services are already provided by Republic Services in residential service (the green bin).

But businesses and multiple-family residences will see the $45 increase along with the requirement to separate organic wastes into its own waste disposal bin, which will be provided by Republic Services. Republic will have exemptions for any business that can prove it produces less than 2 cubic yards of waste a month.

While the City Council voted unanimously to approve the new fee schedule, at least two of the council members did so begrudgingly.

Mayor Pro Tem Geoff Dale expressed frustration over CalRecycle’s insistence upon implementing these new recycling requirements, feeling that it puts an unfair strain on businesses that already have struggled through the pandemic.

“I just I feel bad for businesses right now. I mean, we’ve gone through COVID. People have lost businesses and people have suffered in many ways. And I understand this is a horrible, horrible disease, that is, we’ve lost lots of family members and loved ones and been affected by it,” he said. “But we also have to realize the reality of we’ve got to get back to get business, and to think that in the toughest of times the state does this? They could have waited.”

Sternberg agreed with Dale, explaining that in an order to help businesses shoulder the new cost, Republic Services is only charging half of what the estimated cost to implement these new requirements would be; he estimates the cost would be more than $90 a month per bin to collect. Republic will charge the $45 for the first year as it gathers data on the true cost of the requirements, before settling on the final rate increase, Sternberg added.

Council member Robert Amparano also expressed frustration over California’s policies, feeling that they cross into what should be a local jurisdiction matter.

“I think Sacramento needs to stay out and let local government take care of our cities and let us you know, work with our residents and our businesses to try to take care of these problems and not have them and start imposing things and fees like this,” Amparano said.

According to the CalRecycle website, the laws requiring local agencies, like the city of Imperial, to provide organic recycling programs were passed in September 2016, with the goal of reducing organic waste disposal 50 percent by 2020 and by 75 percent by 2025.

Unrecycled organics, like food scraps, yard trimmings, paper, and cardboard, left in landfills produce 20 percent of the state’s methane, a powerful greenhouse gas that is 84 times more potent than carbon dioxide. These unrecycled organics make up half of what Californian’s dump in landfills, according to CalRecycle, making the need to dispose of them properly of vital importance for the climate crisis.

For a third time in the last two months, Imperial resident Chuck Jernigan spoke during public comments at a council meeting, demanding that the city discuss traffic issues on 15th Street and Highway 86, next to Frank Wright Middle School.

“School boards and city councilors are supposed to be treated democracy, and that’s where the constituents, which is me, can meet with my elected officials, which is you. And this is my third time coming down here, and we’ve never had an exchange of dialogue. It almost looks I’m talking to a wall. There’s no discussion, there’s no back and forth,” Jernigan said. “And I was just curious why we never have that. Unless you guys just don’t have any ideas or opinions on what we’re talking about. And I know that your council has told you not to engage in conversations in public comment session. But this is a non agendized item, and you can’t take action, but we can have a discussion on it.”

Imperial City Attorney Geoffrey Holbrook responded to Jernigan, explaining that while Jernigan, or any other member of the public, may present their thoughts during public comment, active discussion must wait till the item appears on the agenda so all Imperial residents have a chance to weigh in.

“Mr. Jernigan, if you’d like me to address that, if you start having a dialogue between numerous people, and the public doesn’t know that dialogue is occurring, it’s not agendized. That is an issue for the rest of the public, to have a full dialogue where you come to conclusions, without affording the general public the right to know that that’s being discussed. That’s the reason for my advice,” Holbrook said.

Assistant City Manager Alexis Brown confirmed in an email on Thursday, Dec. 2, that this discussion is still slated for the Dec. 15 meeting, as was announced on Nov. 17. The city chose to wait to have this on an agenda until the 15th as they were already having a traffic study performed in the area previous to Jernigan’s comments. The study is scheduled to be completed soon, and its results will be available for review by the public during the Dec. 15 meeting.

Previous
Feeding Those Who Feed The Nation 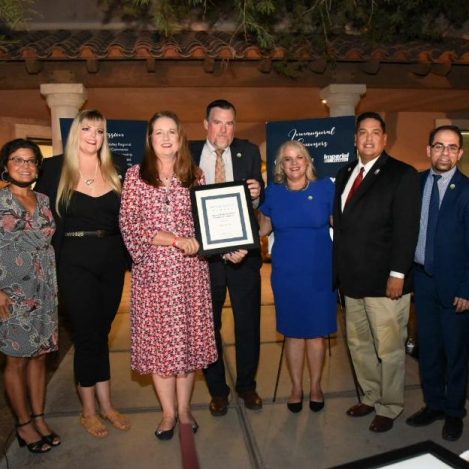