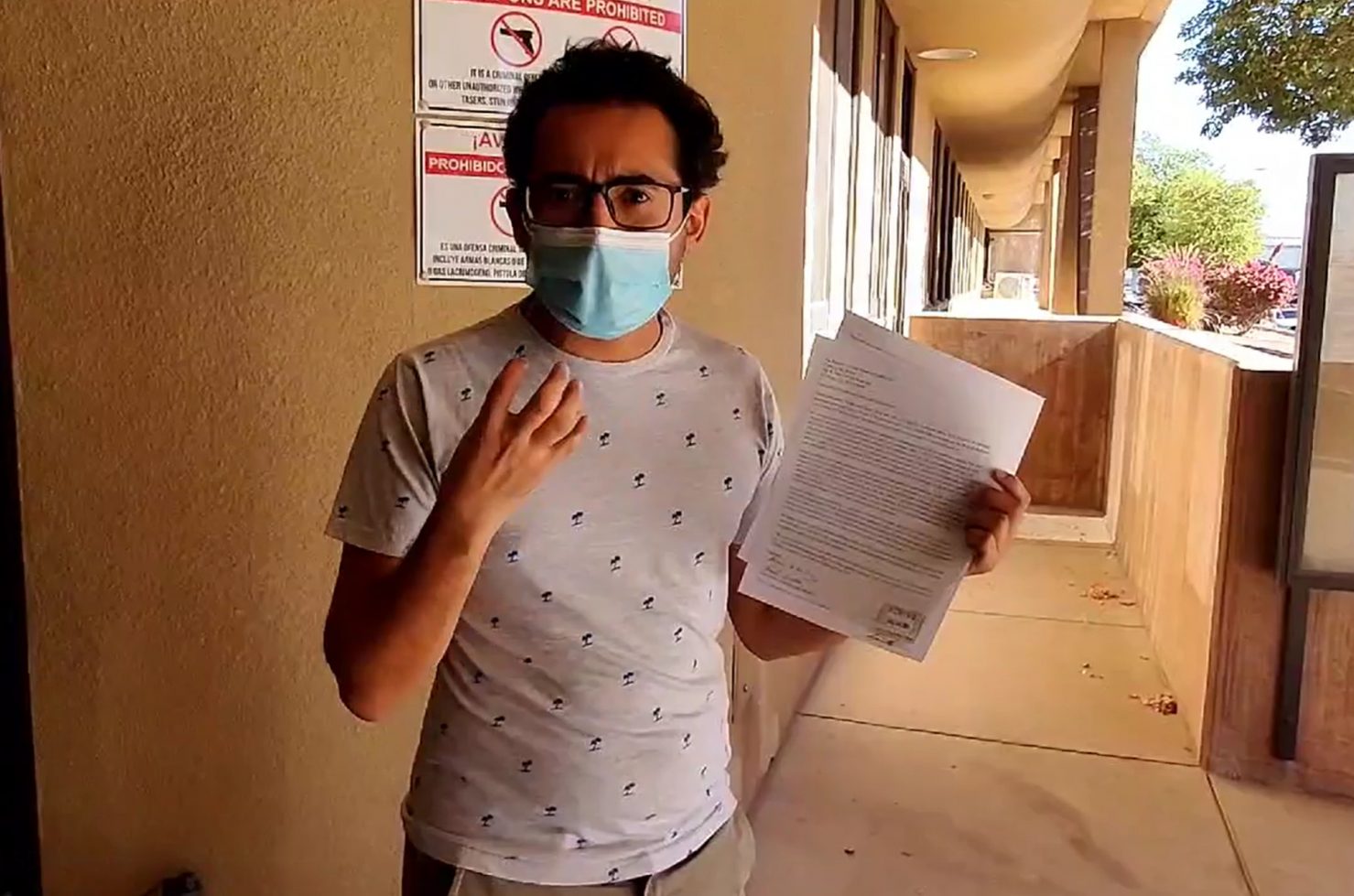 Calexico City Council member Raul Ureña livestreams from the Imperial County Administration Center in El Centro on Thursday, Dec. 2, after he and council member Gloria Romo delivered a letter to the county Executive Officer addressed to the county Board of Supervisors asking that they reinstate the indoor mask mandate. | VIDEO CAPTURE
Home
COVID-19
In COVID-19Local News

CALEXICO — It’s the decisions that weren’t made and the issues not discussed during the Calexico City Council meeting on Wednesday night, Dec. 1, that seems to have made the most news.

Fewer than 24 hours after walking out of a Calexico City Council meeting in disgust and protest, council members Raul Ureña and Gloria Romo delivered a letter to the Imperial County executive office demanding the reinstatement of the indoor mask mandate amid rising COVID case rates and hospitalizations.

On Nov. 17, Ureña first requested the council take a position and send an official communique to the county asking for the mandate to be reinstated, but council members pushed back and expressed concern over getting into a “political” issue. The county rescinded the mandate early just four weeks ago after public pressure that played out over several county Board of Supervisors meetings.

However, when sending the letter didn’t appear on the agenda of the Dec. 1 council meeting, and Ureña and Romo were rebuffed when trying to discuss the issue during the approval of the night’s agenda, Romo initiated the walkout.

“If the council does not take into account the health of the population of Calexico and we’re not going to work together as a team, then I’m going to excuse myself,” Romo said in Spanish, standing up and collecting her things. “It doesn’t make sense to stay here.”

“By the same token, if Ms. Romo is going to leave then I am, too,” Ureña said.

“You three can stay to work and continue to infect one another,” Romo said.

“You don’t want to work, so there’s no reason for us to be here,” Ureña added.

They left the meeting, which went on with little additional comment over the issue, except with Mayor Javier Moreno stating he wanted the record to reflect they were leaving of their own volition.

As the council meeting continued inside, Ureña explained the reasons for the decision to walkout and criticized Moreno and council members Rosie Fernandez and Camilo Garcia for their cowardice in not addressing the mask mandate as rates increase and the nation braces for the Omicron variant, which was detected in California on Dec. 1.

Although it could be argued that some of the theatrics and tactics employed in this and other instances by Ureña have the air of attention-seeking, his video statement at the front door of the county building on Thursday was compelling and biting in its use of data, making a persuasive case for consideration.

“Cases are going up, the ICUs in this county are full, the tents are up at ECRMC. There has been a surge of COVID at the Mexican consulate in Calexico that closed that office for a whole week. COVID is alive and well in this county. And now Omicron, the new variant that we don’t know how dangerous it is, we don’t know if the vaccine is going to be just as effective, is at our doorstep here in California,” he explained.

Discussion of sending a letter to the county board was denied, Ureña said in his video message, “because Mayor Moreno, councilwoman Arreola Fernandez, who is a nurse, and councilman Garcia said we don’t even want to discuss this; public health is not on the Calexico agenda. So myself and councilwoman Romo are here taking action because this is urgent.

“Let me go over some numbers with you. Imperial County that has no mask mandate is 28 seven-day infection average; 28 infections weekly, on average, adjusted for population. Santa Cruz County that reinstated their mask mandate before the variant is at 12 and Los Angeles County that has even less to worry about that has more restriction is at eight. We are about three times higher than Santa Cruz County where our supervisors are right now enjoying their conference with the crisp air and the low infection rates.

“I want them to come back and take public health seriously when they come back home. I want them to learn from the communities that they go to and see what they can do for ours. Because we are at greater risk. We have the highest death rate in the state. We should be taking this virus more seriously than any other county in this state,” he continued.

Ureña went on to reference the group of outspoken Imperial Valley residents who went to several consecutive county board meetings, even forcing a “community forum” that was effectively held out of their persistent concerns to overturn the mandate.

“Our supervisors are being influenced by a very small minority, a very small affluent minority in this county to disregard the public health of all of us in an 85 percent Latino community. And in my case, a 92 percent Latino city. We are enraged. It is unjust. It is unfair. It is against justice for them (Calexico City Council) to neglect to even discuss the public health of this community and that is why we’re here sending this letter to the county Board of Supervisors,” Ureña said before his video cut out.

The local data the council member quoted on Thursday (28 cases of COVID per 100,000 residents) was actually under the latest seven-day average update posted by the Imperial County Public Health Department earlier that morning. The average case rate was at 29.6 cases per 100,000 for data from Nov. 14-Nov. 20, with a positivity rate of 13.1 percent, the highest numbers in several weeks.

Active cases were at 453, down from 524 active cases on Tuesday, Nov. 30. Deaths continue to tick upward, though. On Tuesday, the county had 769 COVID-related deaths. That increased to 773 on Thursday.

Some of the more fractious episodes between the members of the Calexico City Council over the past nearly two years have revolved around COVID-related issues, as far back as when Moreno, Fernandez and Garcia voted to ended a COVID ad hoc committee led by Ureña and Romo. The sides have butted heads over the use of COVID relief funds as well. Most recently Ureña drew the ire of most city employees when he took exemption with the payment of $7,000 to each employee using American Rescue Plan Act funding, making the point that all essential workers in Calexico deserved a bonus.

The walkout that occurred Wednesday essentially started on Nov. 17 when Ureña asked for an emergency item be placed on the agenda to discuss drafting a letter to the county over masking. Eventually he relented with assurances by City Manager Miguel Figueroa that a letter would be drafted and brought back for discussion at the Dec. 1 meeting, which did not happen.

Julio Morales contributed to this report. 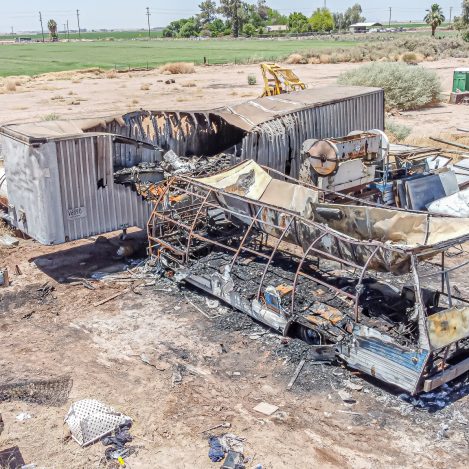