IMPERIAL COUNTY — The following reports were collected from the Imperial County Sheriff’s Office call logs from Nov. 23 through Nov. 29.

7:23 a.m.: A California Highway Patrol officer reported encountering an aggressive subject walking eastbound on Evan Hewes Highway near Brock Research Station. The officer reported that the subject had threatened him and advised any deputies who make contact with the subject to bring backup.

1:14 p.m.: Deputies received reports of a white male adult with gray facial hair, a blue and white facemask and a light-colored blue shirt driving around in an older model SUV in the area of Baseline Road and Picacho Road in Winterhaven taking photos of children playing.

12:16 p.m.: A resident of Dana Avenue in Salton City called deputies to complain that a male individual unknown to the caller who arrived in a silver Kia was in front of the home throwing rocks and yelling about somebody owing him money. The man left before deputies arrived.

12:23 p.m.: The El Centro Police Department requested assistance for two subjects, one of which was a suspect in a stabbing, barricaded themselves inside a home on South Second Street in El Centro.

5:23 p.m.: Deputies received reports of a suspicious Hispanic male adult wearing a gray hoodie and tan shorts walking around the area of Maple Street and Hawk Street in Heber talking to himself, walking in the roadway and making animal noises.

7:42 p.m.: Deputies responded to the Q Casino in Winterhaven after an unknown subject passed a counterfeit $100 bill.

11:14 p.m.: A resident of Atlantic Avenue in Salton City reported spotting two subjects trying to break into his home on his Ring doorbell camera.

1:49 a.m.: Police responded to Slab City for reports of a male subject hitting himself in the head with a shovel and bleeding from the head.

2:24 a.m.: Deputies responded to the Q Casino in Winterhaven after security officers found methamphetamine on the blackjack table floor.

8:39 a.m.: Deputies responded to a trailer fire in Desert Shores. Three persons died in the fire.

12:16 p.m.: A Salton City resident contacted deputies regarding unknown males going into her residence to harass her for sex. The caller advised that this is an ongoing issue.

3:36 p.m.: Deputies responded to a head-on collision at the Glamis sand dunes involving a motorcycle and a truck with one person injured.

4:44 a.m.: Deputies received reports of 20-30 shots being fired in the area of Evan Hewes Highway and Austin Road near Imperial. The dispatcher reported hearing shots approximately every 30 seconds while on the line.

2:41 p.m.: Deputies responded to Fink Road in Niland for reports of a white male adult in shorts and no shirt carrying a firearm and threatening residents in the area.

12:09 p.m.: An employee at Pioneers Memorial Hospital in Brawley called deputies to advise that they were treating a victim who was assaulted at Slab City but refused to provide any further information.

1:38 p.m.: A female subject at Salvation Mountain near Niland was reported to be having a mental breakdown and removing her clothing.

8:16 p.m.: A Heber resident called 911 to report finding a male subject outside her residence asking for help who appeared to have been assaulted. The subject refused to provide any further information.

2:09 p.m.: A Grape Court resident reported finding chickens on his property that do not belong to him. The resident told deputies that he believes the chickens may belong to a neighbor.

5:44 p.m.: Deputies responded to a 911 call reporting an aggressive Hispanic male adult yelling and putting his hands in the air on Figueroa Avenue.

11:24 p.m.: Deputies received a report of a subject in a gray Hyundai driving around shining a light into homes. Deputies made contact with the subject who advised that they were looking for a lost animal.

2:57 p.m.: A male subject called 911 to report that he was assaulted by a female he met online and that she was not allowing him to leave the location.

2:34 a.m.: Deputies responded to a house fire on Beale Avenue. 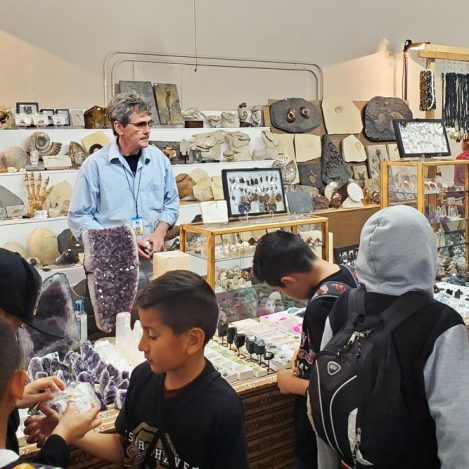