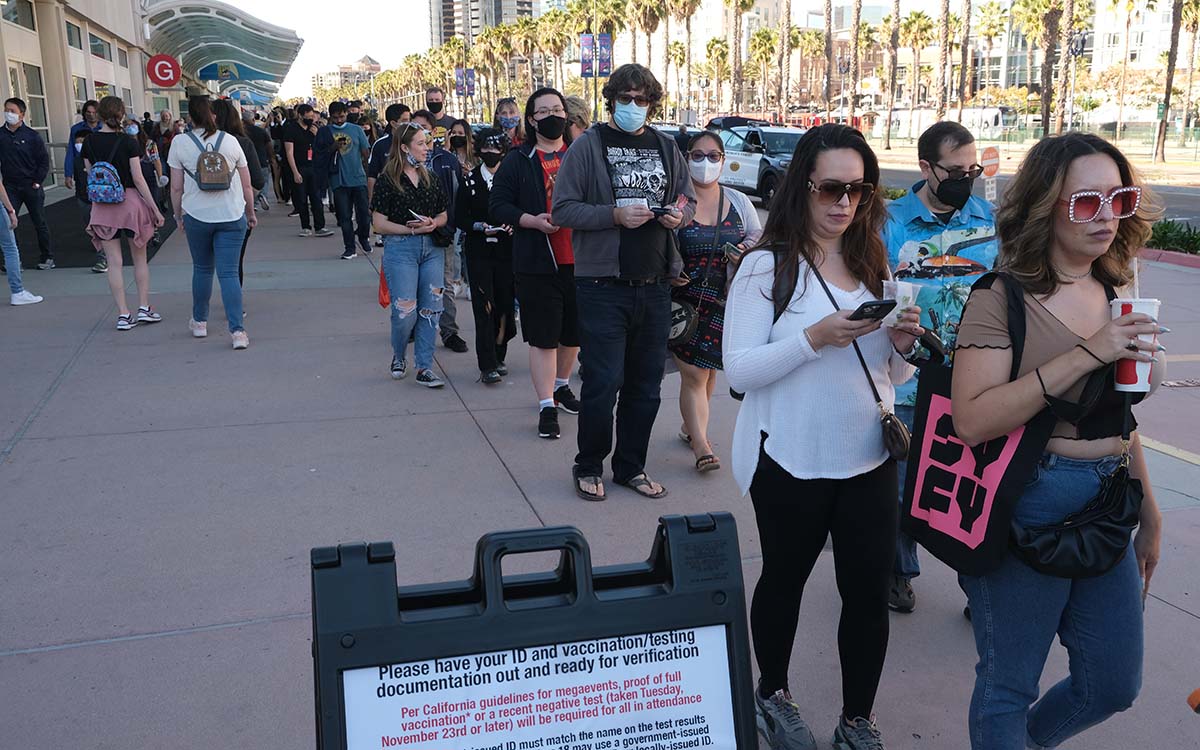 SAN DIEGO — The lines were back. The crowds were out. And fans wore costumes.

But the return of an in-person Comic-Con brought many changes and a vastly different feel to the popular San Diego event.

Fans picking up their badges to get inside had to wait on line to have their COVID-19 vaccination or testing checked. It was a long line that is typical for the event, but this one, snaking outside Hall H of the San Diego Convention Center, took only about 20 minutes to get through and fans weren’t subjected to the late July/early August sun that beams down on the crowd during the usual summer Cons.

Once checked and inside, fans trudged through the well-lit, cavernous Hall H, which during the Con is usually dark and reserved for special screenings and panels for the biggest Hollywood blockbusters and stars.

From there, it was on to a smaller exhibit hall, where artists and vendors hawked their items in booths laid out along the aisles. The most noticeable difference was the lack of the cacophony of voices and wall of sound from major film and television studios blasting commercials and sneak previews on giant screens outside their two-story exhibit displays.

The other great difference was the size of the crowd inside the Convention Center. Although still crowded, it was not elbow-to-elbow with fans literally pressing against each other trying to get through. Some maneuvering was required, but it was manageable.

Outside the Convention Center, there was very little spill-over of Comic-Con. In recent years, the Con has become so large that it has sprawled out to include events and exhibits at the parking lot outside Petco Park and all along the Gaslamp. This year, there was only one small exhibit at the entrance to the Gaslamp.

Safety was a priority throughout. Fans, exhibitors and staff inside the Convention Center were required to wear face coverings. Sanitizer bottles and gloves were scattered around different booths. And fans picking up their badges received a souvenir bag stuffed with a program for the event and a bottle of sanitizer.

If anything symbolized the scope of this year’s Comic-Con, perhaps it was that souvenir bag. In previous years, fans would receive a giant canvas bag with a strap that one could sling over their shoulders, the better to carry a bulky haul of toys, merchandise and giveaways picked up at the Con. Instead, this year fans got a small, plastic bag more suitable for carrying groceries out of your supermarket.

No matter. The Con was back and enthusiasm among fans was high.

This story by Luis Monteagudo Jr. first appeared on Times of San Diego and was made available as part of the CalMatters Network. 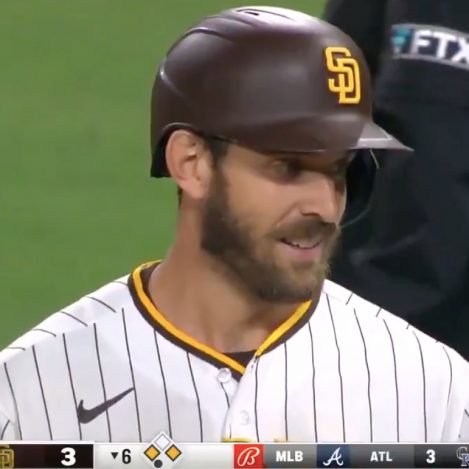