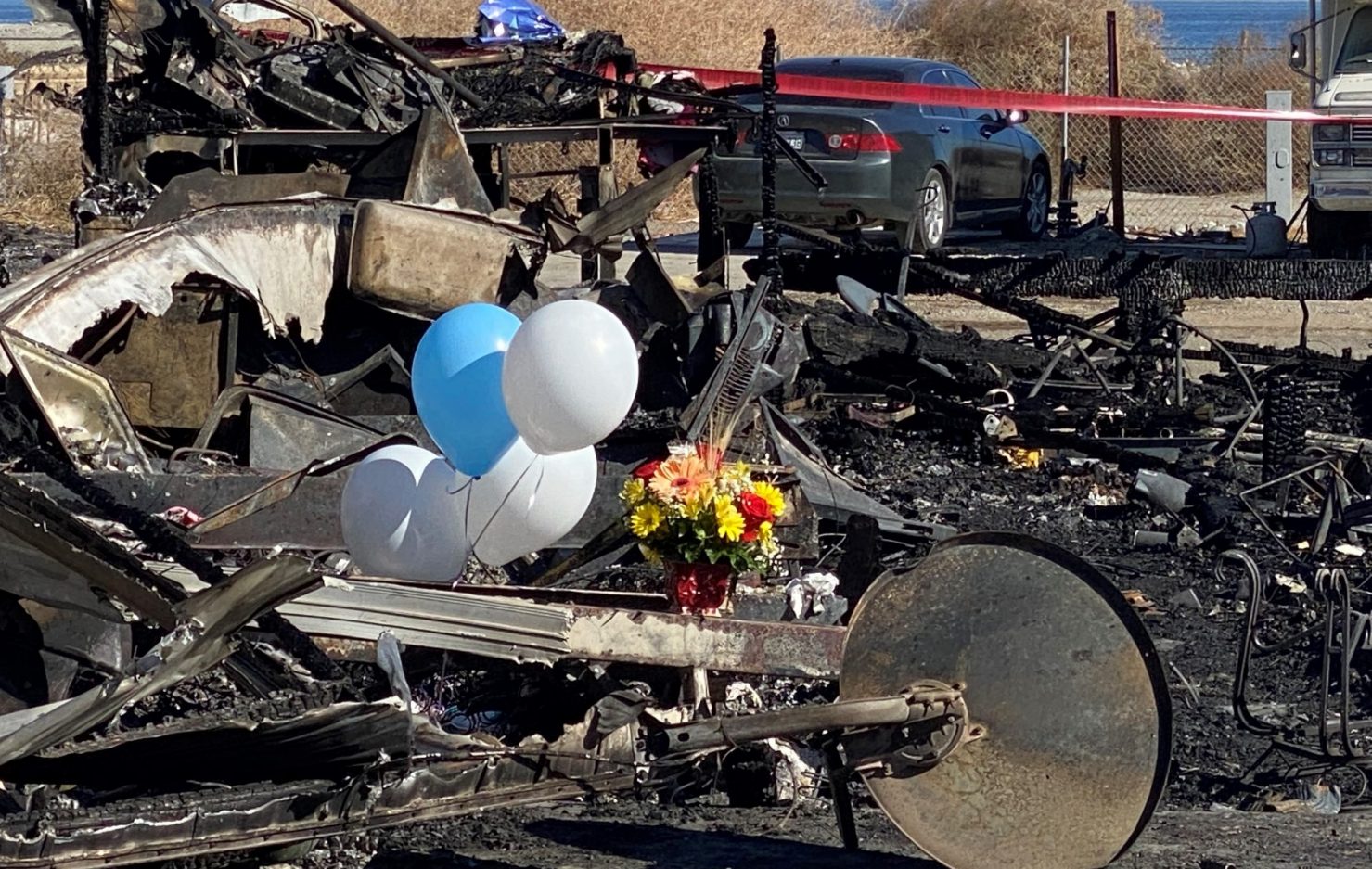 Balloons and flowers mark the charred remains of where a father and his two children were killed in a fire at the Desert Shores Trailer Park on Friday morning, Nov. 26. | MARCIE LANDEROS PHOTO
Home
Public Safety
In Public SafetyRegional News

DESERT SHORES — Balloons and flowers marked the charred remains of where a father and his two children were killed in a fire that ultimately destroyed several homes and displaced several families living in the Desert Shores Trailer Park on Friday morning, Nov. 26.

Pedro Dominguez, 33, and his children, 14-year-old Viridiana Dominguez and 9-year-old Joseph Dominguez, died from burn injuries, according to the Imperial County Sheriff’s Office, after they became trapped in their trailer, the location of the initial fire that would eventually destroy eight trailers.

Imperial County Social Services Department staff were at the scene operating out of an emergency response RV/field office on Saturday, Nov. 27, with a deputy director and four social workers assessing what kind of services or needs those at the trailer park had, County Executive Officer Tony Rouhotas Jr. said.

A woman who county officials said was the mother of the children who were killed and widow of the father was inside the county’s trailer getting assistance around midday Saturday.

Rouhotas said Saturday evening that seven families were ultimately displaced by the fire, and five of those families received some level of assistance from Social Serivices.

“One family had already relocated out of county and one is currently denying service,” the CEO stated.

Most of the residents of the trailer park, which sits on western shores of the Salton Sea, are farmworkers, according to Rouhotas and Imperial County fire Battalion Chief Juan Rodelo. Rodelo was at the scene speaking to residents and leading the Fire Department’s efforts on the ground Saturday.

Social Services staff at the scene said the American Red Cross was there late Friday night handing out hotel vouchers for those who lost their homes. Also, Rodelo said he was told by some at the trailer park that many of the displaced were staying with family or friends in the area.

Details on how the fire started and further information about the fatalities weren’t immediately available, Rodelo said, adding the case is still under investigation.

“During extinguishment, crews were notified of the possible trapped victims in the fully burned initial mobile home. During the overhaul of the incident, a total of three bodies were found and included an adult male and two juvenile victims,” Rodelo read from the same statement posted on the Fire Department’s Facebook post on Friday afternoon.

A crew from Imperial County Fire Department’s Salton City Station No. 9 were called out to the trailer park at 115 Desert Shores Drive around 8:35 a.m. for a single trailer fire, and as they were arriving, they learned a second trailer had caught fire. Crews arrived to “three trailers on fire, two fully involved,” county Deputy Fire Chief and Fire Marshal Robert Malek said.

The county reported due to exposures to nearby trailers, a second alarm was called, and a defensive attack was mounted. A total of six engines were at the Desert Shores fire. Malek said at the same time, or shortly after the Desert Shores call came in, county fire crews were dealing with a large vegetation fire at Fig Lagoon in the southwest end of the county near Rio Bend RV Park near Seeley.

Rouhotas said that by the end of Saturday, the county should have a better idea on the level of services needed at Desert Shores Trailer Park. Some of that assistance could come in the form of the same travel trailers provided to Niland-area residents.

Due to the remoteness of the communities in the northern county, needs can appear to be more glaring, Rouhotas said on Saturday.

“I was not aware of the tragic fire, however, we coordinated with Supervisor Ryan Kelley and Esperanza Colio to get money to the families in the Niland fire, and we are ready to rapid respond with economic assistance to the fire victims should county ask for our assistance,” said Luis Olmedo, executive director of Comite Civico Del Valle, in a message on Saturday.

There could be some question about the legal residency of many of those living at the trailer park. There seemed to be a reluctance on the park of residents to avail themselves of the services of the county, a staff member indicated at the scene.

“We would still be willing to assist with whatever resources we can provide,” he said. “At this point, we are not worried about residency but more focused on the human needs that were impacted by the tragic incident.”

(This story was updated at 9 a.m. Wednesday, Dec. 1, with the correct sex of all victims in the fire. The incorrect sex of the children was provided.) 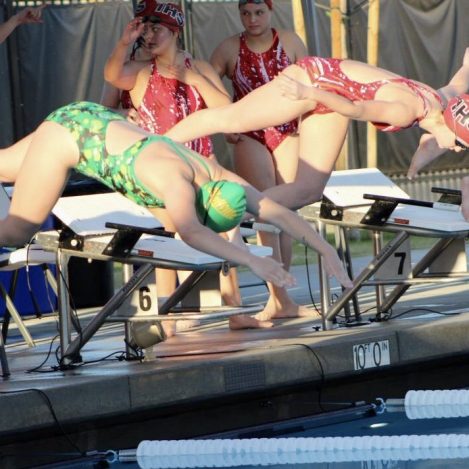