IMPERIAL COUNTY — The following reports were collected from the Imperial County Sheriff’s Office call logs from Nov. 16 through Nov. 21.

5:57 a.m.: A resident of the Niland area called police to report that somebody had stolen his shoes, valued at $10, from his camp while he was sleeping.

6:39 p.m.: Employees at Calipatria State Prison reported spotting what looked like a drone flying near the prison. Deputies checked the area but only found field workers nearby.

6:58 p.m.: A Hispanic woman approximately 30 years of age reportedly assaulted a worker at the Family Dollar store in Salton City, hitting the employee in the face before fleeing the scene.

7:52 p.m.: Deputies responded to reports of shots being fired by a group of people near the intersection of Maple Street and Hawk Street in Heber.

5:54 p.m.: A resident of Ocotillo Wells called deputies to report seeing a man on his security cameras stealing quads from a storage container. The Sheriff’s Department requested assistance from California State Parks rangers to respond to the incident.

3 a.m.: A 24-year-old female subject reportedly crashed her vehicle into a ditch along Picacho Road in Winterhaven after getting into a fight with her passenger leading to the accident. The female subject was reported to be bleeding from the head.

1:31 p.m.: Deputies responded to a residence in Niland for reports that a female subject in the area was yelling and screaming and threatening to start a fire.

7:41 p.m.: Deputies responded to a trailer fire in Niland. Neighbors advised that they believed the trailer to be unoccupied.

2:26 p.m.: Deputies investigate reports of a male subject lying on the side of Highway 98 at Signal Road near Calexico.

2:31 p.m.: Marisol Garcia Castro was arrested at the Algodones border crossing in Winterhaven for an outstanding felony warrant on charges of conspiracy, possession of marijuana for sale in an amount over the state threshold, illegally conducting an enterprise and for money laundering. Her bail was set at $10,000.

3:46 p.m.: Security officers at Quechan Casino in Winterhaven contacted deputies in regard to a customer at the casino paying with counterfeit money.

10:36 p.m.: An anonymous subject texted the Sheriff’s Department about hearing gunshots and screaming for help near the park in Heber.

9 a.m.: A concerned citizen reported finding dried blood on the corner near the 7-Eleven store on Fifth Street. Deputies responded and found that the blood was from an animal that had been run over.

12:10 p.m.: A concerned citizen contacted deputies to report spotting two juveniles who had been at Babe Ruth Park since the previous day and had possibly slept there. The caller said that she recognized one of the juveniles from a Facebook post about a missing person.

1:26 p.m.: A resident of Holt Avenue reported that a Hispanic male adult with tattoos on his arms was trying to open vehicles in the area and talking to himself. 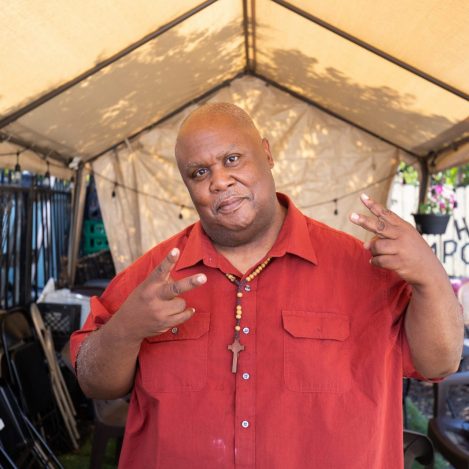