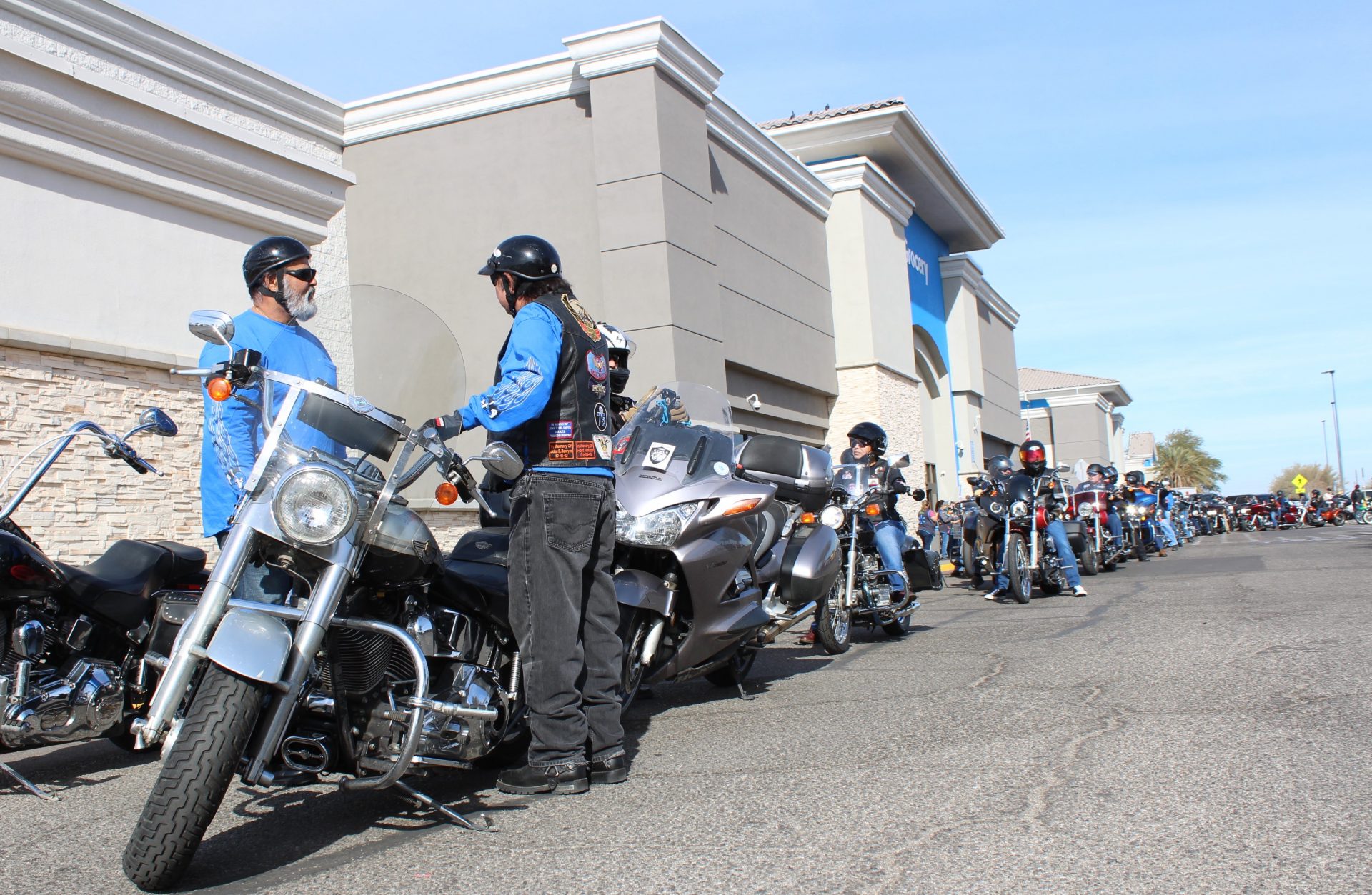 Close of 140 motorcyclists lined up and were ready to roll out of the Walmart parking lot in El Centro on Saturday morning, Nov. 20, in ABATE 38’s annual Turkey Run to deliver more than 400 turkeys to charitable organizations around Imperial County. | KATHERINE RAMOS PHOTO
In Regional News

EL CENTRO — The roar of dozens of bikers revving their engines at same time, the screech of tires spinning on asphalt, and the cheers of scores of leather-clad riders marked a time-honored tradition: the annual ABATE 38 Turkey Run.

On Saturday morning, Nov. 20, close to 140 bikers gathered at the Walmart parking lot in El Centro to load up on turkeys before setting on motorcycles (and truck beds deep with frozen turkeys) to deliver the birds to charities around the Imperial Valley.

“This has been a labor of love for the last 24 years,” ABATE 38 President Ed Aranda said before the caravan of motorcyclists left the Walmart parking lot.

The annual turkey run started as an idea to help Imperial Valley charities that get little to no funding, Aranda said, and started small. The first run had only 11 bikers and provided only 26 turkeys to three local charities.

This year, however, more than 400 turkeys were donated to a dozen Imperial Valley charities and riders participated from Mexicali, San Diego, and Yuma.

Every rider who signed up donated $10 and one turkey. ABATE donated $2,000 worth of turkeys and Walmart donated $200 worth as well. In the end, three truckloads of turkeys pulled out of the parking lot and followed the long line of bikers to deliver the Thanksgiving dinner centerpieces.

“A lot of people right now probably can’t afford a turkey and will at least get half a turkey on their plate,” said rider Richard Hernandez, who been participating in the run since its first year. “We try to help kids, adults, anyone who is in need.”

Yuma HOG (Harley Owners Group) chapter take part every year in support of the run, and President Reynold Jerome says a run that helps the community, whether it’s in Yuma or in its sister community of the Imperial Valley, is something the group is always happy to support.

“There’s no better feeling that you’re helping somebody,” Jerome said. “Especially with COVID, everybody is in need, people lost jobs, or whatever reason we want to make sure they have a Thanksgiving dinner.”

“It feels surreal like coming here and seeing all the clubs and independent riders this community has for this run,” biker Joshniño Supapo said. “I’m glad that I came out and can’t wait to start this caravan.”

Grace “Clutch” Blakley with the Oceanside chapter of Chrome Divas was happy to do something to help a community.

A big turkey lunch was served to all who participated afterward the run, courtesy of St. Mary’s Catholic Church in El Centro.

Aranda said he plans to keep going with the run as long as he can, but he is already beginning to look at passing the torch to someone else, though he plans to stick around for the 25th annual run.

“It’s a labor of love and the Lord is willing to let me do,” he said. 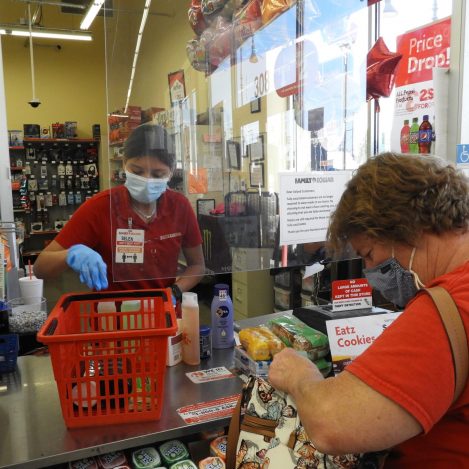