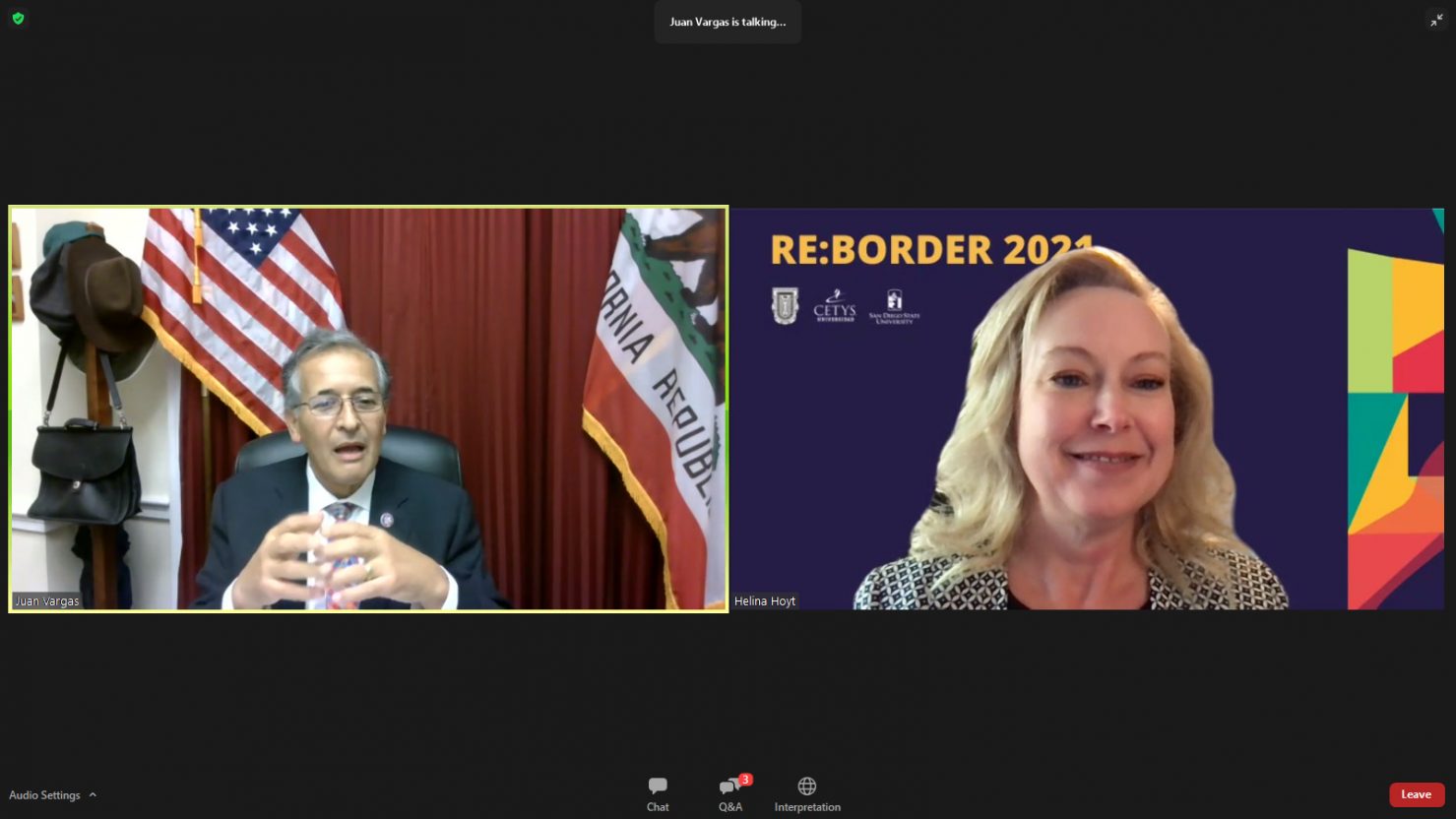 CALEXICO — Admittedly, Imperial Valley may not have readily available solutions for all the public health challenges it faces.

But the collective efforts of community members, grassroots organizations and public and private entities may prove to be the best shot at highlighting and addressing those longstanding issues.

Already, such emerging coalitions are yielding results, especially when initiatives include community members whose narratives are used to help illuminate a troubling trend.

Increasingly, academics are advocating for such “bottom up” approaches, Hoyt said during her closing remarks for the third annual Re:Border binational conference on Wednesday, Nov. 17.

Re:Border 2021 was a two-day conference that started Tuesday, Nov. 16 and was hosted through SDSU’s main campus and CETYS Universidad, with the support of a dozen more partners from the medical and education sectors on both sides of the border. This year’s conference was all virtual and featured key academics and officials from the Mexicali and Tijuana regions and San Diego County and Imperial Valley.

Compared to other locales he has visited along the Southwest border, Imperial and San Diego counties fare much better when it comes to addressing public concerns, Vargas said.

“I personally believe it’s because we have the academic strength of these universities behind us,” he explained.

Vargas also acknowledged that for all of the Valley’s relative successes in the public policy sphere, stakeholders would be wise to continue to forcefully advocate for more resources and attention from the federal government.

“When we get pressure then we can take action,” he said, referring to Congress and the White House. “Those that make the most noise get the most things.”

Vargas’ participation marked the third time he appeared at the Re:Border conference, which this year was titled “Re:Border 2021: A Nuestra Salud: Confronting Public Health and Mental Health Challenges and Solutions in Our Transborder Region.”

The conference highlighted the community’s multi-sector academic partnerships, and one such partnership enlisted the help of the Imperial Valley Equity & Justice Coalition for a farmworker survey amid the COVID-19 pandemic.

The survey sought to identify common stressors in the lives of farmworkers who reside both in the Imperial and Mexicali valleys and who work throughout the region.

The survey posed a series of 39 questions and had sought to identify any mental health issues within the 199 respondents.

“Nearly half of the farmworkers reported elevated levels of stress that can be associated with depression,” said Daniela Flores, IVEJC co-founder and health advocate and organizer.

At the top of the list of stressors that the respondents reported was a lack of sleep, followed in successive order by hardships created by being away from their families for prolonged periods of time, having to work in bad weather and not having medical care, to name just a few.

The survey also revealed that regardless of whether a farmworker resided in Mexicali or the Imperial Valley, both reported similar elevated stress levels, Flores said.

Since farmworkers were among the essential workers who were impacted the most by the pandemic, Flores said she would like to see more local governments allocate federal American Rescue Plan Act funds toward addressing their health and safety needs.

“We hope to see efforts focused on community healing as we progress forward,” said Flores, who has a master’s in public health nutrition.

Flores’ presentation was one of three that comprised just one of multiple sessions that the filled the conference’s second day.

Following Flores’ remarks, county Deputy Executive Officer Esperanza Colio spoke about the cross-border collaborative efforts that were undertaken in the Valley and in Mexicali in response to the pandemic.

Colio acted as a liaison for such pandemic-related collaborative efforts, specifically tapped for the role because of her past employment with the government in Mexicali and her knowledge of its ways, she said.

As part of that effort, Colio visited Mexicali in the company of Dr. David Duncan, California Emergency Medical Services Authority director, who had been invited to the Valley by the county Public Health Department.

In Mexicali, officials described how one of their top concerns included a shortage of personal protective equipment for farmworkers. The revelation prompted local officials into action, and with the assistance of the state Emergency Medical Services Authority director, the state Office of Emergency Services, nonprofits and an anonymous donor, were able to secure personal protective equipment.

“Dr. Duncan helped find a way to donate 1 million masks to the city of Mexicali,” Colio said during her presentation, titled “Binational Collaboration Towards a Better & Brighter Border Region.”

The presentation also included remarks by county Public Information Officer Gilbert Rebollar, who spoke about the negative perceptions of the transborder region that are often perpetuated by the news and entertainment media.

While acknowledging the region’s existing inequities, Rebollar also pointed out recent developments that have made positive impacts on the quality of life in Mexicali, including beautification efforts and public arts endeavors.

“We need to build each other up,” Rebollar said.

(This story was updated at 9:30 p.m. Thursday, Nov. 18, to provide further context on a statement from Esperanza Colio.) 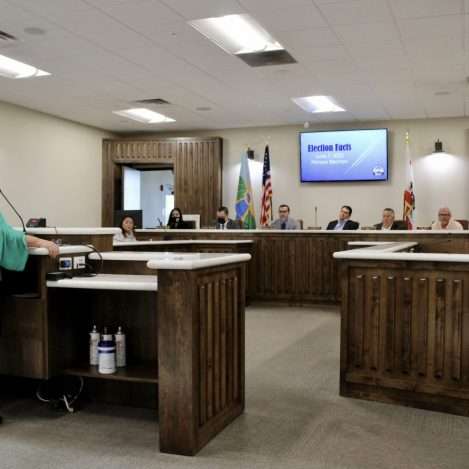