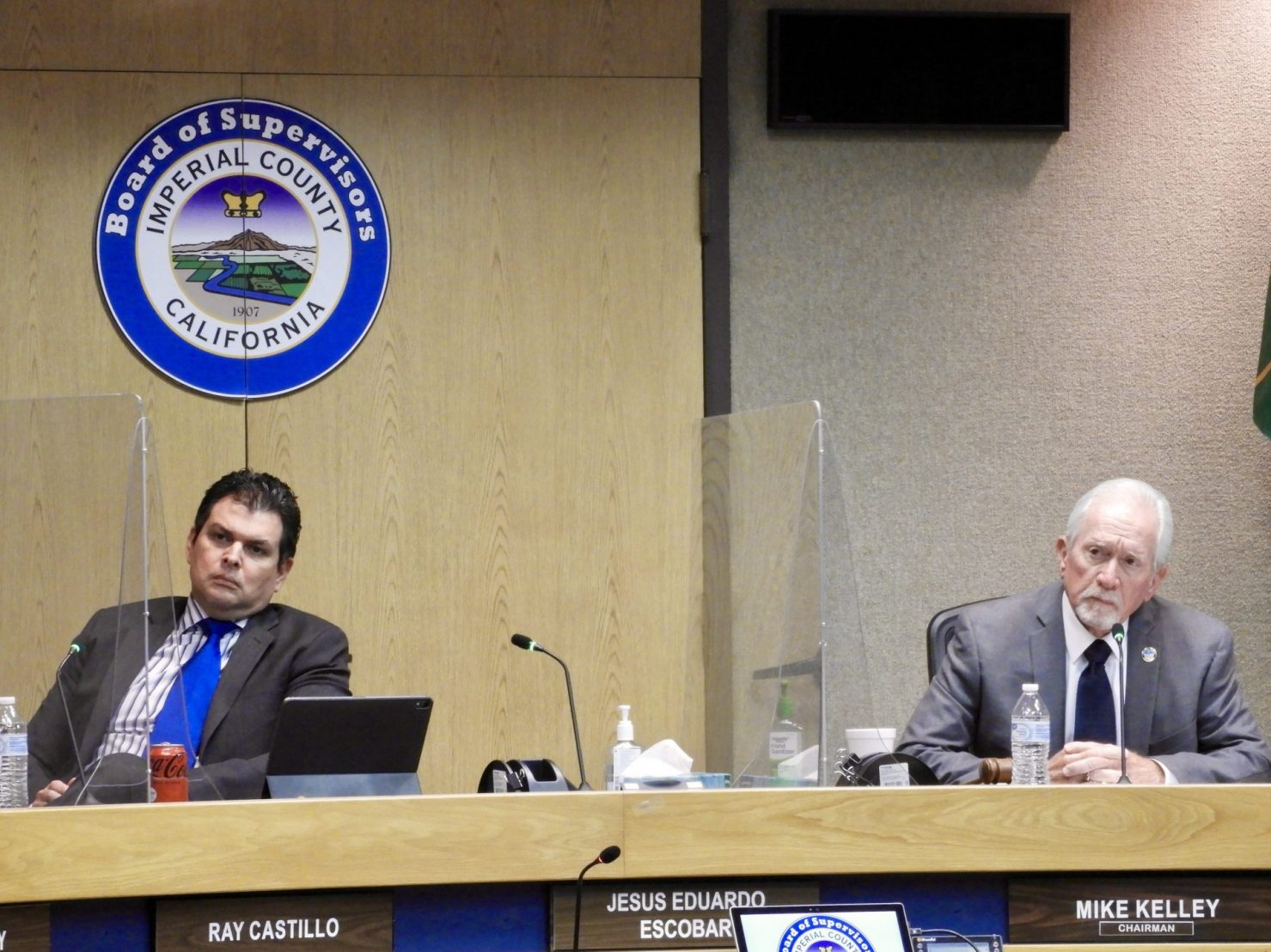 Imperial County Supervisor Jesus Escobar (left) and Supervisor Mike Kelley listen during a discussion on planned upgrades to the Gateways of the Americas water treatment facility during the Imperial County Board of Supervisors meeting on Tuesday, Nov. 16. | MARCIE LANDEROS PHOTO
Home
Regional News
In Regional News

CALEXICO — A $2 million project to update the Gateway of the Americas water treatment facility that serves the Calexico East Port of Entry will be paid for out of part of the county’s allotment of American Rescue Plan Act of 2021 funds.

The Imperial County Board of Supervisors on Tuesday, Nov. 17, approved 4-0-1 using the money to expand the expand the capabilities of the plant. Calexico-area District 1 Supervisor Jesus Escobar abstained from voting, explaining in an interview after the meeting that he did not feel comfortable voting since he owns a business, R&E Customs Brokers, in the Gateways to the Americas service area.

On April 2, 2019, the U.S. General Service Administration requested to receive potable and fire-suppressant water services from one of the Gateway of the Americas water treatment plants to serve the East Port of Entry, adding more stress to an already aging system, according to a report from county public works. The goal of the water plant upgrades approved on Tuesday was not just to update the system and make it more efficient, but to expand its service area past it’s northern border at Highway 98, the report states.

“We are looking to modernize the (water) treatment plant, that was actually designed and built in the ’90s. We’re looking at putting in variable frequency drive pumps. It will eventually pump water across Highway 98, as well as provide for better fire flow,” Director of Public Works/Road Commissioner John Gay said.

The project will focus on the replacement of 18-year-old constant-speed pumps with new energy-efficient variable-speed pumps, which will adjust pumping speeds to adjust for pressure changes in the system, while also improving the electrical systems and a new emergency standby diesel generator to provide emergency power for the pumps, according to the county report.

The project is being paid for through the Coronavirus State and Local Fiscal Recovery Funds established by the American Rescue Plan Act of 2021, a $1.9 trillion coronavirus rescue package specifically for state and local governments. Imperial County was allotted $35.2 million, with $2 million of it set aside for water and wastewater projects.

The Gateway treatment plant is part of the so-called Gateway County Service Area special district that provides for road, water, sewer, drainage and other infrastructure at the Gateway of the Americas Specific Plan Area. The area is about 1,700 acres of industrial/commercial land located around the East Port of Entry.

Imperial County Public Works Department is responsible for the operation and maintenance activities of the infrastructure, and the county Board of Supervisors serve as the Gateway CSA’s Board of Directors.

“I believe that it’s going to bring us a great return on investment in that area, and so I fully support this recommendation to apply this $2 million for this infrastructure project,” Gay said during the meeting.

The program will consist of three crisis teams aimed to serve members of the community who are experiencing a psychiatric crisis: a crisis co-response team that will work directly with law enforcement agencies, a school-based team, and a care response team focused on hospitals and Imperial County Behavioral Health outpatient clinics, according to a report to the board.

Leticia Plancarte-Garcia, director of Behavioral Health Services, explained during Tuesday’s meeting that seven of the nine new positions will be with assigned to the mobile units, while the other two positions will staff the department once it returns to normal operations as pandemic restrictions lift.

The type of cars to be purchased for the mobile unit has not been specified, according to Plancarte, so the board directed Plancarte and the Imperial County Purchasing Department to explore the possibility of purchasing either hybrid or electric vehicles.

The cars will most likely be some sort of sedan, with the main purpose being to transport crisis unit members but will be caged so it will have the ability to transport patients who are being placed on an involuntary hold.

The grant receives its funding from the Behavioral Health Continuum Infrastructure Program and the Substance Abuse and Mental Health Services Administration through the Coronavirus Response and Relief Appropriations Act and aims to provide funding for infrastructure and direct services to expand mobile behavioral health crisis services, enabling Imperial County to provide these services to its residents, the report states. 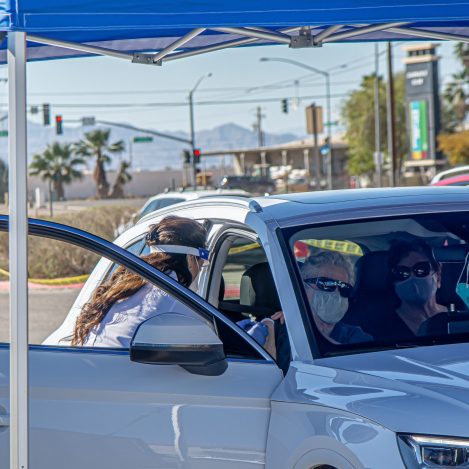