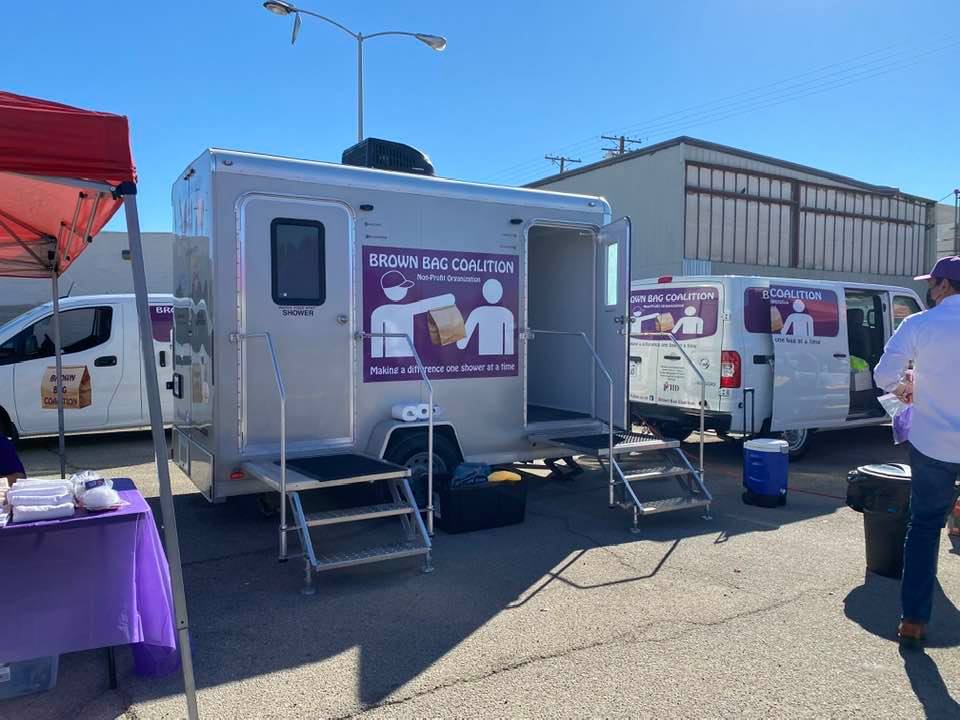 The trailer that holds the Brown Bag Coalition's new showers for the unhoused is shown at a resource fair on Friday, Nov. 12, at the parking lot of Calexico Gran Plaza Outlets. | PHOTO COURTESY OF BROWN BAG COALITION
Home
Local News
In Local News

CALEXICO — A shower can be hard to come by on the streets, and now the Brown Bag Coalition will be able to provide one to all the unhoused individuals they serve with their new portable showers.

The showers were unveiled to the public on Friday, Nov. 12, at a resource fair at the Gran Plaza Outlets parking lot, but the trailers had been a vision in Brown Bag co-founder Maribel Padilla’s head since 2017.

Padilla said she believes having the showers will be a game changer and drastically improve the quality of life for the unhoused in Calexico, which would usually not be able to get a shower for months.

“It’s worth knowing these people are going to get something they sorely need that no one thinks about,” Padilla said. “I go two days without a shower and I go, ‘egh,’ and then try being out in the street.”

More than $20,700 of grant funding and donations came together for Brown Bag Coalition to the purchase of the showers and trailer. Some $15,000 came from Citizens Energy Corp. of Boston, owners of the Imperial Valley Solar Project, and another $5,700 was given by the Imperial Irrigation District and the rest of the funds were provided by other donations from local entities and in-kind donations.

It was thanks to Citizens Energy Corporation’s large donation that the dream trailer became a reality. Since Citizens Energy was planning a visit to the Valley, Brown Bag held a small resource fair to show off the new shower trailer. This included resource groups like Imperial County Behavioral Health, Planned Parenthood, Catholic Charities, Imperial Valley Food Bank, Baron Enterprises, and the United Methodist Church.

All the organizations had information, water bottles, or snacks for the unhoused who came to their booths. Chaplain Michael Rodriguez gave free haircuts and the Imperial County Public Health Department was involved to 30 give flu shots and 15 Johnson & Johnson COVID-19 vaccines. Each booth also put in a $5 gift card for Jack in the Box to put into the raffle.

About 80 members of the unhoused community in Calexico showed up at the resource fair, Padilla said. The first 30 who attended the fair were given a card to get stamped at each table they went to. When they were done, they were able to redeem the stamp card for a McDonalds gift card. There were also raffles of newer clothing and shoes after the showers, even those who did not shower got clothing.

The shower trailer itself holds a 125-gallon tank, enough for about 10 to 12 people to use for a shower. Brown Bag had portable toilets and a washing station nearby to save water. The first 10 unhoused in line were given shower “chips” to use to get a chance at a shower.

The shower trailer was first brought into the Valley in March 2020, but then COVID hit and the trailer sat at Las Palmas Swap Meet’s parking lot for half a year and then at The Pit Stop the rest of the year while the red tape allowing its use was negotiated.

“All the hard work that’s gone into it, all the sweating, and having to beg for money, it is finally like it worth it,” Padilla said. “Just know these people are going to get the shower that they need is worth all the work.”

Currently the shower trailer is not in operation due to negotiations with the city of Calexico. Padilla said Brown Bag is working on a memorandum of understanding with the city that will allow the trailer to use water and power from the city. The wastewater removal will be done and paid for by Sharp Sanitation in collaboration with Norma Sierra-Galindo.

The trailer’s future spot will be at Border Friendship Park in downtown Calexico once a month and only used by the unhoused. Friday’s event was just a single day, conditional-use permit that allowed its demonstration.

Padilla said she is shooting for having the trailer ready for December, and is hopeful the MOU will go through.

At the moment the focus is to have the trailer in Calexico, but Padilla is looking into taking it into El Centro in the future. However, negotiations will still need to be done with the city of El Centro.

Though there is still work to be done, and Brown Bag’s work is usually never done, Padilla said, “Wait until we really get it going.” 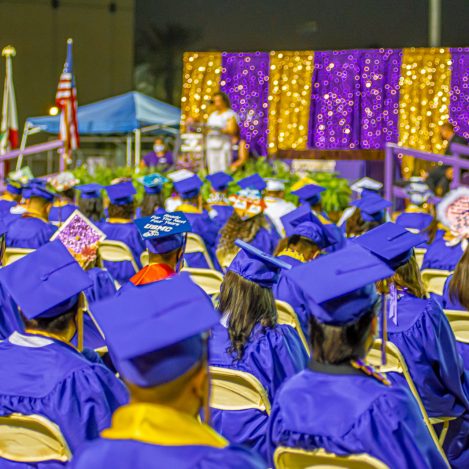