CALEXICO — The following reports were collected from the Calexico Police Department call logs from Nov. 8 through Nov. 14.

9:18 a.m.: A business owner in the 300 block of Second Street reported past damages to his business after spotting two subjects dressed in all black trying to force open the front door on security footage from Nov. 6. He estimated the value of the damages to be approximately $200.

2:55 p.m.: Police were called to the second floor of Laura’s Tax Services on Rockwood Avenue for reports of a male subject causing a disturbance. According to witnesses, Roberto Jimenez Santos entered the business, threatened a female worker, and began to follow her around the building. Santos was uncooperative when police arrived and was arrested for obstructing, delaying, or resisting arrest. He was taken to the Calexico Police Department and later to El Centro Regional Medical Center after complaining of hip pain from a fall the previous day.

5 p.m.: Police were dispatched to Calexico Market on East Second Street after a male subject allegedly tried to pass a fraudulent check. The suspect was gone before police arrived.

2:05 p.m.: A man unloading groceries in front of his residence in the 1000 block of Wozencraft Street called police after being hit in the back with a metal BB that came from the direction of a nearby neighbor’s residence. Police investigated and found that two young boys had been playing with a BB gun and shooting toward the neighbor’s fence. The boys’ mother apologized for the incident and told police she would discipline her children. The Red Ryder BB gun was surrendered to police and taken to the Calexico Police Department for destruction. It did not take an eye out.

6:04 p.m.: Police took a report after an unknown subject shattered the window of a black Toyota Camry on the 400 block of East Second Street and made off with a pink Puma gym bag and the vehicle’s registration and insurance documents.

7:02 p.m.: Police responded to reports of a fire in the 900 block of George Avenue. First arriving officers found a section of fence burning at the rear of a residence. There were no witnesses or suspects found in the area and the homeowner told police that she did not see anything during the incident. Calexico Fire Department personnel extinguished the flames and determined that the fire was set intentionally. Damages were estimated at $300.

1:53 p.m.: A transient was arrested after he refused to leave the Culture Cannabis Club on W. Van De Graaf Avenue. The manager of the business initially called police due to the subject drinking and urinating at the property. Police asked him to leave, and he complied only to return to the business later. The man allegedly caused a scene trying to enter the business and had to be removed by security. He was arrested for trespassing and taken to the Calexico Police Department. He was later released on a promise to appear in court at a future date.

11:47 a.m.: A missing juvenile subject was located by customs officials at the Calexico West Port of Entry and was subsequently turned over to an employee with the Arizona Department of Child Safety for transport back to Yuma. Shortly after taking custody of the child, the employee called police to report that the juvenile had fled his vehicle on the 1000 block of Imperial Avenue. Police searched the area but were not able to locate the juvenile.

6:53 p.m.: An unknown suspect shattered the window of a vehicle at the corner of Fifth Street and Rockwood Avenue and stole the vehicle’s registration documents along with various other documents. Damages were estimated at $200.

12:07 p.m.: An unknown suspect broke the window of a 2009 Dodge Journey on the 100 block of Heber Avenue and took a bag full of 30 hair ribbons along with the vehicle’s registration and insurance documents.

Calexico Police Department has been made aware of a check-cashing scam occurring in the city discussed as part of a “secret shopper” program, Calexico Police Chief Gonzalo Gerardo stated in a separate email.

“If you read the letter, it instructs the person to deposit this into their bank account via ATM. They also instruct the person to go to a Walmart near them and purchase Gift Cards for $500 each. The next step is to send a photo of the gift card’s front and back, including the PIN,” Gerardo stated.

The company on the check goes not know of or have accounts with US Bank. 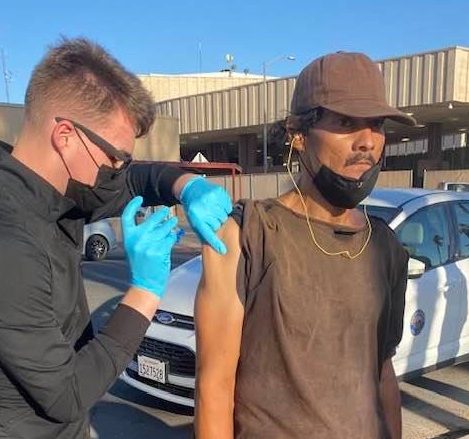