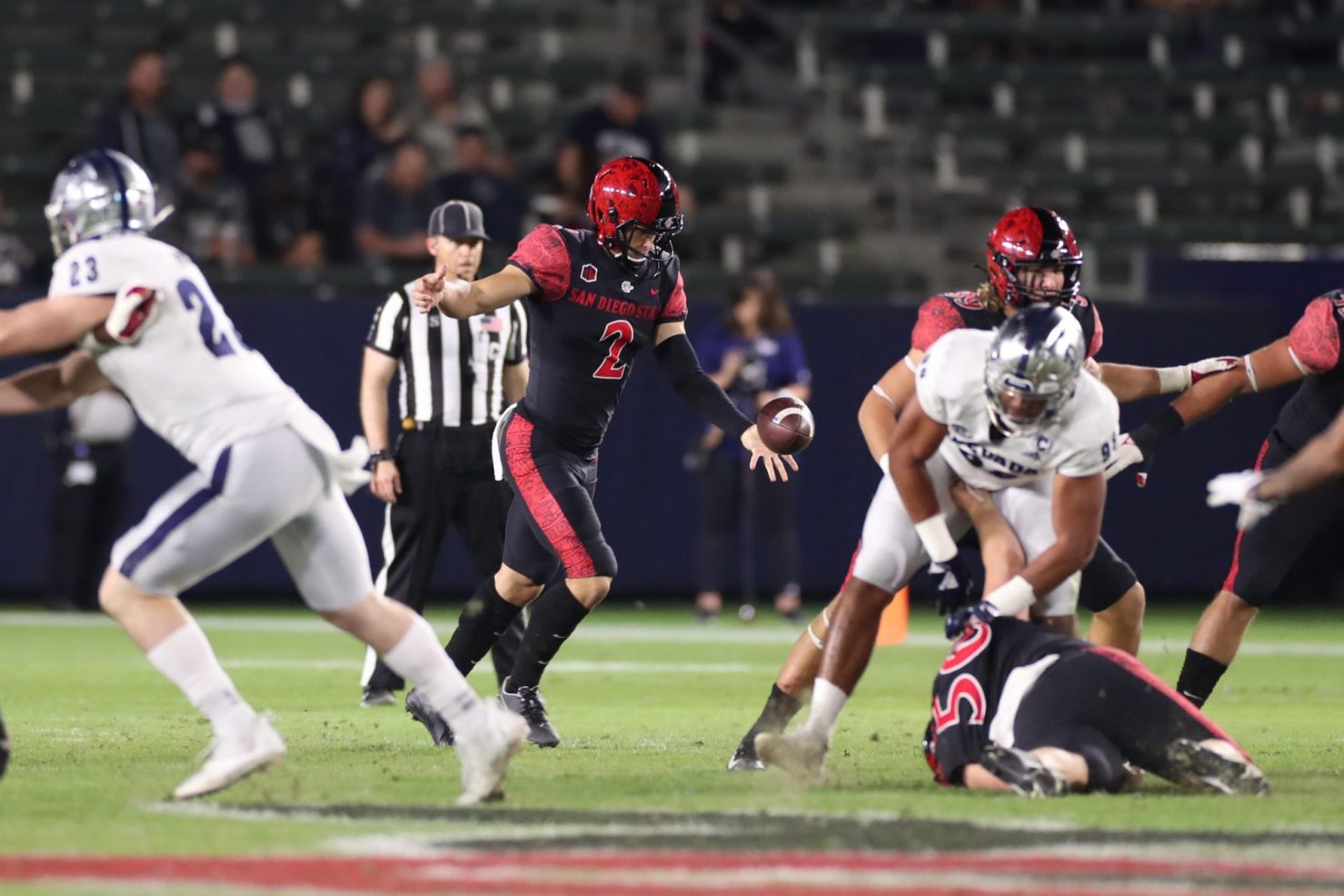 Matt Araiza did it all Saturday, including setting a record for the most punts of 50 yards or more in a single-season. Photo credit: @AztecFB, via Twitter
Home
California
In California

The heralded defense for San Diego State ended Nevada’s final charge on Saturday, Nov. 13 after a tight ballgame in which the Aztecs prevailed late 23-21.

The Aztecs (9-1, 5-1, Mountain West) largely contained a banged-up Wolf Pack (7-3, 4-2, MW) offense, on the way to taking control in the conference divisional race.

Matt Araiza, with a 35-yard field goal, gave his team the lead with 1:21 left in the game, enough time for Nevada’s talented quarterback Carson Strong to attempt a winning drive for the Wolf Pack.

But after a quick first down, Nevada needed two yards for another, only to have Noah Tumblin and Patrick McMorris break up successive passes on third and fourth down, with 42 seconds to play.

Head coach Brady Hoke called it a “great team win,” with “a really good drive there at the end when we need it most.”

San Diego State scored first, on a drive in which Greg Bell provided the highlight – a 50-yard run – and almost a low, when he fumbled four plays later.

Jordan Byrd recovered, though, and after a holding call on Nevada’s Dom Peterson, Daniel Bellinger capped the 12-play drive by catching a pass from Lucas Johnson for the score.

But the Wolf Pack answered to open the 2nd quarter, after a pass-interference call against the Aztecs, tying the game on a 28-yard pass from Strong to Tory Horton.

Araiza added a 48-yard field goal in the 2nd quarter, and as time expired attempted a 55-yarder, but fell short, leaving SDSU with a 10-7 lead at the half.

San Diego State added a touchdown in the 3rd quarter, after an eight-play drive powered by Bell and Chance Bell, who scored on a 5-yard run to bump the lead to 17-7.

Nevada narrowed the gap though, driving 80 yards to score on a pass from Strong to Romeo Doubs to make it 17-14.

Araiza added a 39-yard field goal in the 4th quarter to give SDSU a six-point advantage, but Strong and Romeo Doubs connected on a 54-yard pass as the Wolf Pack secured their first lead of the game, 21-20, with 10 minutes on the clock.

The Aztecs ate up three minutes on their game-winning drive, and Johnson kept it going on fourth and four, with a 6-yard pass to Jesse Matthews. Eight plays later, they turned to Araiza for the win.

In addition, the junior set a new FBS record for the most punts of 50 yards or more in a single season.

(This story first appeared on Times of San Diego and was made available as part of the CalMatters Network.) 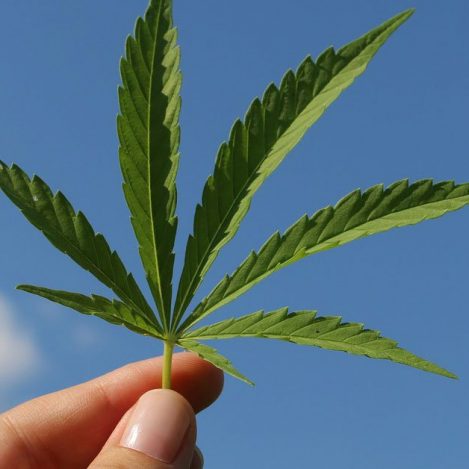