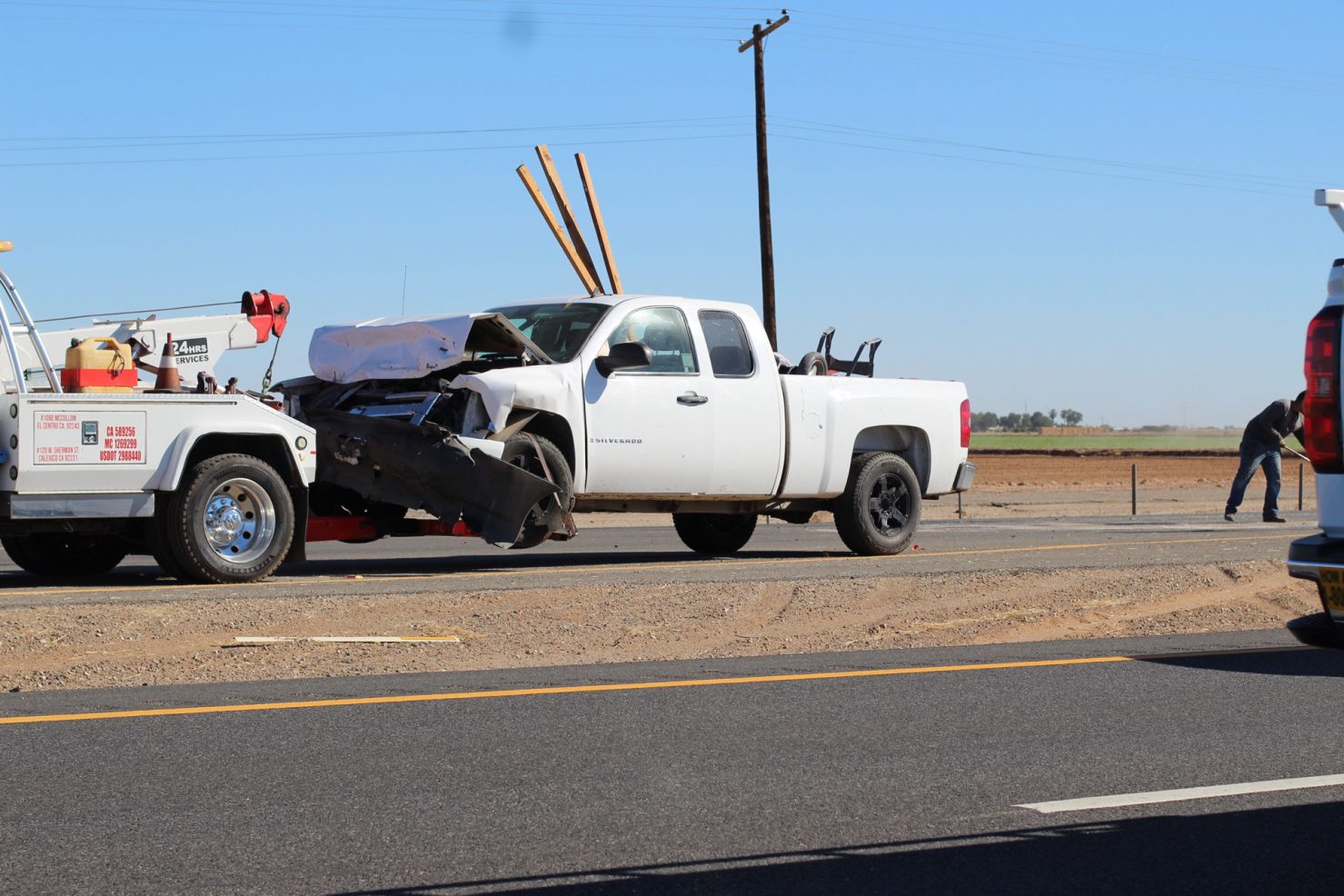 A white pickup with its front end crushed in was being towed from the scene of a five-car collision that resulted in at least one minor injury in the northbound lanes of Highway 111 at McCabe Road east of El Centro. The roadway had been cleared. The collision occurred around noon Friday, Nov. 12. | MEGAN JONES PHOTO
Home
Public Safety
In Public Safety

EL CENTRO — A collision involving five cars with at least one confirmed minor injury occurred around noon on Friday, Nov. 12, in the northbound lanes of Highway 111 at McCabe Road east of El Centro, according to the California Highway Patrol traffic information page.

Early information from the traffic incident page stated that occupants in at least one vehicle were trapped, but as of 12:12 p.m., the page indicated that Imperial County Sheriff’s Office was reporting no occupants were trapped. Both lanes are now clear.

A passerby who alerted this newspaper to the collision stated one vehicle looked as if it had been caught between two other vehicles and was crushed up to the backseat area.

Initially it appeared both northbound lanes of Highway 111 were blocked and vehicles were passing on the shoulder, the Highway Patrol’s site reported.

First responders from Imperial County Fire Department and AMR ambulance service had been dispatched to the scene.

No other information was immediately available.

It appears that around 1 p.m., just north of the crash site at 111 and Heber Road, a two-vehicle accident occurred. No injuries were reported in that accident and the Highway Patrol cleared the scene.

Check back later for additional details. 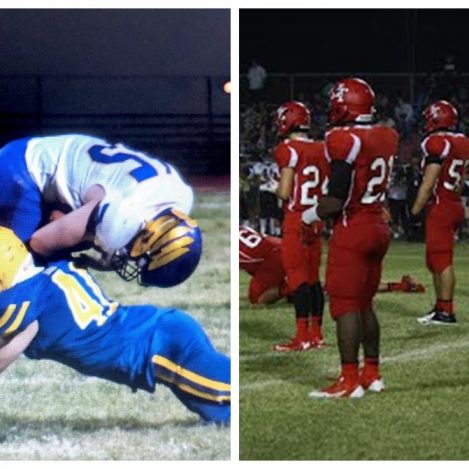