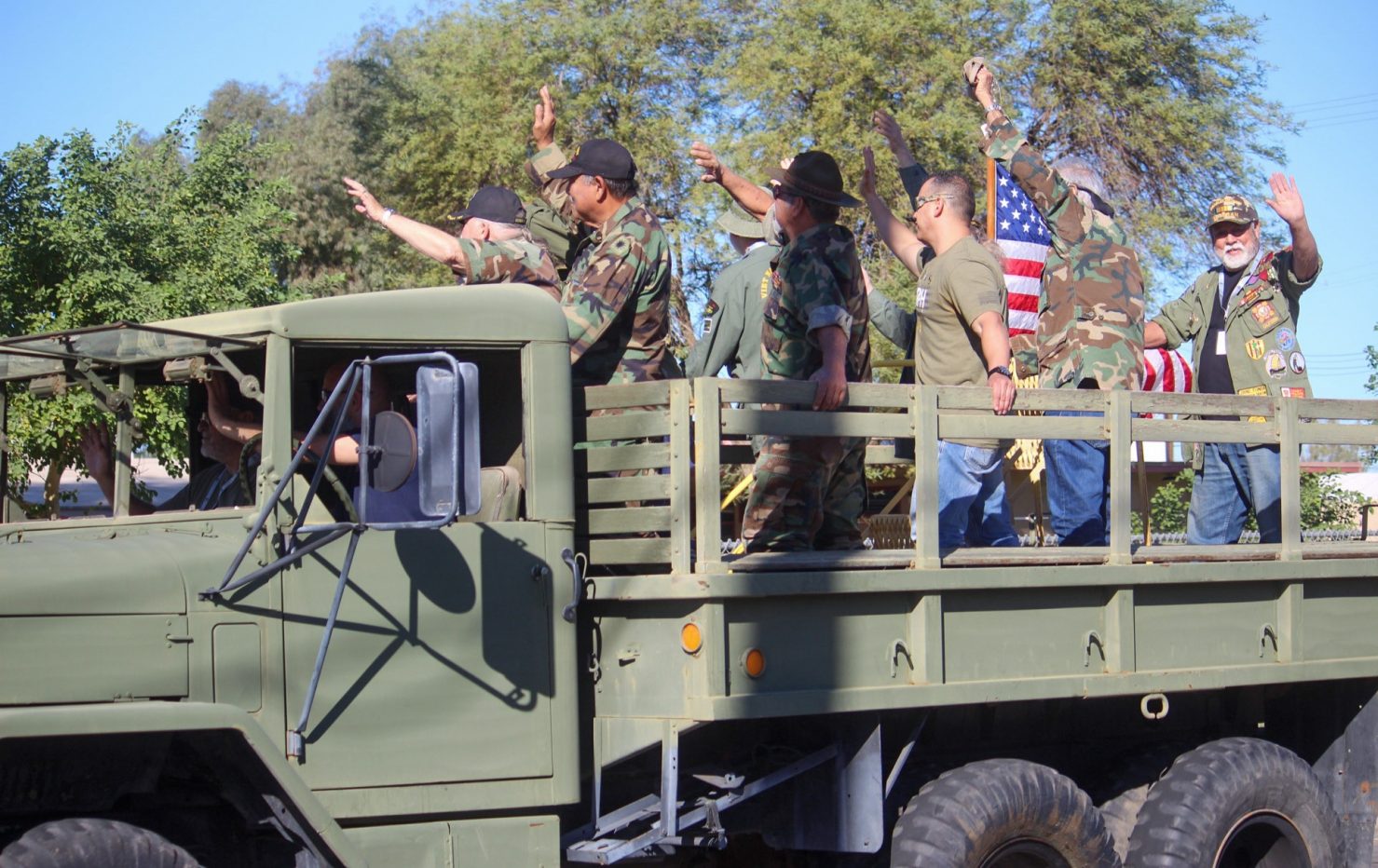 EL CENTRO — Whoever stole a pair of knives belonging to Vietnam veteran Leonardo Siqueiroz from a display booth at the Mobile Vietnam Memorial Wall at Bucklin Park likely didn’t know or care about their significance to him.

The pair of knives included a Ka-Bar knife and a bayonet whose handle was carved with his initials, and which was once affixed to the M-14 rifle he was issued by the U.S. Marine Corps for his second combat tour in the early 1970s.

The items, along with a small replica of a statue of service members installed at the Vietnam Memorial in Washington, D.C., were stolen in the early-morning hours of Thursday, Nov. 11 from the booth the Veterans of Foreign Wars Post 3905 set up at Bucklin Park as part of the visiting AV Wall: The Mobile Vietnam Memorial Wall.

“As a veteran, they meant a lot to me because I had them for 50 years,” the 73-year-old Imperial resident said. “I know I’m not going to get them back but whoever took them I hope they take care of them.”

As part of its sponsorship of the mobile memorial wall, the Imperial-based VFW Post 3905 has had some of its members remain onsite overnight at Bucklin Park since the memorial’s installation on Tuesday, Nov. 9.

The VFW post also set up a shaded canopy that contains numerous Vietnam War memorabilia that its members have on display, and which allow them to explain the items’ significance to the public.

Siqueiroz said he believes that one or two individuals snuck undetected into the shaded canopy in the wee hours of the night, ransacked the war memorabilia and made off with his personal items while some of the VFW members were congregated nearby.

“I think we already know who they are because we took pictures,” he said, referring to a pair of apparently homeless individuals who were asked to leave the premises on a prior occasion.

Siqueiroz was a 145-pound 17-year-old when he decided to volunteer for the U.S. Navy in 1967. It seemed like the only feasible option he had as someone of Mexican heritage who didn’t particularly like school or working in the fields.

He remained with the Navy for six years and served as a technician. Part of his tour included being stationed near Da Nang, Vietnam. After being discharged from the Navy, Siqueiros said he toughed it out as a civilian for about a year, which was mostly spent drinking, before deciding to volunteer for the U.S. Marine Corps.

“The reason we went back was because they didn’t want us here,” he said. “They called us ‘baby killers.’”

He again returned to the Da Nang area, this time as a machine gunner with the 1st Marine Division.

“At the time they had the buddy-buddy system,” Siqueiroz said. “We made it back together, but we lost some of the guys from the Valley.”

All told, some 33 Valley residents died in Vietnam, he said. Their names and pictures adorn individual binders that VFW Post 3905 compiled and have on display inside their canopy. The binders also contain the individuals’ personal and military information, as well as any commendations they may have received during the war.

The native of Guanajuato, Mexico said he has always considered himself Mexican and American, and his time in the service only strengthened those feelings of identity. Another source of pride for him is the fact that about 80 percent of VFW Post 3905’s membership is also of Mexican heritage.

“When we started our post, we used to call ourselves ‘Renegades,’ so we didn’t follow the (dress) protocols,” he explained, referring to the replica green jungle fatigue jacket, boonie hat, denim pants and jungle boots they would wear for events and funerals.

A picture of some of the post’s members is hung in the service organization’s canopy at Bucklin Park. Siqueiroz pointed out those who have passed in recent years, including a couple from illnesses related to Agent Orange.

Members of the post have also generously contributed some of their Vietnam War memorabilia to a display at Pioneers’ Museum in Imperial. Siqueiroz, too, has some of his items on display there, as well as at his home.

If the items are located and returned, Siqueiroz told Roy Dorantes that he would not press charges (see video below). El Centro City Council member Martha Cardenas-Singh said in the video that anyone with knowledge or possession of the items can return them to the park or call El Centro City Hall.

The items have strong sentimental value and the theft of Siqueiroz’s statue and knives is not likely to be forgotten soon. “It still hurts,” he said. 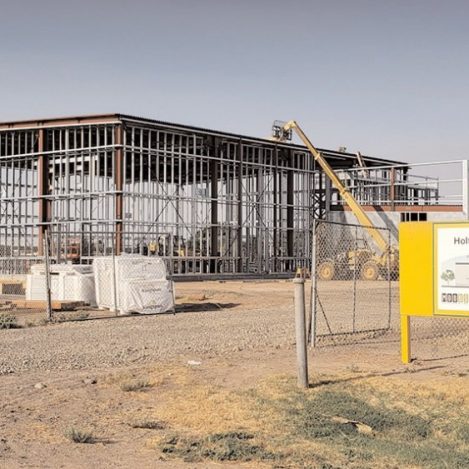