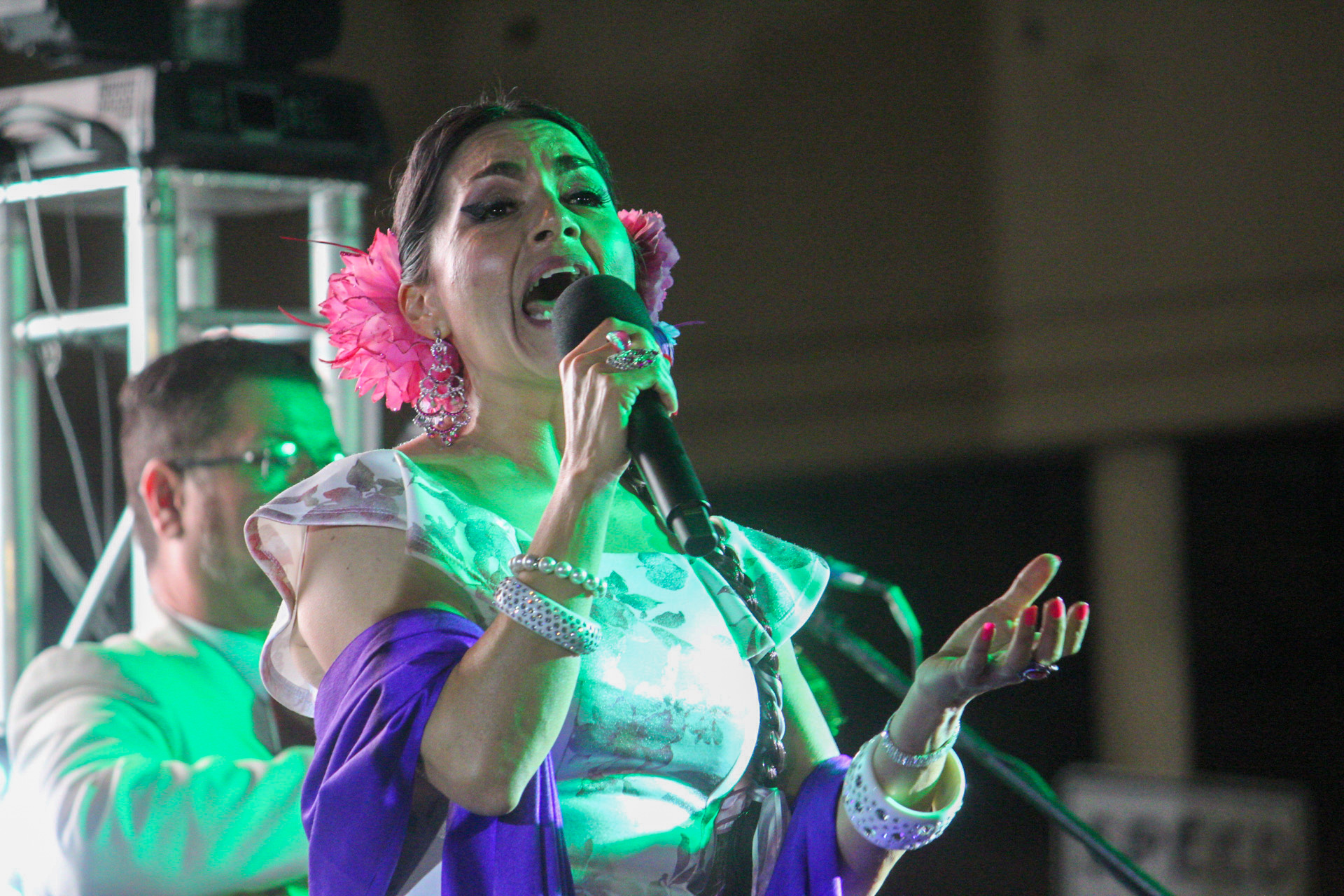 Singers perform with the mariachi house band on the main stage of Cattle Call Week’s Mariachi Night in downtown Brawley on Wednesday evening, Nov. 10. Some said the Brawley chamber event was the biggest ever. | MEGAN JONES PHOTO
In Regional News

BRAWLEY — The triumphant cry of mariachi horns and gritos from the crowd were certain signs Mariachi Night was back in full swing, silenced last year by the pandemic that put so many Cattle Call Week traditions on ice.

A huge crowd filled the Plaza Park in Brawley on Wednesday night, Nov. 10 for what has become a staple and clear favorite of the masses of Cattle Call Week activities put on by The Chamber of Commerce for Greater Brawley.

The week started with the Chili Cook-off on Saturday, Nov. 6.

Music could be heard from the center of town as mariachi bands and singers played their hearts out to the live throngs of people in front of the stage. Last year’s version was a virtual one in which local singers committed songs to video.

This year the audience sat in lawn chairs directly in the streets, blankets in the grass closer to the kiosk, or even just sat on nearby curbs to listen and enjoy themselves.

On the west end of the Plaza, folklorico dancers performed on the street to a crowd not as large but just as enthusiastic. Later in the night, the mariachi stage hosted the first chancla-tossing contest to uproarious applause from the audience. The food vendors, the music from both ends of the Plaza, and the energy of the people created an ambience that has not been felt in more than a year.

Max Reyes has been the chairman for Mariachi Night for 33 years and has watched the event grow from a small venue at the Brawley kiosk in the Plaza, bouncing around the city as it grew, until it came back to “where it belongs” in the Plaza.

Not only has it grown in size but has grown in the level of talent, with groups and individuals lining up to get a chance to sing on the stage with voices that are even better than they were years ago, Reyes said.

“I like the ambience of a community that is not limited to Brawley but everyone who it brings in to enjoy and share a night in the middle of the week,” Reyes said on a Facebook video announcing Mariachi Night. “It is in the smiles, laughter, abrazos of family and friends coming together to enjoy each other’s company.”

Vendors lined the sidewalks with lines of people waiting for food that stretched across the streets. For some, the shear amount of people was a sign that the community is beginning to get back to a sense of normality. Some even said this has been the biggest crowd they have ever seen at Mariachi Night.

Yvette Dagnimo and her husband, Jose Santana, brought their granddaughter to the event for the first time. The grandparents say they regularly attend.

“We thought it would be fun to come out,” Dagnimo said. “We took the opportunity to come and socialize, and this is something that is every year. We enjoy this kind of music.”

Samantha Montes was out having a good time with girlfriends, happy to watch the mariachis and the chancla-tossing contest.

“I like the music of course, and just to see the dancing and the community coming together,” she added. “I just like to see everybody and do the catching up.”

Brawley Mayor Luke Hamby said this is has been an exciting sight to see Brawley streets filled with people after seeing them empty this time last year.

“We are just thrilled to see everyone out enjoying our Cattle Call event week,” Hamby said.

It was a night of not just music but community and family. Most of the crowd were families that had gathered to watch the performances and meet up with people they have not seen in a long time.

Sergio and Anna Gallardo had chairs set up with family, saying this is a tradition they look forward to every year. They not only enjoy the music and the food but that they can catch up with friends and family they know will come for the event and the rest of the Cattle Call Week leading up to the parade and rodeo.

“Every year we look forward to coming out,” Sergio Gallardo said. “This is the week that Brawley comes to life.”

“This event takes you back to your childhood because you are growing up into it, so every year you look forward to hearing and seeing the people that come here,” Anna Gallardo added. “We see friends and families that you haven’t seen in a long time.”

Reyes himself said he remembered his mother and aunt going to Mariachi Night to sit in the front row every year without fail. He remembered friends and their families that would come all the way to Brawley just for the night to listen to the music. Though there are those who have passed away, including Reyes’ mother, he says they are still there with the people listening to the music.

“It’s where people are just relaxing, put their memories away for the night, and it’s a celebration of life,” he said. “We are starting to live again, life goes on, and it’s time to have fun again.”

On Wednesday night, Reyes announced this year’s Mariachi Night is dedicated to those who have died during the COVID-19 pandemic, family and friends who did not make it that were not given a proper send off.

The next event on the Brawley chamber’s Cattle Call menu will be the Cattle Call Parade on Saturday morning, Nov. 13, starting at 9 a.m. 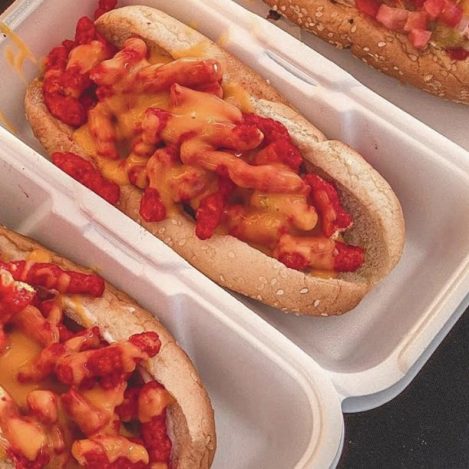