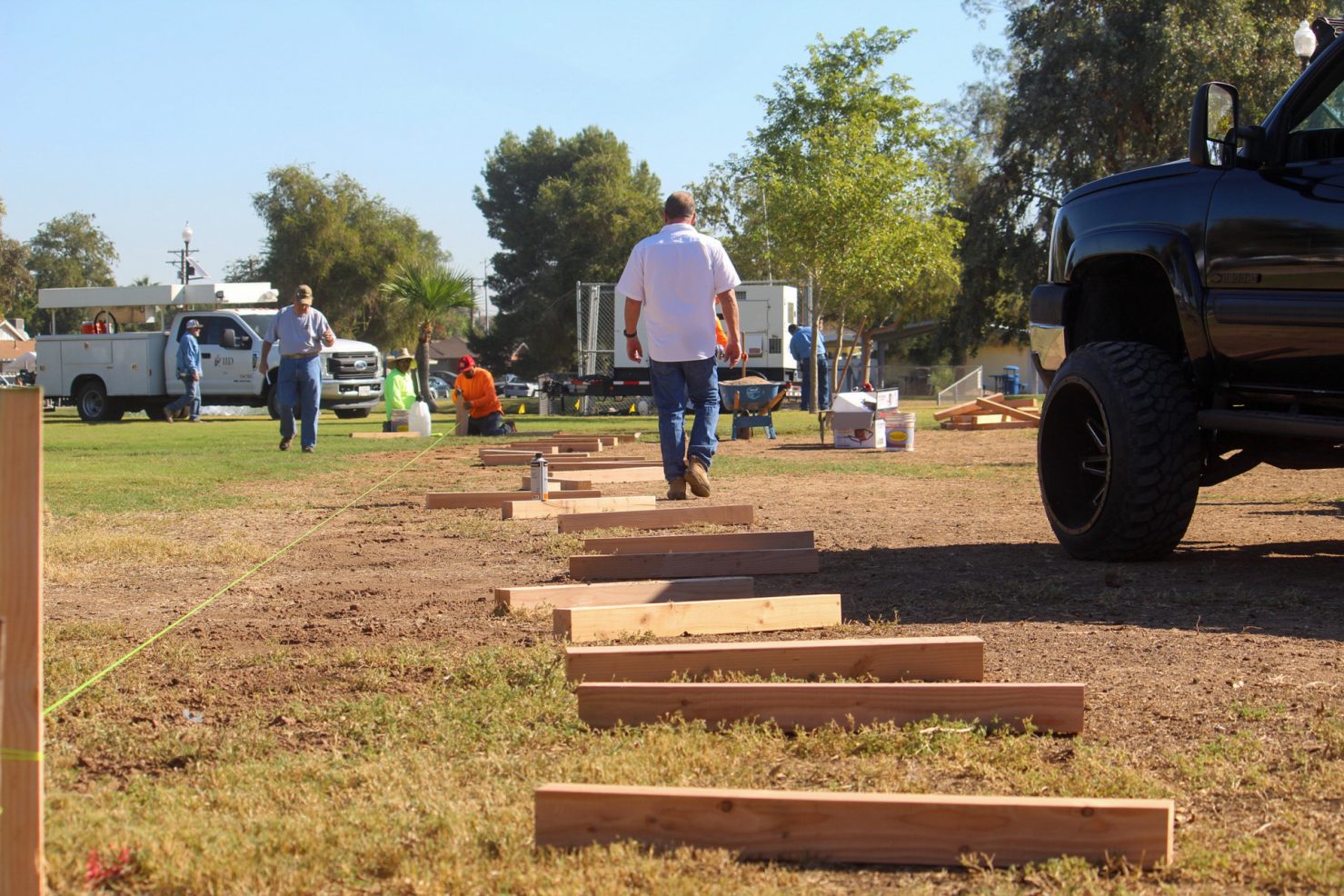 The temporary foundation is put down at Bucklin Park in El Centro on Monday, Nov. 8, where the panels of a half-scale mobile replica of the Vietnam veterans memorial wall in Washington, D.C., will be installed Wednesday, Nov. 10, through Monday, Nov. 15. | MEGAN JONES PHOTO
Home
Regional News
In Regional News

EL CENTRO — For Vietnam veteran Joe Noriega, his initial attempt at visiting the Vietnam veterans’ memorial wall in Washington, D.C. was so overwhelming that he could not physically get off the tour bus that brought him there.

It was too painful.

Now, Noriega, who as a member of Veterans of Foreign Wars Post 3905, is among those local Vietnam vets who are helping to bring a half-scale mobile replica of the wall to El Centro’s Bucklin Park. The mobile “AV” wall (created for Antelope Valley originally) was to arrive in the Valley on Wednesday morning, Nov. 10, ahead of Veterans Day on Thursday, Nov. 11.

Noriega has the chance not only to remember and honor his brothers by visiting the mobile memorial, he gets to take a shift guarding the memorial once its paneled on Wednesday, so it can be shared with all the members of his community.

“I’m at a stage in my life where I’m stable now and I can deal with it now. Before I couldn’t do it because it was too emotional,” Noriega said from Bucklin Park on Monday, Nov. 8, as the temporary foundation for the wall were being built and canopies, chairs and other equipment was being erected for five days of activites.

“I’m confident I’m not gonna break down and I can see the wall and look for some of my friends who never made it and I feel I’m gonna be OK,” Noriega said. “It’s an honor.”

VFW Post 3905 will be hosting the mobile memorial with the hope that it will bring healing to the veterans living in Imperial County.

“We’re displaying it so folks can come see the cost of war in terms of names people can remember,” said Thomas Henderson, VFW Post 3905 adjutant, member and point man for the wall, during an interview Tuesday morning, Nov. 9. The city of El Centro is also a sponsor and host of the event.

Beginning on Wednesday morning, Nov. 10, a series of events are scheduled to celebrate the short time the memorial will be in Imperial County. Wednesday morning there will be procession through El Centro, and at 10 a.m. there will be a private ceremony before the beginning of the assembly of the wall. Once it’s built, it will be open 24 hours a day until Monday morning, Nov. 15, when it will be disassembled at 8 a.m. that day.

A Veterans Day ceremony will be at the mobile wall at 11 a.m. Thursday, Nov. 11, and on Friday, Nov. 12, there will be a memorial made available to students who are brought in from their schools. On Saturday, Nov. 13, there will be a candlelight vigil with attendees meeting at 6:30 p.m. with an intention of starting at 7 p.m. Sunday, Nov. 14, is dedicated to veterans specifically, with a ceremony at 3 p.m. to honor their sacrifice.

All veterans throughout the county are invited to join this ceremony or visit the wall In the hopes that it’ll help them heal after such a life-changing event.

“For me personally, it’s a way of dealing with the loss of my platoon sergeant. I was a lieutenant commander in Vietnam, and we were together in Cambodia. He got killed, and I probably think about it at least once every day,” Henderson said. “There’s something I’m going to be giving in my speech tomorrow. Basically, it says memorials are built by people that want to remember, and we’re displaying the wall. Help those that don’t want to remember, not to forget.”

For many veterans, the struggles of coping with the horrors of war and the loss of their brothers in arms is still overwhelming. Men like Henderson and Noriega aren’t alone in their grief. With the United States government reporting casualties of 58,220 service members, many veterans have been left to cope with the loss.

“One never knows the reactions people have. Some people can’t cope. Now, it’s not that they don’t want to; they can’t. For other folks, it’s a reminder of something so bad they never want to see it for other folks or services,” Henderson said. “It just depends on how folks react to it.”

During the Imperial County Board of Supervisors meeting on Tuesday morning, county Supervisor Ray Castillo estimated the Imperial Valley lost close to around a dozen service members during the Vietnam War, including one of his friends from high school.

“There’s a name on (the wall), he was my classmate — Mallobox. He was just a young kid, very popular. Jesse Mallobox. And he died at age 20 or 21, and he did not get a chance to live his life,” said Castillo, who encouraged people to visit the replica memorial.

Henderson said it was vitally important to bring this memorial to the Imperial Valley to bring peace to aging Vietnam veterans, who are beginning to reach their late 70s and early 80s.

“When I went to one in Washington, I thought it was really important to bring it here, and our post agreed we should bring it down. We’re all getting older, I’m one of the younger members. I’m 74,” he said. “We’re getting at that point in time in our lives where if we are going to do this, we had to get ‘er done.”

Previous
VOLLEYBALL: Vikings’ Garewal is IVL Player of the Year 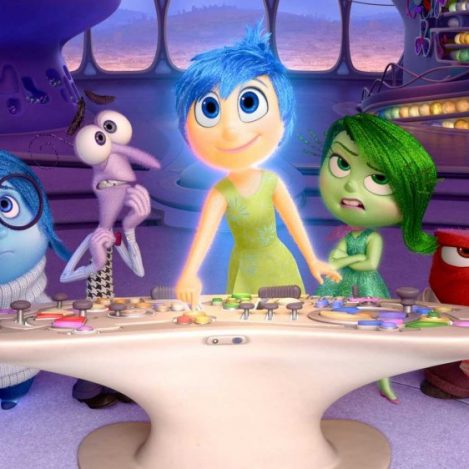