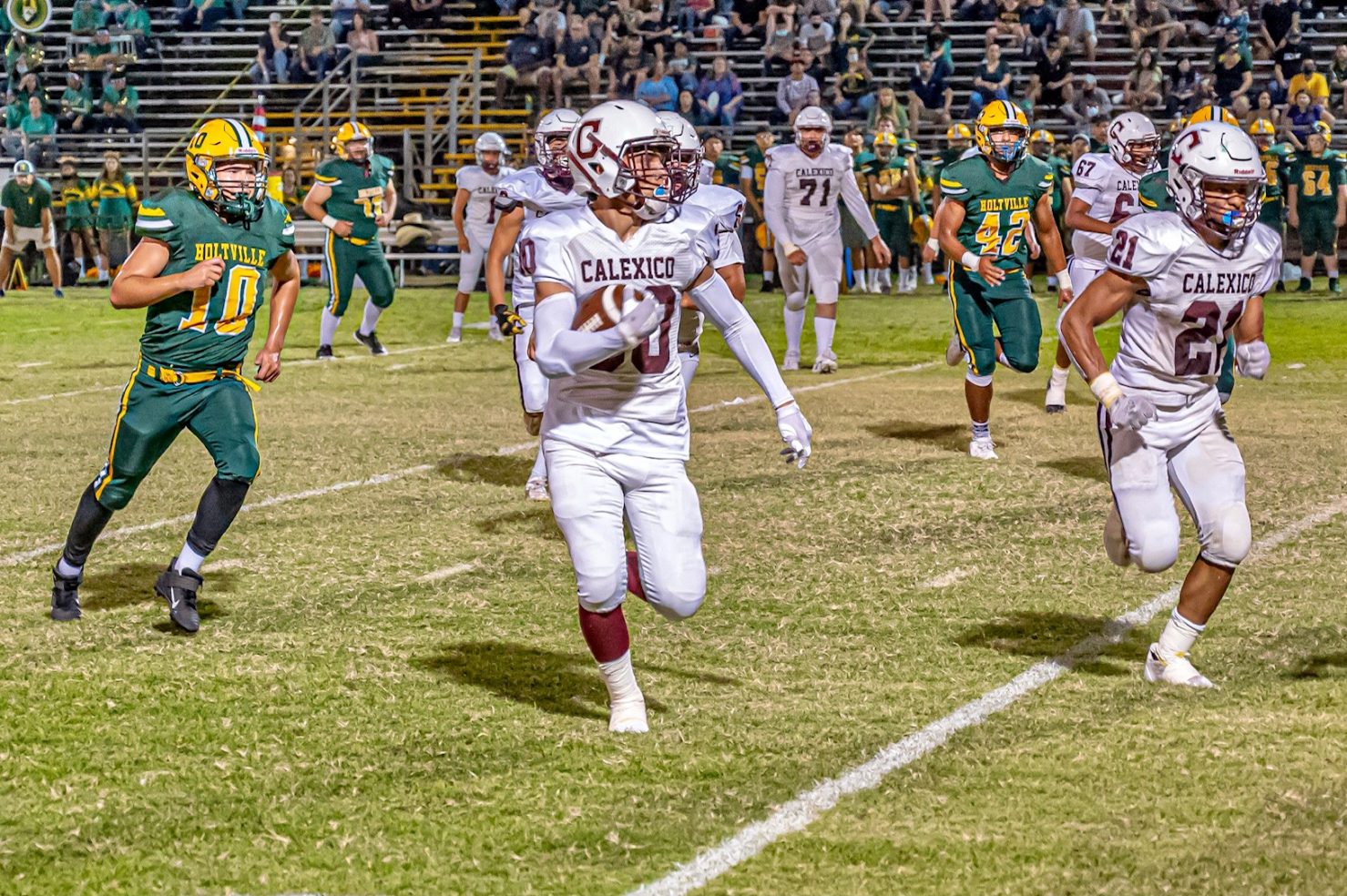 Calexico High School junior running back Zeus Pradis carries the ball for the Bulldogs in the first matchup against Holtville back on Sept. 17. The two teams meet again at 7 p.m. on Friday, Nov. 12, in the CIF-San Diego Section Division V quarterfinals at Birger Field in Holtville. | CAMILO GARCIA JR. PHOTO
Home
Sports
In Sports

HOLTVILLE — When the final whistle blew on Sept. 17 and the Holtville High School football team had secured a 29-28 win over Calexico High, neither team left Birger Field here feeling great.

The Vikings had squandered a 29-12 fourth-quarter lead and had to recover an onside kick attempt to secure the win. Calexico had a second-half turnover and an empty offensive possession inside the 15-yard-line in the third quarter that allowed the Vikings to build a 17-point lead.

Both teams left thinking they should have played better and both will get that opportunity on Friday, Nov. 12, when they square off in the CIF-San Diego Section Division IV quarterfinals, again at Birger Field in Holtville.

The Vikings (8-2 overall) are the No. 3-seeded team in the division and had a bye on Friday, Nov. 5, as the top four teams get a week off to prepare for the playoffs. The Bulldogs (6-5 overall) are the sixth-seeded team and had to beat 11th-ranked Maranatha Christian High of San Diego, 34-3, on Friday, Nov. 4, to get this rematch against Holtville.

“The main thing we have to do better on defense is getting off the field on third and fourth downs,” said Fernando Solano, Calexico’s second-year head coach. “And offensively, we need to control the clock and pick up first downs.”

Leading 16-12 back on Sept. 17, Holtville went on a 16-play, 94-yard drive that ate up more than seven minutes on the clock. Twice the Vikings converted on fourth downs on the drive to put them ahead 22-12 early in the fourth quarter.

“The key for us is when we have the ball to control the tempo and run it when we have it, but also know when to hit the gas when we need to,” said Jason Turner, Holtville’s fifth-year head coach.

In the first meeting, Holtville led 29-12 with 7:14 left when Calexico junior quarterback David Esquer got hot, connecting with senior receiver Pedro Cruz on touchdown passes of 51 yards and 30 yards.

Esquer, who threw for 100 yards in the final seven minutes of the game, has split time this season with senior quarterback Abram Zazueta for the Bulldogs. Esquer broke two fingers in the Bulldogs’ 34-30 win over Vincent Memorial Catholic on Oct. 29 and won’t be available against the Vikings.

“I think we are a better defensive team now than we were then,” said Turner, whose team hasn’t allowed a touchdown in either of its last two games. “We know what is coming at us on Friday and they do a great job, but it’s our job to stop it.”

“They are running out of that shotgun veer and their guys up front are doing a great job,” Turner said about the Bulldogs’ offensive line. “I think it’s going to be a fight come Friday night.”

Previous
California Rolled Out Websites, Apps to Fight COVID-19 — Did They Work? 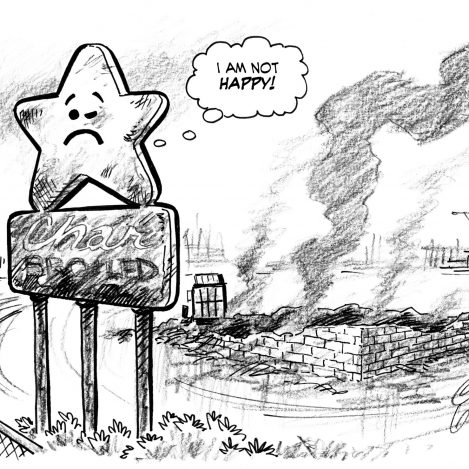