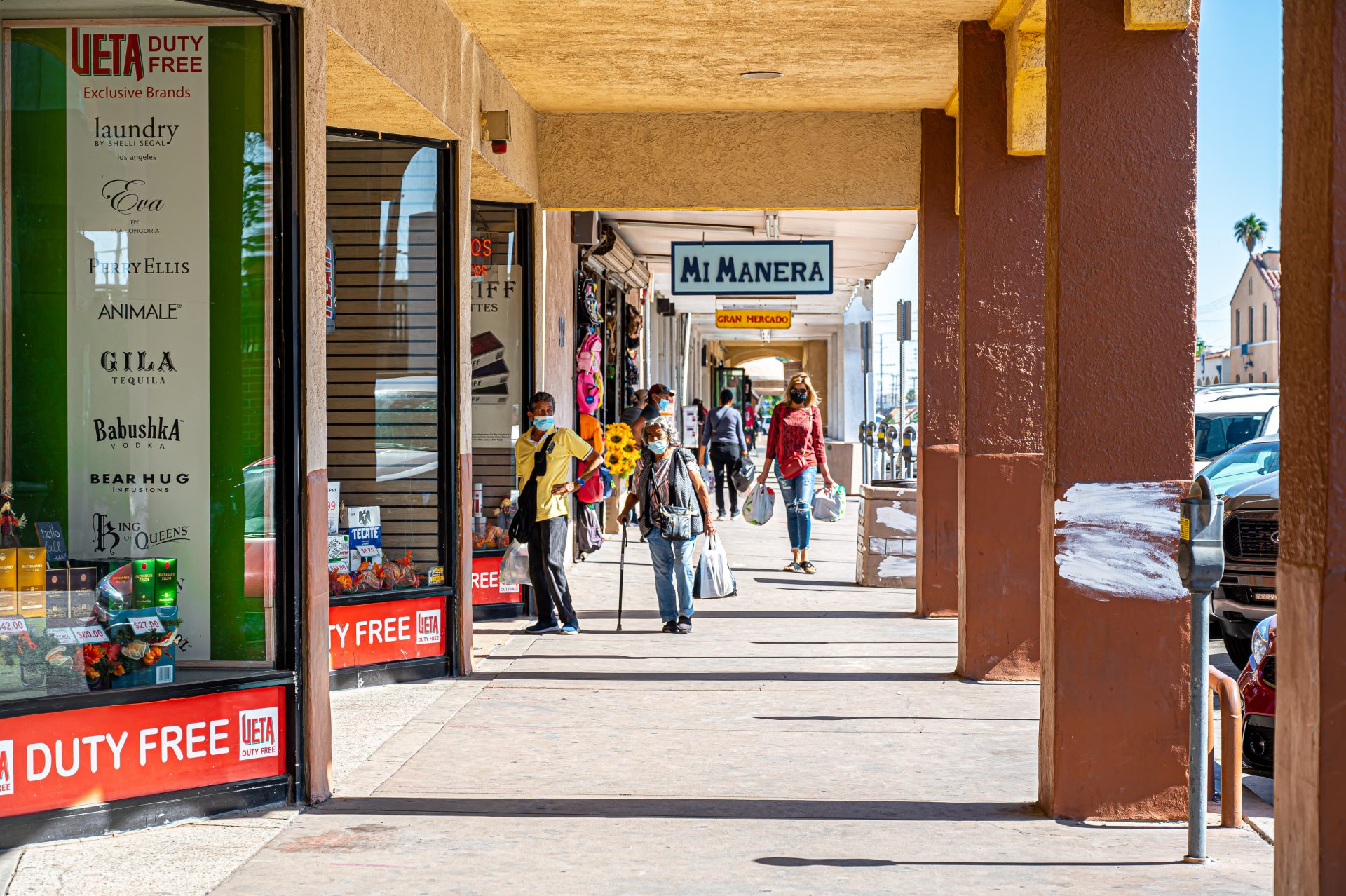 CALEXICO — Shortly after waking up on Monday, Nov. 8, Mexicali resident Yolanda Soto did what many people often do before they cross into the United States: She went online to see how long it would take a pedestrian to enter the U.S. via the Calexico West Port of Entry.

Though it had been more than a year since Soto, a visa holder, last crossed into the U.S., she was well aware of typical wait times at the pedestrian crossing, which often extended up to more than two hours.

But this particular day was anything but typical, as it represented the first day that the U.S. opened its borders to fully vaccinated foreign nationals since non-essential cross-border traffic was restricted in March 2020 because of the COVID-19 pandemic.

After having observed online that pedestrian crossers could expect up to a two-hour wait on Monday, Soto and her daughter, Elizabeth Soto, nonetheless headed to the port of entry with the intention of visiting the U.S. Social Security Administration office in El Centro.

As it turned out, the pair did not have that long to wait to cross on foot.

“We thought we weren’t going to be able to cross,” said the elder Soto, who spoke Spanish.

“We were expecting a long line, but it only turned out to be half hour,” her daughter said, also in Spanish.

The return of non-essential cross-border travelers such as the Sotos on Nov. 8 marked a significant development for the city of Calexico, as well as the wider Valley. A longtime refrain among city officials and local stakeholders was that the border’s closing in March 2020 had reduced the much-needed revenue source that Mexicali residents represent.

So, when U.S. Customs and Border Protection recently announced that entry into the U.S. would be granted to fully vaccinated foreign nationals, many anticipated a mad rush to the border and a resultant long line of people and passenger vehicles.

Martha Lorena Lopez Flores said she, too, was expecting to be joined by a long queue of travelers entering the U.S. on foot at the West Port of Entry.

Instead, she encountered a line around 9:30 a.m. that allowed her to cross into the U.S. for the first time in about 18 months within 35 minutes.

“It seemed pretty quick for the first day that we could cross with our visa,” Lopez Flores said in Spanish. “I was very surprised when I got there and there wasn’t a long line.”

With the Walmart Supercenter as her destination, Lopez Flores said she was hoping to take public transit to the store from downtown. But upon hearing no buses were available, she said she’d likely have to settle on a taxi.

The Calexico City Council was reportedly to announce a special meeting soon in which granting a permit to a bus company was to take place, specifically for the purpose of providing public transportation in the wake of the reopening.

No such meeting had occurred by the time of publication of this story.

As on previous visits, Lopez Flores came to shop. She expected to spend an hour or two at least in Calexico, or “until my money runs out,” she joked.

Yarn topped her shopping list. An avid crocheter and the entrepreneur behind the Facebook page titled “Mexicali Crochet,” Lopez Flores said she prefers the price and quality of the yarn that she can find stateside in comparison to what is sold in Mexicali.

Prior to the border’s pandemic-related closing, Lopez Flores ventured into the U.S. about once a week to shop with the use of her visa.

“I try to get the best-quality product for my customers,” she said in Spanish.

Mexicali resident Altagracia Vega had come to Calexico on Nov. 8 to shop as well. But because she was the only fully vaccinated visa-holder within her circle of family and neighbors, she was doing some shopping on their behalf, too.

“Lots of people will place an order and we’ll pick it up for them,” Vega said in Spanish.

Her cross-border excursions sometimes will take her to the Gran Plaza Outlets and the Imperial Valley Mall. On Monday, Vega was accompanied by a daughter, who had to work in the early afternoon in Mexicali, limiting the amount of time Vega would get to spend shopping on this day.

“When I only come for a few things, I’ll come alone,” Vega said. “But when I have a lot of requests my daughter will join me.”

After arriving at the port of entry around 9:30 a.m., Vega estimated she waited about an hour to enter the U.S. via the port’s pedestrian crossing. Prior to the pandemic having shut the border to non-essential travelers like herself, Vega would typically visit the U.S. about every other week or less, depending on what items she needed to get.

“During Christmas we spend a lot more on clothes and toys,” she said.

To help speed up border entry times, vaccinated foreign nationals who seek entry are advised to verbally declare their fully vaccinated status to a CBP officer at the ports’ vehicle inspection or pedestrian lanes.

Prospective travelers are also being encouraged to have their proof of vaccination ready to display in case a CBP officer asks for such documentation.

CBP officers will be conducting spot checks to make sure travelers are carrying proof of vaccination. Every traveler will not be asked to provide proof, but they will all be required to carry it, Sergio Beltran, the CBP officer in charge of Calexico’s ports, recently announced.

Though specific data was not available, Customs and Border Protection previously reported that cross-border traffic had returned to pre-pandemic levels in some areas along the nation’s Southwest border prior to the lifting of the ban against non-essential travelers on Nov. 8.

By some accounts foot traffic down was heavier than normal on Monday but by no means at pre-shutdown levels. By 8 p.m. Sunday night, Nov. 7, there appeared to be a larger-than-usual number of Mexico residents making the pedestrian line to get into the on the Mexicali side.

Although there has been much hype about Monday’s opening, there is typically a hefty amount of pedestrian traffic awaiting entry through the 24-hour downtown port on a Sunday night. Still, one Calexico official who asked not to be named said the line is “more than normal. It’s like a watered-down Black Friday,” he said after watching a video filmed on the Mexicali by Imperial Valley resident Roy Dorantes.

Locally, the estimated 55,000 travelers that passed daily through Calexico’s ports of entry was reduced to about 28,000 amid the pandemic, Imperial County Transportation Commission Executive Director Mark Baza recently reported.

Those cross-border visitors were also estimated to have spent on average about $1 billion annually in the county, he said. 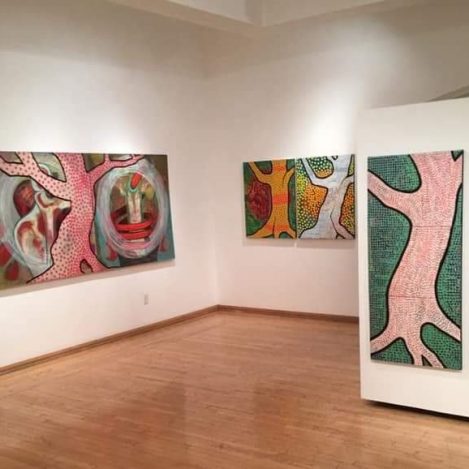