Event Had Fewer Attendees Than in Past Due to COVID Precautions, Holtville Mayor Mike Goodsell Says 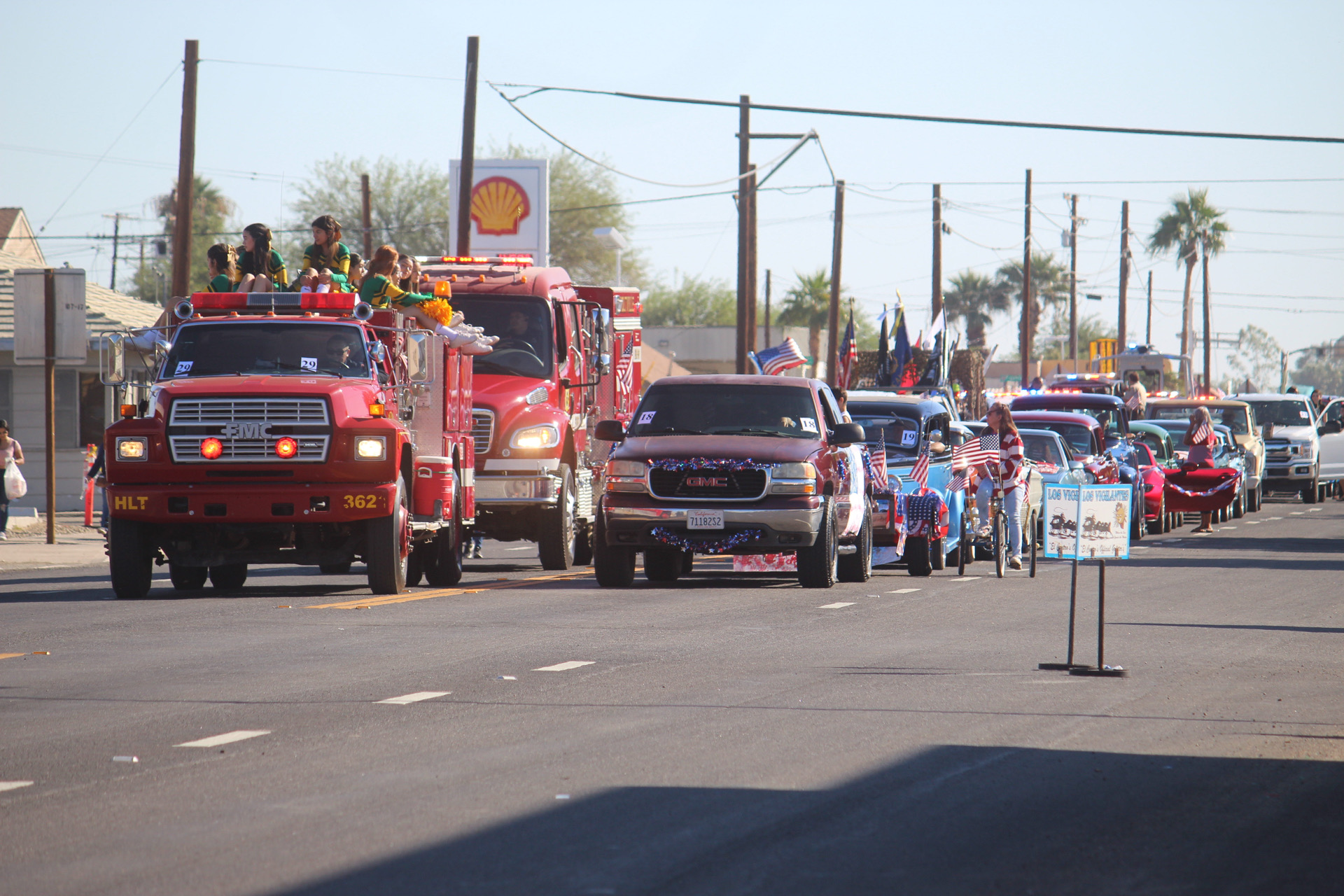 A classic Holtville Fire Engine with the Holtville High cheerleaders atop it and several classic cars from several clubs make their way down the eighth annual Holtville Veterans Day Parade route on Saturday morning, Nov. 6. Fewer spectators watched this year’s parade than in the past, but announcer and Holtville Mayor Mike Goodsell says crowds will be up next year. | MEGAN JONES PHOTO
Home
Regional News
Share

Canopies for merchants and local agencies are arranged in front of City Hall at Holt Park for the street fair and farmers’ market to follow the parade.

A colorful, shaved ice truck, a barbecue food truck, and a kettle corn vendor are getting ready to serve the spectators at the end of the parade route.

The city is abuzz with excitement.

A young boy sits at the corner of Holt Avenue and Fifth Street patiently waiting as he fidgets with his water bottle. The mom is preoccupied with another child and nods when the boy asks, “Mom, is that a drum I hear?”

“Good morning, the parade has already started down the street,” an announcer can be heard saying.

The boy throws his arm in the air in excitement, suddenly startled by a red REACH helicopter flying over the parade route. He is unable to contain his excitement as he realizes this parade is more than he ever expected. He stands up and does a little dance then sits back down to not miss one second.

Having been raised on a parade route in Calexico, I know that my point of view is mired with nostalgic projection. I remember how it felt to hear the trumpets of the Mexican military school band paired with the rhythmic marching sound of their boots hitting the Second Street pavement. What was only a street a few hours before, had now become a stage for a magical musical experience.

On Saturday, the familiar voice over the speaker announcing the Veterans Day Parade’s entrants was that of Mayor Mike Goodsell. Every act in the parade was introduced to the crowd to cheers and applause. Among them, Calexico resident Victor Carrillo cheers on his grandson. A long-time attendee to these events, Carrillo was happy to share his reason for attending.

“One, not only to support the community of Holtville in honoring our veterans, but the second is my grandson, who is in seventh grade at Corfman Middle School (in El Centro and who) plays the trombone for the McCabe School marching band,” he says.

The McCabe band thrilled the audience with its rhythmic performance. The hometown Holtville High School Viking Band of Pride, led by Drum Major Rafael Espinoza, moved the crowd with its toe-tapping rendition of “Living in America,” originally performed by James Brown.

The Holtville Carrot Festival court was also highlighted in the parade. Alexis Piper, Britney Valenzuela and Leslie Rossman were driven in a vintage 1956 Chevy Belair provided by the Holtville Car Club.

Multiple local service agencies including the Imperial County Sheriff’s Department, Holtville Fire Department and California Highway Patrol were in attendance to honor the veterans of Imperial County and the city.

The myriad acts and vehicles on display in the parade made a fun time of 35 minutes. It also gave the vendors at the farmers’ market the time to be ready to serve the hungry parade-goers who descended on the little town’s park to celebrate its veterans.

At the end of the parade, Mayor Goodsell noted that the parade was one of the ways the town could honor its veteran citizens.

“Just remembering what the veterans have done for us. That’s why we do it,” he said. “There is no freedom without their sacrifice.”

The same sentiment the mayor felt, was evident throughout the celebration.

Dance teacher Hilda Parra of Sunshine Dance Studio led folklorico dancers in brightly colored skirts to close out the parade. As the dancers tapped their heels on the streets, the crowd followed them into the maze of vendors at Holt Park. As she prepared the students to perform in the center kiosk of the park, she reiterates the mayor’s words.

“We are happy to be participating in the Veterans Day Parade to celebrate them, thanking them for their service to our country,” Parra said.

Veteran Robert D. Garcia Jr. of Brawley was on hand with his wife enjoying the nice weather and shady canopy of the large trees.

“I’m a veteran. So, we like to come here. We have come here before, and we love the community,” Garcia said. “The weather is beautiful today and we can’t wait for the Chinese food place across the street to open so we can have some nice lunch.”

Veterans of different wars walked through the park wearing hats that stated their rank or station or branch of the service. Young marines in their dress uniforms gathered among their new veteran brethren.  Garcia points out that this year the turnout seems to be slightly smaller.

“Other times I have seen a lot more people,” he adds.

He is not the only to notice the affects the pandemic has had. COVID-19 precautions were present throughout the celebration, with many masked individuals in outdoor congested spaces with others unmasked yet social distancing.

The event was attended by fewer people this year, Goodsell says. The pandemic has changed how and when people participate in local events. Mr. Goodsell says about this year’s turnout,

“It’s pretty good. We’re trying to get back into it after COVID shut us down, but it’s a good number,” Goodsell adds. “We’ll be more next year.” 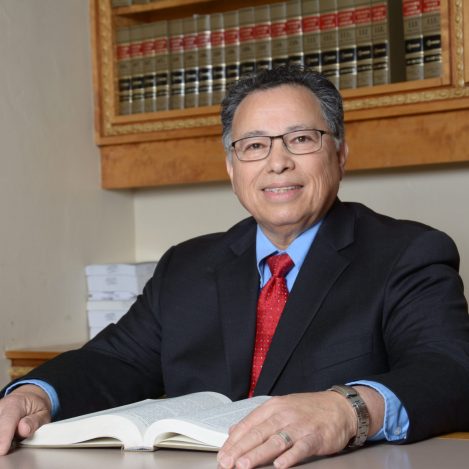