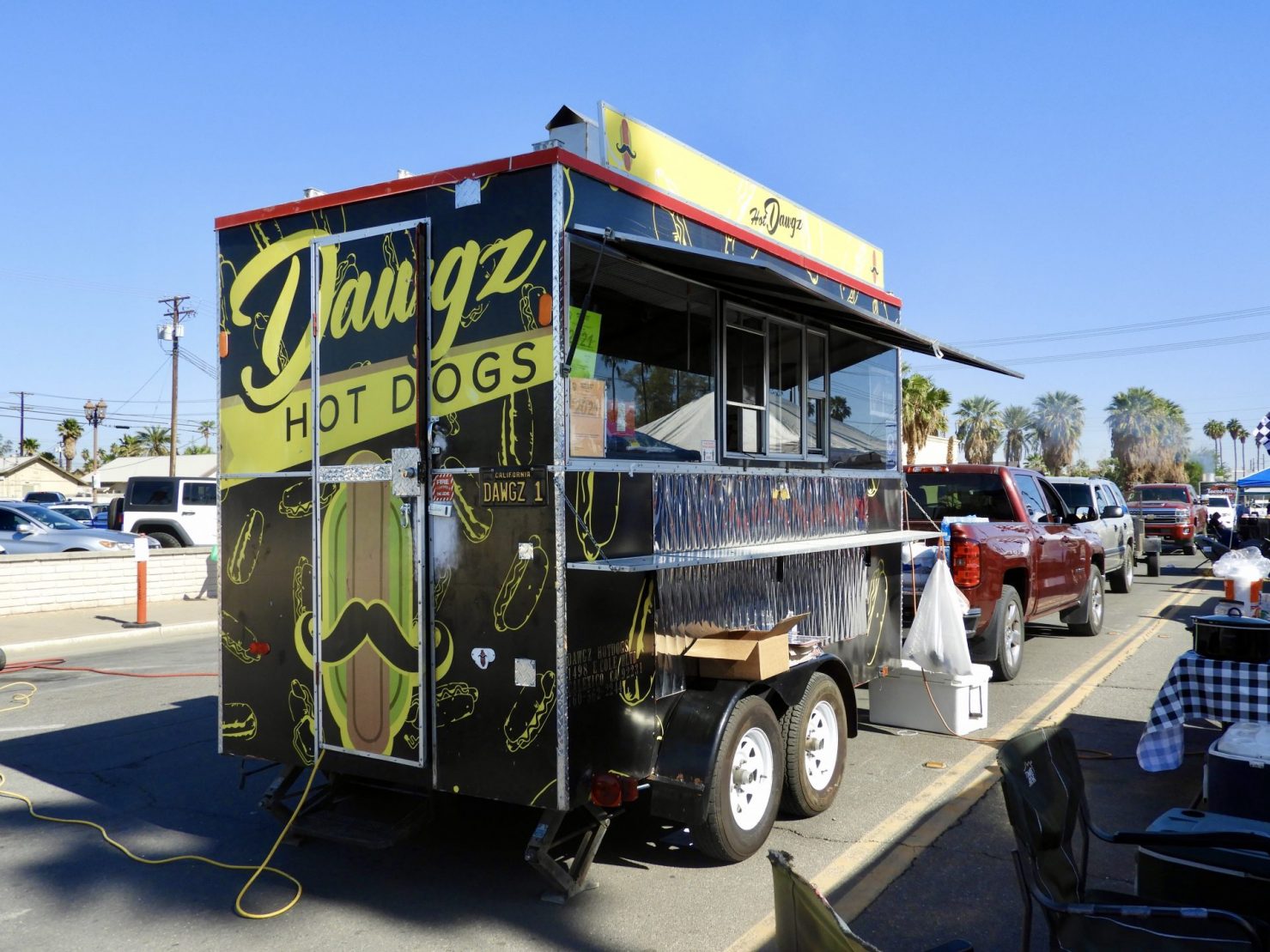 Dawgz Hot Dogs, a Calexico-based food truck business, began serving hot dogs in June 2021, but due to pandemic restrictions, the truck was unable to have a grand opening at the time. The street fair organized by the business on Saturday, Nov. 6, served as its grand-opening event. | MARCIE LANDEROS PHOTO
Home
Business
In BusinessLocal News

CALEXICO — Five months after beginning to serve the communities of the Imperial Valley, Calexico-based food truck, Dawgz Hot Dogs, was able to celebrate its grand opening and ribbon cutting by hosting a community event with live music and a beer garden.

Members of the community wandered in and out of the event all day, coming to eat food, shop at the booths, and listen to the music. Some of the visitors were residents in the neighborhood who were surprised to see the activity going on and came to investigate.

“I live down the street, and me and my kids saw that something was going on down here. They were bored so we decided to walk down and see what was going on. I didn’t realize how much I missed these, what do you call them, community events, I guess?” Letty Castillo said. “Anyways, (this is) something small I can take my kids to, so they aren’t just sitting around all day.”

To host the event, Rodriguez partnered with Roots Creative, a Calexico-based design studio and event company owned by the creative mind behind Calexico’s biggest holiday shows, Mil Uno Haunts and Mil Uno Lights, Eddie Lopez. Roots Creative was responsible for the organization and entertainment at the Dawgz grand opening.

“So we’re going to have all kinds of local talent, which is a reggae band from Calexico, they’re Break from Society. Then we’re also having Los Gasters, who is going up right now. They’re actually a local band as well from here,” Lopez said on Saturday afternoon. “And then (Ed Flower y La Chambita), which is another great band. They’re a local band that plays, well, lots of covers and things like that.”

“I had some of their hot dogs at an event a while back and they were really good, so when I heard they were going to have an opening thing, I knew I was going to stop by,” Gonzalez said. “I didn’t expect the music and the beer, though. It’s pretty cool.”

The beer for the event was provided by Best S.T.E.P. Forward, a nonprofit based out of the north end of the Valley that provides programing for differently abled children and their families in the Imperial Valley. Jackie Riddell, a coach and coordinator for the nonprofit, shared that while they are focused mostly on children, this was a way to provide something for parents with differently abled children.

“At Best S.T.E.P. Forward, we are 90 percent children and 10 percent parents, because mom and dad deserve something, too,” Riddell said during the community event.

The city of Calexico also showed its support for the event blocking vehicle traffic on First Street from Heffernan to Heber avenues and giving organizers permission to use the public parking lot adjacent to the border fence. The city also provided a uniformed police officer to be stationed at the event for the duration and having other officers do periodic walk-throughs.

“Well, I’ll tell you what, I love this weather. I mean, it’s warm, you’ll probably get up to 90 degrees, but it’s clear, it’s beautiful,” Calexico police Sgt. Sean Acuña said on Saturday, who was in charge of patrol. “And as it gets later in the day, the weather is going to get a little bit nicer.”

Rodriguez, who expressed gratitude to the city for being able to stage Saturday’s event, said Dawgz Hot Dogs began with his father, Fitz Rodriguez, in Calexico years ago as a small family business to make extra money on the weekends. When Ivan Rodriguez took over the business, he rebranded it after the nickname Rodriguez’s father gave him, “Dawg.”

“Back in 2012 my dad had a little hot dog cart. He started doing backyard events and whatnot. And then after a while, I started kind of helping them out. And then he kind of just stopped since it was just a busy thing on the weekend,” Ivan Rodriguez said. “A couple of years later, 2017 or 2018, I decided to take over the business again and rename it Dawgz Hot Dogs and kind of add a new twist to it. And it kind of just took off after that.”

This is the second downtown event the city has seen in the past week and a half. Feria Pa La Raza on Oct. 28 was the first downtown festival since March 2020.

While Rodriguez is leading the path forward in this business, reviving it and growing it from a hotdog cart to a food truck, he maintains that it is a family business that he shares with all the members of his family. During the ribbon cutting, Rodriguez shared that moment with his father and his two brothers, Josh Rodriguez and Eddie Rodriguez Jr. 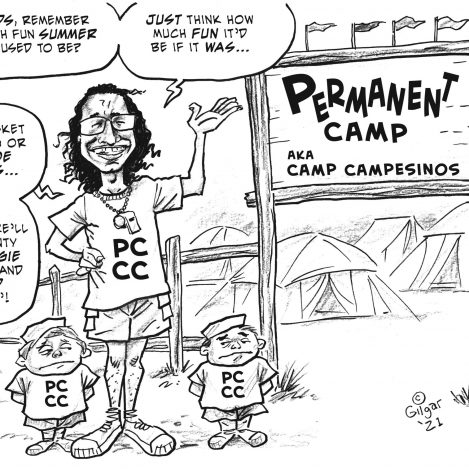