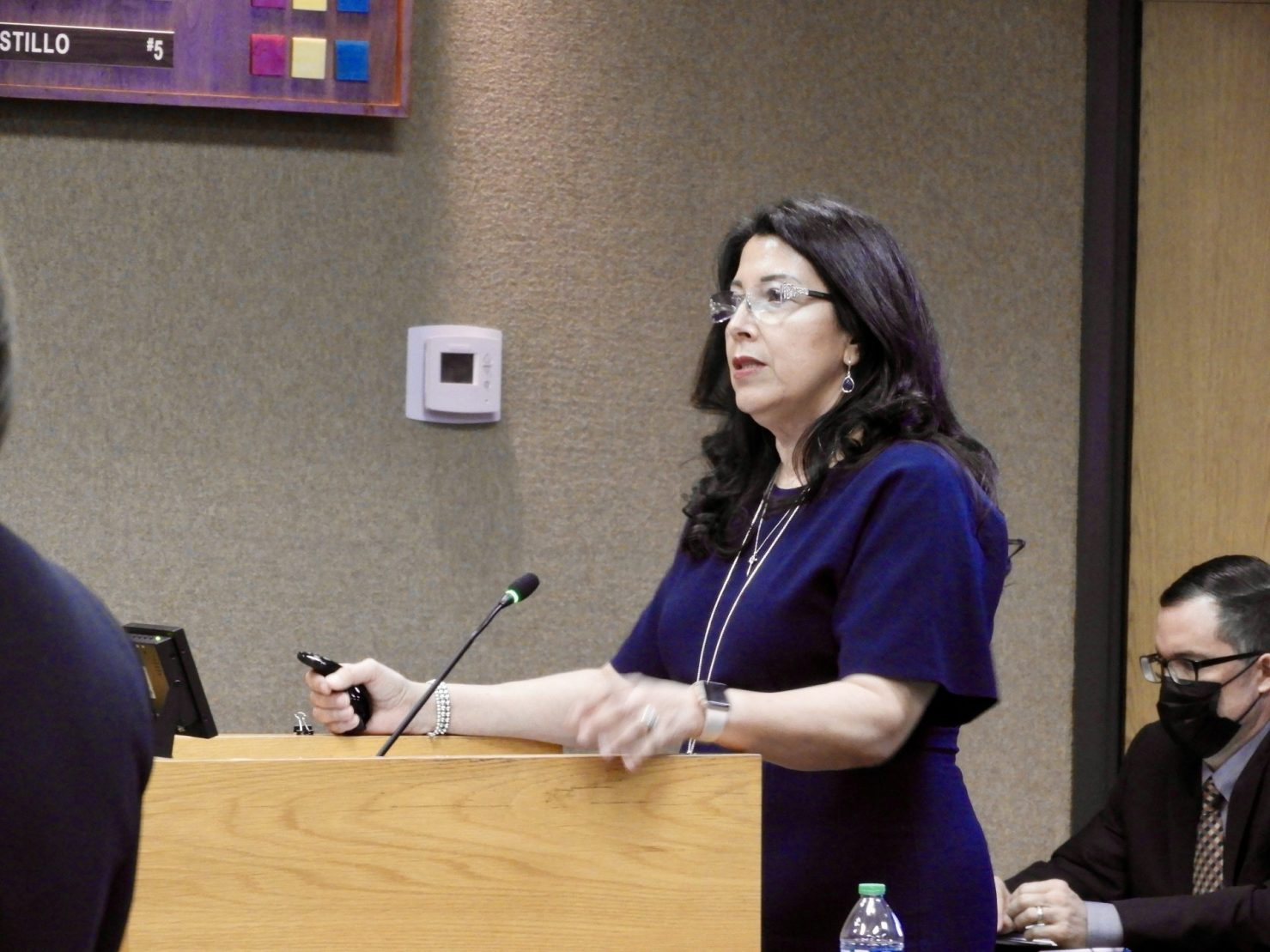 Board of Supervisors Directs Behavioral Health Services to Look in Funding Options for Local Care, Among Other Decisions

EL CENTRO — Imperial County Behavioral Health Services will begin exploring providing funding to law enforcement agencies responding to mental health calls and begin exploring investing in local facilities to develop psychiatric beds for patients.That was the two directives of the Imperial County Board of Supervisors following a presentation updating the board on services provided by Behavioral Health dring its meeting on Tuesday, Nov. 2.

“$400,000 a year for hospitalization out of county, that’s a significant amount. What would that mean to a local entity that’s already here, that would be able to do beds for psychiatric holds? Imperial Manor is a secure facility? I haven’t been there in quite a while,” District 4 county Supervisor Ryan Kelley after the presentation, referring to the annual cost the county now pays to find locals psychiatric beds outside Imperial County.

The issue of psychiatric hospital beds is not new to the supervisor. Just two weeks ago he protested a lack of beds by abstaining to vote on the “Casa Serena” project, a program which focused on preventative care and reductions of reoccurrences of mental health crises and hospitalizations.

Leticia Plancarte-Garcia, Behavioral Health director, has maintained that a dedicated psychiatric facility in Imperial County is not sustainable due to the county’s low numbers in terms of need. In the 2020-2021 fiscal year, Behavioral Health saw an average need of two beds a day, far below what is needed to sustain a psychiatric facility, she said.

Behavioral Health contracts for psychiatric beds in facilities outside of the county at the cost of $400,000 annually, but beds are not guaranteed and our dependent on availability. The department has reached out to hospitals outside the county to develop dedicated beds, but after 17 inquiries, only one hospital expressed interest — Alvarado Parkway Institute. Behavioral Health originally wanted four beds, but Alvarado offered the county two at a daily rate a $1,600, for a yearly total of $1.17 million, making it unstainable as well.

In response to the unsustainability of both an independent psychiatric facility and the financial burden of contracting outside of county, Kelley directed the department to explore in investing directly into already existing facilities in Imperial County that might be able to add the beds as part of their normal operations, such as Imperial Manor, which is an involuntary nursing facility dedicated to those under state conservatorship.

While these beds are a possibility, Behavioral Health staff warn that the ability to have these beds at these facilities is heavily dependent on the licensing each facility has and the interest that the facility has in developing these services.

“The answer is yes,” responded Plancarte, much to the surprise of Escobar.

Plancarte explained that many counties have programs where the where mental health service departments help financially support law enforcement departments dealing with these holds, but the nature of what a program in Imperial County would look like is not dependent on what Plancarte thinks the program should be.

Rather, she said, the program would have to be developed based on community recommendations, to which Escobar directed Behavioral Health to begin gathering information for the development of such a program.

California Ethanol and Power LLC agreed to a schedule of monthly payments to the county of Imperial for its $750,000 Agricultural Benefits Program loan, of which CE+P has utilized $642,483.20.

CE+P originally requested this change during a meeting on Oct. 19, but the county board rejected the request, asking CE+P Chief Executive Officer David Rubenstein return in two weeks with a clearly outlined repayment plan for the board and the public to review, which CE+P complied with, earning them the adjusted pay schedule.

On Sept. 24, Imperial County began to receive bids to replace the bridge crossing over the New River at Lack Road in the north end of the county, just outside Westmorland.

This project will include prestressed bridge girders, reinforced concrete footings, asphalt concrete pavement, a guardrail system, transitional railing, concrete barriers and even a crash cushion. The bid was awarded to Hazard Construction Engineering LLC. for no more than $3,227,973.70.

The county board rejected a request from Allied Imperial Landfill Inc. to increase the amount of out-of-county waste being brought into their landfill in Imperial.

Allied’s reasoning for needing the increase, according to Allied General Manager Peter Sternberg, is that Imperial County is “dirt poor,” stating that Imperial County does not have the correct type of soil to be able to cover trash within the landfill. Sternberg requested that the county appeal its decision to limit the out-of-county waste in order to bring waste soil from Los Angeles and San Diego counties in order to cover the trash.

When questioned in detail, Sternberg could not guarantee that the increase would be limited to waste soil, causing the Board of Supervisors to reject the appeal, stating that Allied could return to appeal again when it established language that would limit out-of-county waste increases to soil only to be used to cover trash within the landfill.