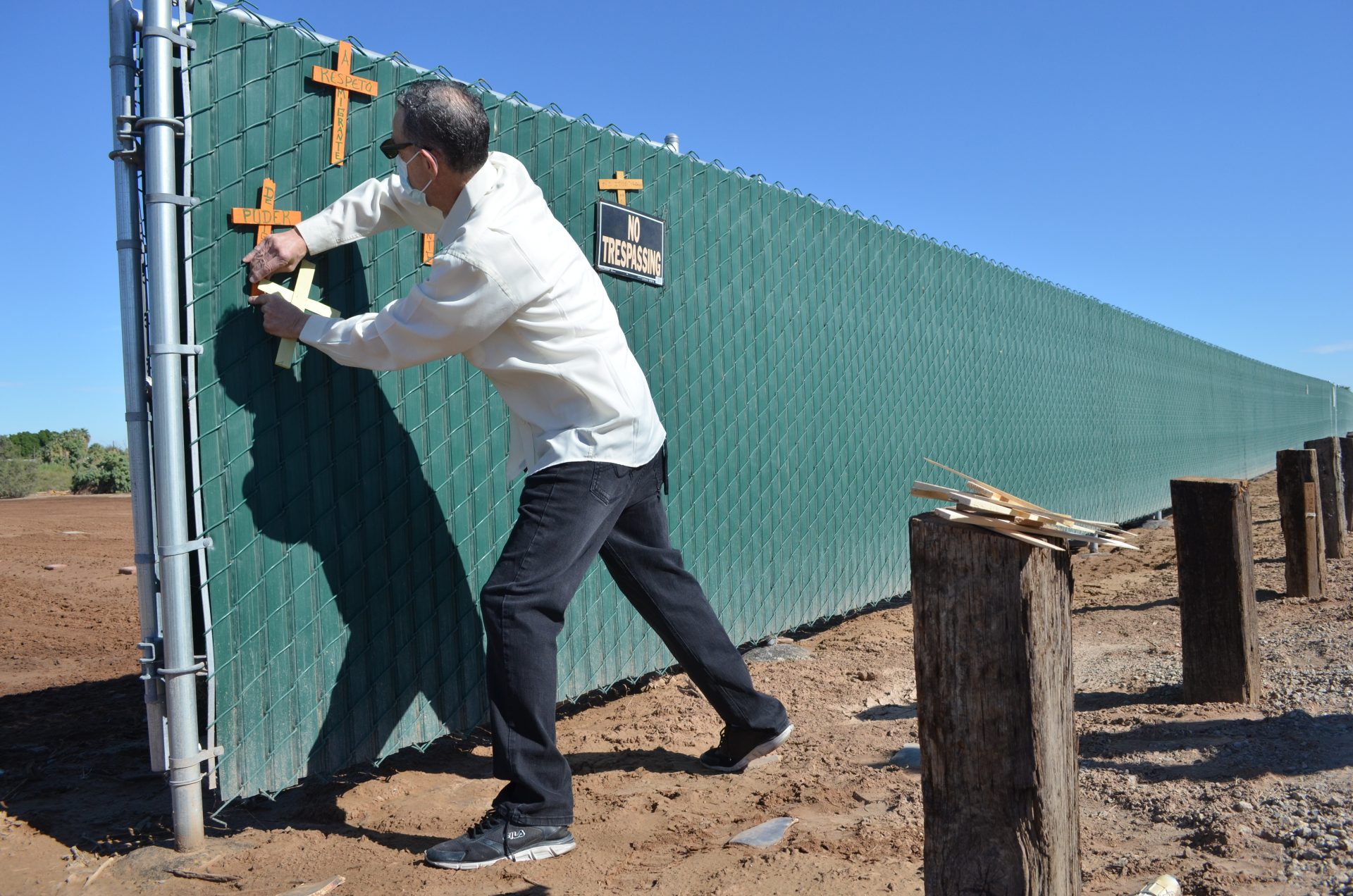 El Centro resident Robert Holzman places crosses on a fence commemorating the hundreds of unidentified migrants who are buried at Terrace Park Cemetery on Tuesday, Nov. 2, also recognized as the Day of the Dead. A small memorial for Día de los Muertos was organized by San Diego-based Gente Unida. | JULIO MORALES PHOTO
In Featured StoriesRegional News

OLTVILLE — Painted lady butterflies are a common annual sight in the Imperial Valley, where the species will wait out the winter before migrating by the thousands to the Pacific Northwest.Less commonly observed is the use of the butterflies as intermediaries that carry the heartfelt wishes of those who are currently living to the supernatural realm.

But that is precisely what transpired at Terrace Park Cemetery on Tuesday, Nov. 2, commonly celebrated in Latin America and by the Christian faithful as the Day of the Dead, or Día de Los Muertos.

Standing amid the section of the cemetery reserved for indigent graves, Frank Modic, chaplain at the Silverado Hospice in San Diego, encouraged those gathered for a vigil in honor of the hundreds of unidentified migrants buried there to say a wish on behalf of the departed before releasing the captive butterflies he furnished for the occasion.

“What we’re doing today in a very kind and ritualistic way is saying, ‘Thank you for trying, may we pick up from you and learn from you that tremendous spirit that means to keep trying and doing things better,” Modic told the gathering.

The vigil was organized by Enrique Morones, founder of the San Diego-based nonprofit Gente Unida. The indigent gravesite has served as a backdrop for numerous events that Morones has hosted there in honor of the unidentified migrants, most of whom died while trying to illegally enter the United States.

He first started visiting the cemetery about 20 years ago, when the number of indigent people who were buried in the paupers’ graves numbered about 20. That figure now stands at more than 500 and represents the largest gravesite for unidentified migrants west of the Mississippi River, he said.

Those numbers started rising dramatically after 1994, when the U.S. Border Patrol implemented Operation Gatekeeper, which increased immigration enforcement around the Southwest border’s urban areas and pushed migrants into more desolate and dangerous terrain.

The result has been that some 12,000 immigrants have died while attempting to cross illegally into the U.S. through areas that pose greater risk of death, Morones said.

“We believe we should have bridges not walls,” he told those gathered.

The event started off with Father Edward Horning of Sacred Heart Catholic Church in Brawley leading the group of about a dozen in prayer.

He reminded those present that Christians typically honor their dearly departed on Nov. 2, also known as All Souls Day and the Commemoration of All the Faithful Departed.

Horning also provided assurances that the departed no longer are suffering but instead have been welcomed in paradise by choirs of angels and are at perpetual rest.

Hilton Smith, chief executive officer of Imperial Valley Black Lives Matter, was on hand as a sign of support with the event organizers, and to call for the reform of the nation’s “broken” immigration system.

“We’re here to show solidarity with those individuals who have lost their lives seeking a better life,” Smith said.

He was particularly critical of the past and current presidential administrations’ use of Title 42 to expel migrants who are characterized as posing a public health threat amid the ongoing COVID-19 pandemic.

“It’s unfortunate that in this country we still have laws that are contrary to our constitution,” he said.

Calexico resident and longtime immigrant rights activist Hugo Castro was also present to commemorate the lives of the migrants who are buried at the cemetery.

Castro disclosed that his own transformation into an immigrant rights advocate had taken place exactly 20 years ago, when he had encountered a Christian minister in jail who deliberately got himself apprehended by Border Patrol so that he could minister to detained migrants.

“After years of struggling we are trying,” Castro said. “It’s sad that it is getting worse and worse.”

As someone whose childhood was marred by the Iran-Iraq war and who came to the United States from Iran as an unaccompanied minor to escape from the new hardline religious regime, Ari Honarvar said she can relate to those who would risk everything for a better opportunity.

Following the vigil at Terrace Park, Honarvar was to accompany Morones to Mexicali to visit migrant shelters. Honarvar is vice president of Gente Unida, as well as a representative of Musical Ambassadors of Peace, which helps build cross-cultural networks across the globe, honor and preserve indigenous musical traditions and help heal those traumatized by war.

“I can certainly understand why people would subject themselves to terrible conditions just to get to safety,” Honarvar said.

Tuesday’s event also provided an opportunity for Holtville resident Margarita Bernabe to personally thank Morones for visiting her late son’s gravesite through the years after their initial encounter at the cemetery about 10 years ago.

During that encounter, Bernabe shared the story about how her 1-year-old son, Francisco David Bernabe Jr., became ill and died unexpectedly. Morones also shared with her details about his advocacy work.

Since that initial encounter, Bernabe would often find items left on the gravesite of her son, such as toys.

“Every time I saw something here, I knew it was from (Morones),” she said. 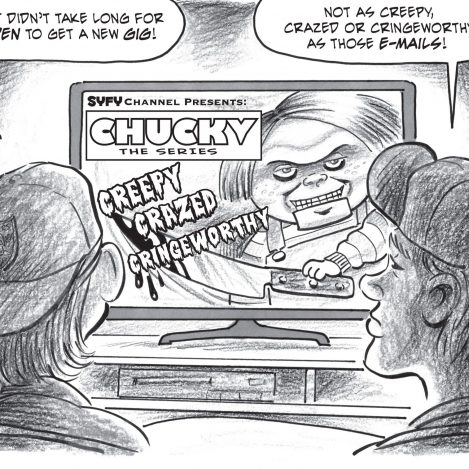