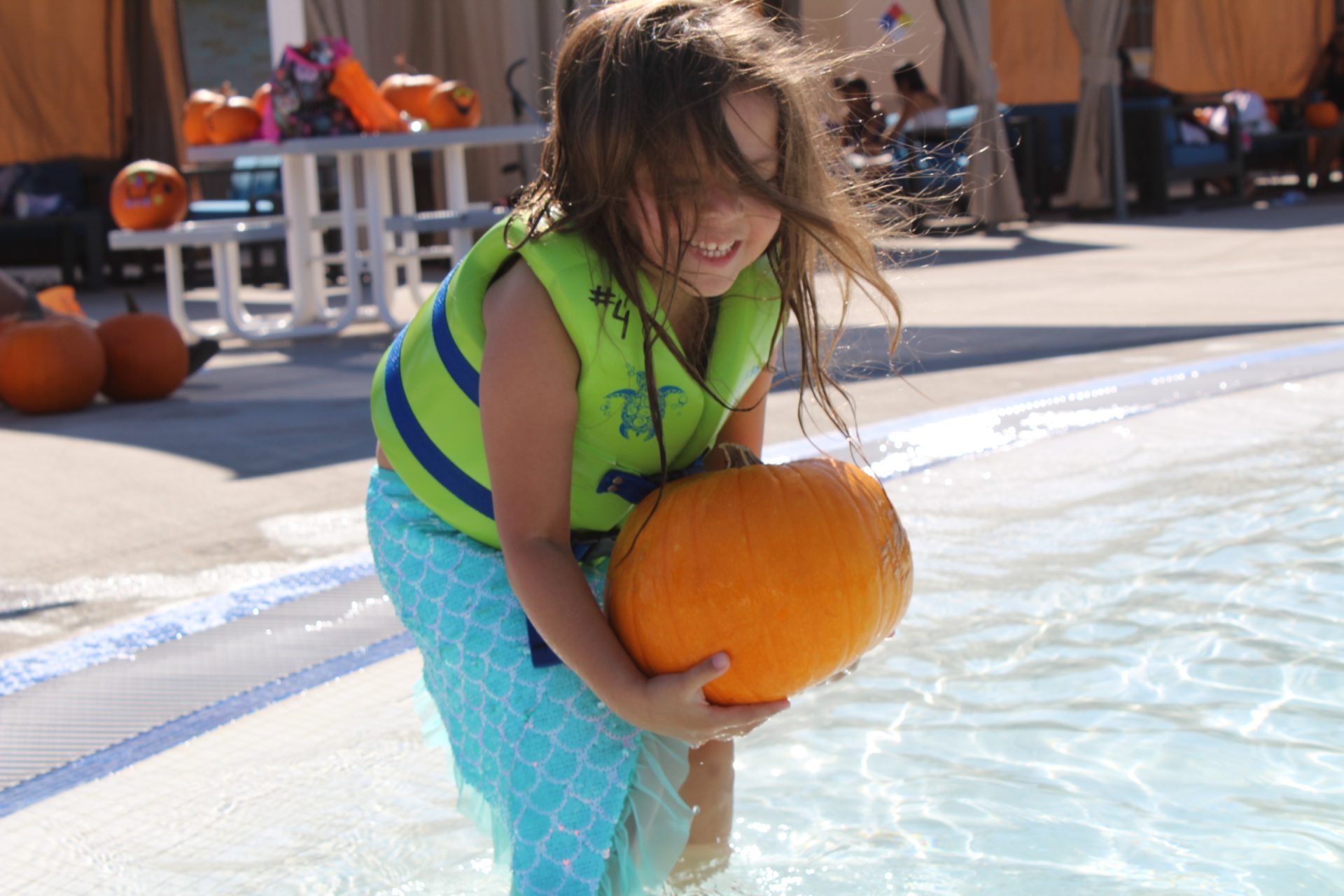 Abigail Nava, age 4, picks up her pumpkin out of the children's pool at the El Centro Aquatic Center during the city’s second annual floating pumpkin patch on Saturday, Oct. 30. | KATHERINE RAMOS PHOTO
In Regional News

A Spin on Fall Tradition Brings Out Children, Their Families to El Centro Aquatic Center

EL CENTRO — As dozens of pumpkins bobbed in the water, 10-year-old Yuromi Padilla said choosing and holding onto one of the orange orbs was a challenge in itself.“

Since the pumpkins are really far away, if people don’t know how to swim, it’s really hard, but it’s fun,” said Yuromi, who explained that swimming toward the naturally buoyant gourds was difficult without floaties.

Her friend, 10-year-old Sophia Cady, said she was excited for the part where they personalized their pumpkins.

“I like to swim in general, but I also like picking the pumpkins and decorating them,” said Sophia, referring to a nearby decoration station in which children could take their pumpkins from the pools of the El Centro Aquatic Center to tables set up with foam stickers and other supplies.

Yuromi and Sophia were among the many children and families gathered at the Aquatic Center on Saturday, Oct. 30, for some Halloween weekend fun and to take part in the city’s second annual floating pumpkin patch, a wet spin on a fall tradition.

Center supervisor Rebecca Corfman said she got her inspiration after going to a conference in Texas and speaking with staff of municipal pools that host similar floating pumpkin patches each October. Corfman liked it and “stole” the idea to bring something unique to El Centro.

About 390 pumpkins were brought to the Aquatic Center and were free for families to take as many as they wanted. Some were in the warmup pool and others were in the children’s activity pool. Over in the competition pool was a large floating obstacle course called an aqua track, another activity idea Corfman brought from outside the Imperial Valley.

Children swam among the floating pumpkins, choosing whichever gourd caught their eye, and playing with them. The pumpkins were like big orange beachballs bobbing along, with children throwing a few or attaching themselves to them to use as floats. Nearby, youths swam the aqua track, racing each other or trying to beat their own best time.

“I like that you can choose your own pumpkin and you can decorate (it),” 9-year-old Mia Cazares said. “You can just grab one and take it!”

Mother and daughter, Yissel Silva and Yossel Aceves, are regulars at the Aquatic Center and enjoyed picking out pumpkins for home.

“I like coming here because they teach me how to swim and I love to swim,” Yossel said.

“I like that they have activities for them here, and we can enjoy them and have fun,” her mom, Silva, said. “It’s amazing how the pumpkins are just floating in the pool and the kids can play with them.”

“It’s nice to see they are continuing it,” El Centro parent Ashley Vogel said. “It’s a really unique experience to have in the desert, floating pumpkins in the water, and weather’s actually nice.”

Lifeguard Bianca Platero said seeing all the kids and families in the pool makes her happy, especially seeing that the parents are comfortable with her and the other lifeguards taking care of their children.

“It’s super fun. I love to see the smiles on their faces getting excited to hear they get to decorate their pumpkins and eat candy,” Platero said, “and I think they really enjoy swimming with the pumpkins and floating around.”

Supervisor Corfman hopes to continue this tradition and see the El Centro Aquatic Center as the place to go for children and families. She said to keep an eye on the center’s Facebook page for all the events and programs that will begin once it reopens in 2022.

“You haven’t seen this here in the Valley before; you usually have to travel out,” she said of the floating pumpkin patch. “I love bringing new ideas, new stuff to the Valley to make new memories for the kids.” 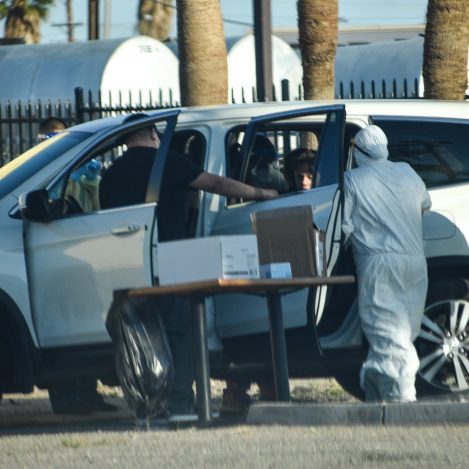