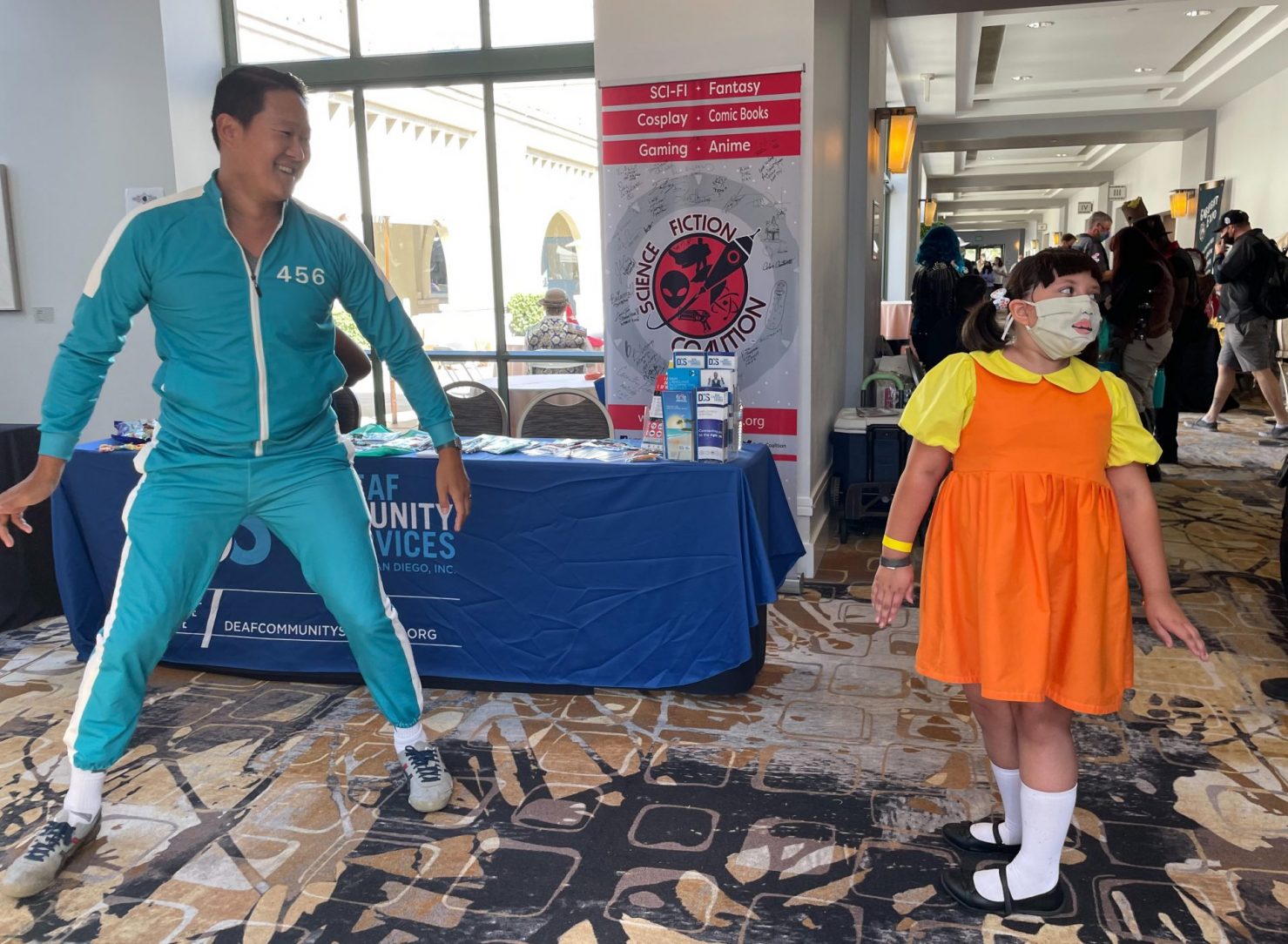 ESCONDIDO — Angels, demons and superheroes walked the earth once again as a steady flow of guests came through the arched doorways of the California Center for the Arts in Escondido throughout Saturday, Oct. 30.

Johnny and Moira Rose arrived for a late check-in. In the courtyard, Padme Amidala strolled through the rose gardens in her Naboo picnic dress, while the Avengers assembled for photos and nachos.

Fandom Invasion was the first convention held by the San Diego Science Fiction Coalition, a science fiction and fantasy fan group that focuses on supporting community events and fundraisers. The group was founded almost five years ago, and the convention has taken the past two years to plan.

Celebrities took photos and signed autographs, including actor Carrie Henn, who played Newt in “Aliens,” and actor and stunt performer Janeisha Adams-Ginyard, who has been in a variety of Marvel productions.

Shawn Mullen, the president and founder of the SciFi Coalition, said the club wants to create a new tradition on Halloween weekend in San Diego. He said that unlike larger conventions in Southern California, Fandom Invasion was 100 percent funded and run by club members and volunteers.

Leana Ahmed, president of the Los Angeles chapter of the SciFi Coalition, said one of the goals of the convention was to create a safe space for everyone to celebrate their love for pop culture and fandom.

“Diversity is a given in this day and age, but the inclusivity of this, as far as gender, ethnicity, you see it in the cosplay and you see everybody participating in every kind of cosplay,” Ahmed said. “Cosplay is for everyone, and that’s a beautiful thing to see, and that is something that we strive for in the SciFi Coalition.”

Mullen said he was especially proud to connect with the deaf community and ensure they are a part of the celebration of fandoms. The Deaf Community Services of San Diego had a resource table at the entrance, right across from registration.

“We are trying to have a tradition of having a guest of honor for the deaf community every year,” he said.

This year, that guest was actor Troy Kotsur, who is known for playing a Tuskan Raider in the Disney show, “The Mandalorian,” among other roles. He also helped create the sign language that the Tuskan Raiders use.

Though there were critically acclaimed actors, artists and creators at the show, Fandom Invasion celebrated the fans themselves, and special attention was paid to give young artists space to showcase their work alongside their adult peers.

One such artist was 15-year-old Gavin Richter, who goes by @0ddball_art on Instagram. This was Richter’s first time selling his art at a convention.

“I was honestly really nervous before because I didn’t know if my art was good enough to make any money,” he said. “But I ended up making a good amount of money and I had a lot of fun.”

Richter is a self-taught artist who works both with Copic markers and digitally with ProCreate. His bestselling piece was a print from a commission he drew of himself and his father in their Mandalorian costumes.

“Next time I’m going to draw more characters who are pre-existing,” Richter said. “I really like using my imagination to draw characters and character designs, but people are going to buy what they are interested in.”

Imperial resident Virginia Davila attended the convention dressed as Jubilee from the X-Men. She said she came to Fandom Invasion to connect with friends and maybe attend the panels.

“I thought for the size, it had plenty of things to do,” she said. “It had a little bit of everything in the exhibits and different panels. I really like that there was a kids’ area and up-and-coming artists.”

Davila also cosplays as Princess Leia, so she said a highlight to her day was meeting Julie Dolan, who is the voice actor for Princess Leia in “Star Wars: Rebels” and other Star Wars shows and games.

“I like the fact it was small, but pretty much had everything a convention should have, plus extra,” she said.

Jacob Dubizhansky said it was a relief to finally get the show done after more than a year of work and planning with a core group of five or six people. As the SciFi Coalition graphic designer, Dubizhansky created many of the banners, marketing materials and commercials for the show. He also recorded several of the panels, which will be available on the Science Fiction Coalition YouTube channel.

“We’ve been working like crazy getting it done,” he said. “The show brought a lot of cosplayers in. Cosplayers do great things for the community. If you have a chance to volunteer anywhere with kids, hospitals, charities, just pick up a costume and go visit kids. They’ll light up and it’ll be the best thing in the world for them.”

Ajalee Hood of El Centro is a Southwest High teacher who loves to cosplay as Marvel, Star Wars, and video game characters. You can find her and other members of the Imperial Valley Cosplayers Group on Facebook and at local events and fundraisers. 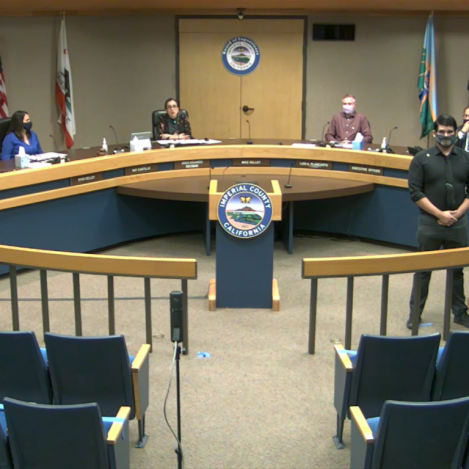