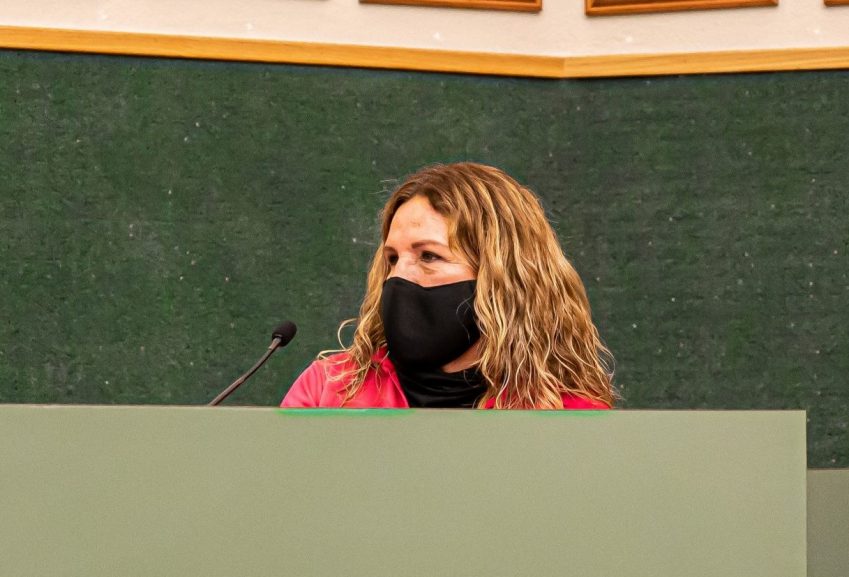 Carmen Estrada, Calexico Parents Athletic Association founder and president, speaks during the Calexico City Council meeting on Oct. 20, where for the second meeting in a row she asked the city for help in finding more park space for her 1,300-strong youth soccer league. | CAMILO GARCIA JR. PHOTO
Home
Community Briefs
In Community Briefs

Carmen Zuñiga Estrada of Calexico has been selected as Citizen of the Month for October for state Sen. Ben Hueso’s 40th Senate District.

An announcement was made in a newsletter sent out Friday, Oct. 29, from Sen. Hueso, D-Chula Vista.

Best known as the founder and president of the Calexico Parents Athletic Association, Hueso’s office states: “Estrada is passionate about working with families and the community, especially with youths. Although she is technically retired, you would never know it. She has been working at the Imperial County Office of Education since 2019 and has been a volunteer with the Calexico Unified School District for more than 20 years, supporting various activities like basketball and the prom.

“From 2004 to 2010, Carmen served as athletic director of the Calexico Police Athletic League, which was the largest organization in California in the sports of basketball, boxing, and cheerleading. She helped guide 3,700 active children as they learned new sports and the value of teamwork.

“After the Calexico Police Athletic League closed its doors, Carmen took it upon herself to create the Calexico Parents Athletic Association. She founded this organization because she believes wholeheartedly in the power of sports to help children with health, education, and values.

“She has grown the organization to include 1,300 active children from all over the Imperial Valley. With help from the Imperial Irrigation District, city of Calexico, and IBEW, the Calexico Parents Athletic Association provides two seasons at no cost to participating families.

“Carmen said she is grateful to the coaches and families for being united in this program, and the people who have believed in it and continue to believe in it,” according to Hueso’s office. 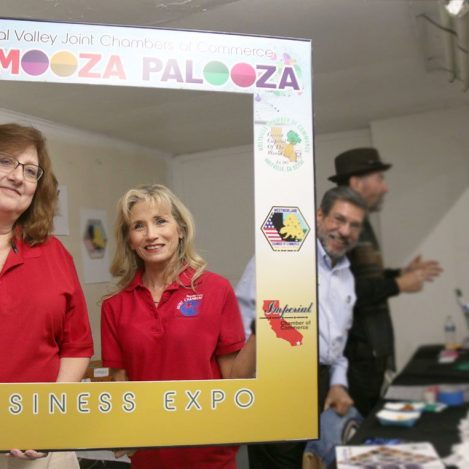 Businesses Roll Out the Schmooz at Annual Palooza