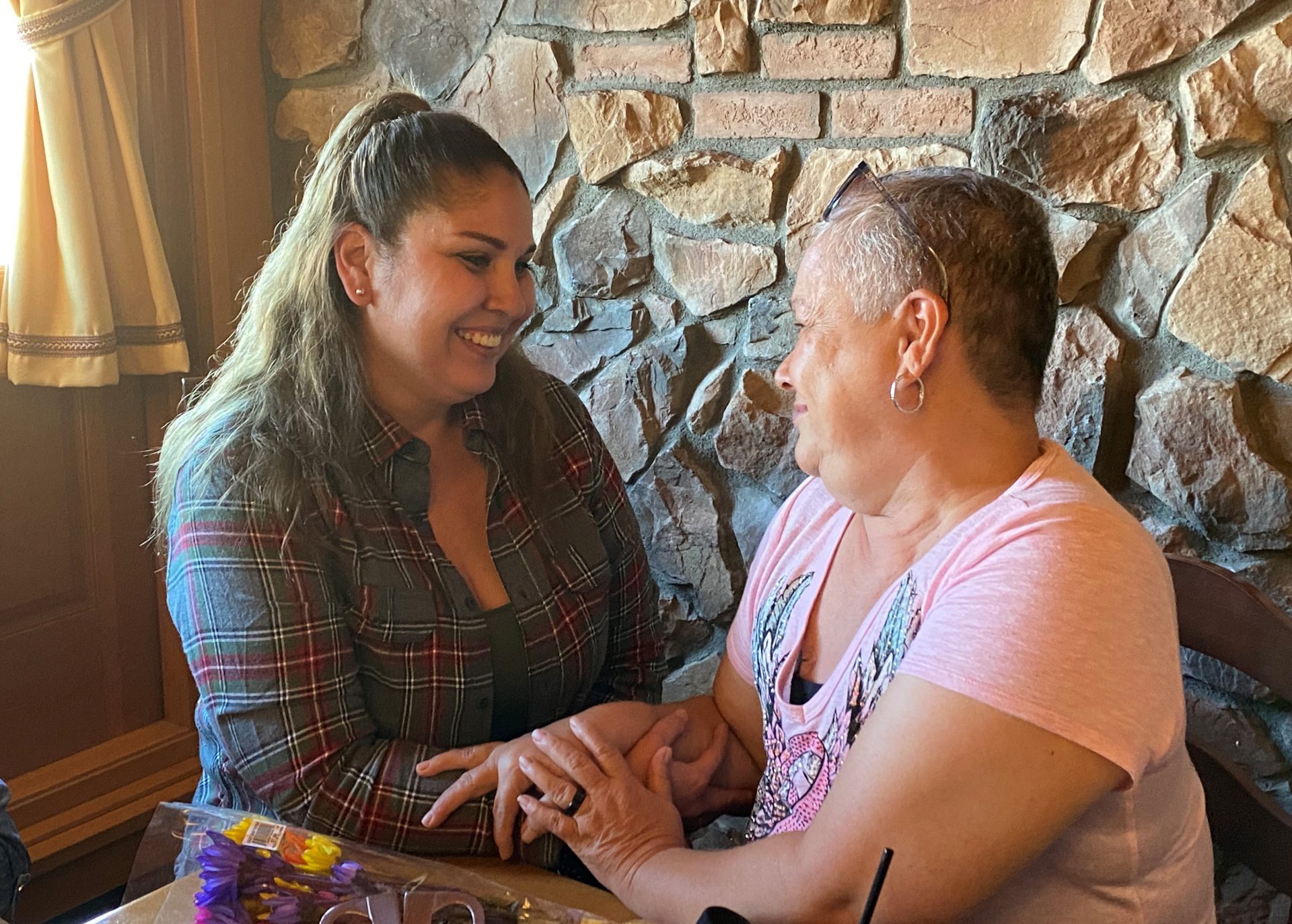 Lorena Gonzalez (left) sits with Maria Meraz on Thursday, Oct. 28, after explaining what motivated her to raise money to help Meraz’s fight against breast cancer. Meraz and Gonzalez are co-workers in the nutritional services department (cafeteria) at Southwest High School in El Centro. | MARCIE LANDEROS PHOTO
In Regional News

EL CENTRO — Maria Meraz asserted it is the continued love and support from her cafeteria co-workers at Southwest High that has kept her going after her breast cancer diagnosis almost a year ago.

“I’m going to say I’m very blessed of having them. Besides them, well, I have my family, but maybe because it’s the first time that I’ve ever gone through this, that you notice your life got kinda different, so appreciate and be blessed for what you have,” the 23-year nutritional service assistant for Central Union High School District said.

“And I am very blessed to have them in my life,” Meraz said during an interview over lunch with 4 of her Southwest nutritional services co-workers on Thursday, Oct. 28.

In December, Meraz was diagnosed with breast cancer. Since then, Meraz has gone through chemotherapy, a double mastectomy, and is now in radiation therapy, causing her to take medical leave from work, further isolating her.

Meraz shared in the interview that the diagnosis caused her to lose hope since she felt her life was at its end, but seeing how her coworkers supported her rekindled her will to survive.

“I’m good right now. I don’t know, maybe tomorrow it might turn around on me. I know I’m not going to get my life back, but I want to be around to go back to work, and you know, be there to be a pain in their butts,” Meraz said with a laugh.

According to the staff at Southwest High School’s Cafeteria who attended the interview,

Meraz’s illness was devastating for morale, said who her co-workers during the group interview. Meraz is well loved among the staff, they said, being one of the more outgoing staff members who has a reputation of keeping the workday enjoyable for everyone.

“I think it’s her energy that’s not there in the kitchen. We feed off her energy when she’s there because she’s crazy. ‘Crazy Maria,’ she’s fun, loving, and I think that’s what she’s missing in the kitchen. And then she’s not there to help me with the salad bar,” said Lorena Sosa, a nutrition services employee who was trained by Meraz, eventually partnering with Meraz to prepare a salad bar for the cafeteria.

“I think the news was shocking to everyone when she told us. When she felt scared, we felt scared because we didn’t know what was going to happen. But then we tried to give her positive energy, and it worked because at first, she was really negative,” added Lorena Gonzales, one of Meraz’s fellow nutrition services assistant.

“Well, we were just thinking about her, and we decided to support her by fighting together,” Gonzales said.

To fight alongside with her, Gonzalez and Southwest’s head cook, Patricia Lopez, decided to have t-shirts made, saying, “Maria, Her Fight is My Fight.” They reached out to Eulalio Meraz, Maria’s son, and he made the shirts for his mother. Gonzalez and Lopez then sold the shirts, raising $300 to help pay for the gas so Meraz could attend treatments.

“It was really amazing. Seeing everyone fight to support me, not everyone gets that,” Maria Meraz said. “I realized then how special this was, and I knew then that I needed to fight to survive.”

“We call her, text her, and go to lunch with her on a regular basis. We also try to wear our shirts about once a week, so she knows she is still loved and supported, and we haven’t forgotten about her,” Brooks said.

Not having Meraz at work was devastating to morale, according to all four of the women interviewed. They fear that despite how hard Meraz is fighting and how hard they fight to support her, that it may not be enough, and she may never return to work.

“Her situation was kind of special because you could call in sick, but it’s different knowing that she’s sick. We hope that she recovers and comes back. That’s what we want, but we don’t know. Work is different without her. We get that job done because we have great group but …,” said Lopez, before trailing off, unable to finish her sentence.

Meraz’s journey to survive breast cancer is just beginning, but as long as Meraz is here, neither she nor her coworkers are giving up. They have chosen to focus on celebrating the time she has to share with the people she loves.

“I need to be around for my grandkids. I just take my day by day. I do. I just want to make it to an age that I can say, ‘I beat it. I made it. I’m back at work.’ Do this. Do that. Enjoy my life,” said Meraz firmly, assuring everyone there that she has no plans of going anywhere anytime soon. “And I’m enjoying it right now. I’m going to take my life day by day.” 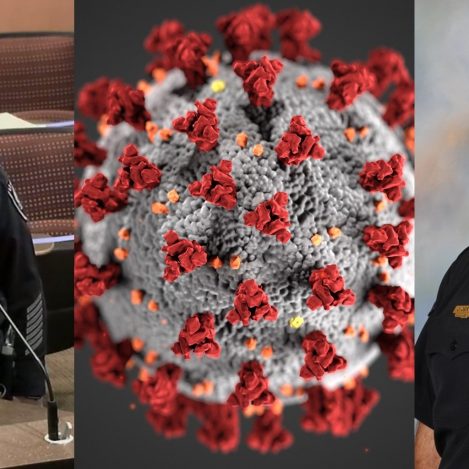