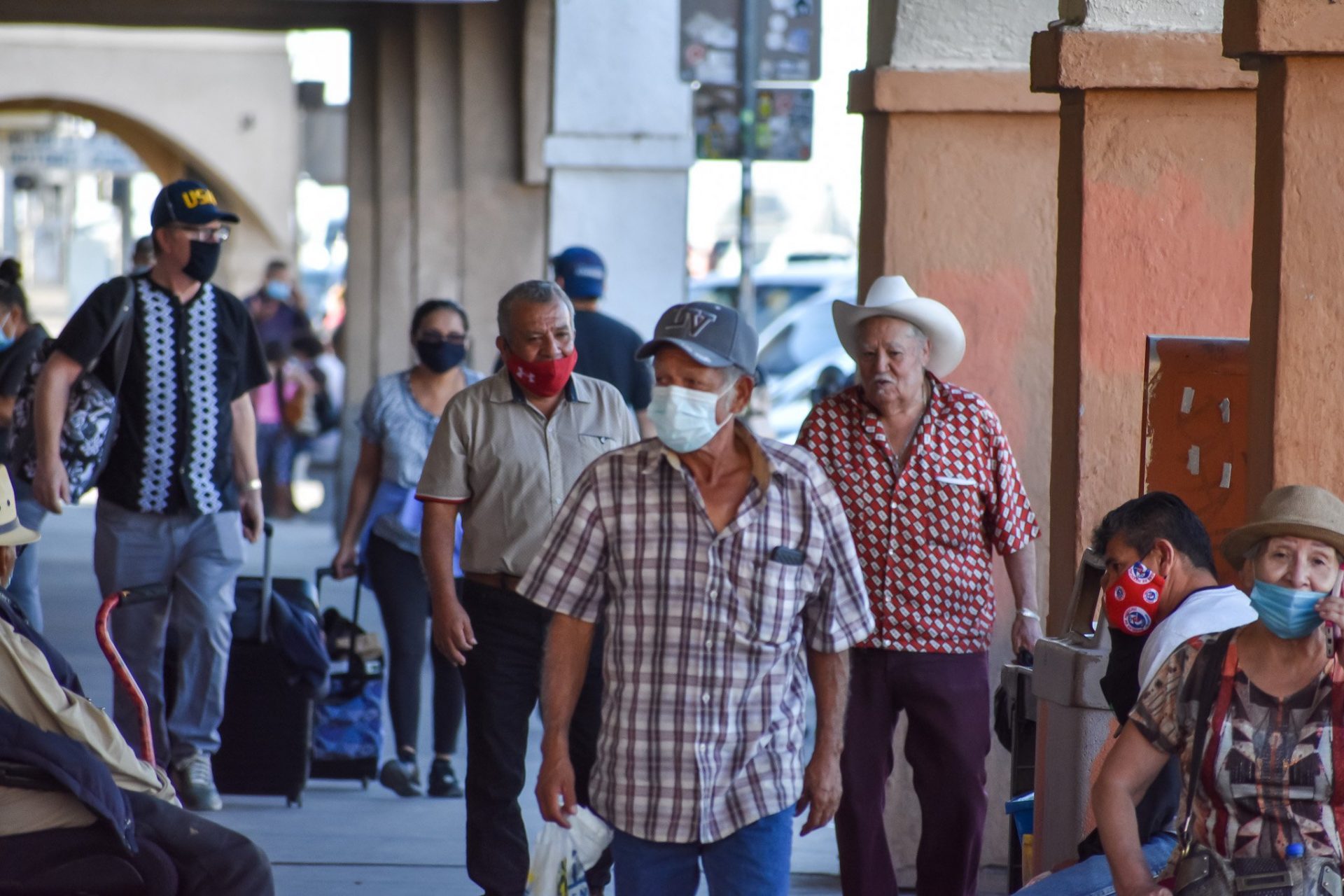 People wear face coverings (and some do not) while walking in downtown Calexico on Nov. 20, 2020. With the recent announcement that travel restrictions for the fully vaccinated are to end Nov. 8, city and county officials hope day tourism and shopping dollars will return from Mexico. | CALEXICO CHRONICLE FILE PHOTO
In Featured StoriesLocal News

City Officials Are Planning for Effects on Infrastructure, Traffic, Transportation, and More as Reopening to Nonessential Travel Looms

CALEXICO — As city and county officials across the Imperial Valley gathered for a press conference to celebrate the much-missed economic infusion that the reopening of the border will bring, Calexico has been working to ensure it won’t be saddled with a logistical nightmare.

Although Calexico City Manager Miguel Figueroa was reportedly absent from the Imperial Valley Regional Chamber of Commerce press conference on Wednesday, Oct. 27, in El Centro, he has promised he will make what will be infrastructure-related announcements tied to the Nov. 8 reopening to vaccinated nonessential travelers from Mexico during a Calexico City Council meeting on Wednesday, Nov. 3.

“Progress is being made (on transportation concerns),” Figueroa said during the Oct. 20 Calexico City Council meeting. “We’re starting to be ready … it’s going to be something that we have not experienced in 19 months. So, now we’re prepping and we’re going to make sure that all the stakeholders that need to be involved are involved.”

One of the chief concerns that Figueroa hinted at during his city manager’s report last week was being prepared for the influx of shoppers and day-trippers who since March 2020 had been barred from entering the United States unless they were considered part of the essential workforce.

What that did was immediately eliminate most of the foot traffic in downtown Calexico coming through the pedestrian Port of Entry on First Street. Economically it was disastrous for downtown businesses and sales-tax revenue, but it was also an immediate release of the pressure valve on city services tied to the crush of humanity from south of the border.

In 2014, Imperial County saw 18.6 million people traveling into Imperial County from Mexicali through the Calexico-area ports of entry, according to a 2017 Imperial Valley Border Economic Impact Study.

An average of 51,100 border-crossers entered the county each day during the study period, with 32,300 people entering Calexico daily through the downtown port alone.

“The chief of police confirmed to me … that we’re making substantial progress as it pertains to public transportation, so that’s great news, because we know that that is something very important,” Figueroa said last week. “So, I anticipate that we’re within the timeline before Nov. 8 to get that up and running with the proper approvals, with the proper inspections, that we should be done.”

Calexico City Council member Raul Ureña said he is not privy to the details of what Figueroa has cooking — the city manager himself would not provide additional information before next week’s council meeting — but the council member said he believes Figueroa is trying to line up support from other agencies and municipalities to assist Calexico in bearing the burden of a sudden influx of people.

“He did confirm that there will be buses before Nov. 8, and I think it’s astonishing and I’m honestly quite curious to see how he did it in a month, or if it’s going to start on a limited basis to ramp up,” Ureña said in a brief interview on Friday, Oct. 22.

Ureña said it best during council member reports on Oct. 20: In short, the entire Valley, including Calexico, benefits from the fruits of Mexican tourism dollars, but the pits and peels pile up in Calexico.

“The city of Calexico needs to lead on the border reopening since we’re the ones that of course see a lot of benefits like the whole Valley, but we also see the brunt of the negative effects,” he said. “We definitely should not be shy about asking the region to help us mitigate these negative effects on air quality, traffic, road rage, and everything that involves us being a border community.”

Mexicali residents were believed to have spent some $380 million in Imperial County in 2016, accounting for 20 percent of all retail, food, and drink sales in the county that year (of $1.93 billion total), according to the Border Economic Impact Study.

District 1 Imperial County Supervisor Jesus Escobar has been on the frontline of advocating for the reopening of the border, as well as the restoration of pre-pandemic hours of operation at the Calexico East Port of Entry to ease the strain and traffic gridlock that has been a problem for the city for months.

He announced last week the Nov. 8 reopening would also be a seamless return of a second shift at Calexico East, which has been closing daily at 2 p.m. since the pandemic started in March 2020. Customs and Border Protection made the official announcement of the new hours on Monday, Oct. 25.

“It’s really trying to prevent any additional burden on the logistical (issues) and traffic flow, on potential road rage, as we hit the holiday season, but again, that will be partially controlled because of the support that we’re going to get based on the fact that Calexico East will be back open to operations from 6 (a.m.) to 10 (p.m. daily),” Escobar said in an interview Oct. 22.

Some of the issues that Calexico is dealing with in preparation for Nov. 8 could be seen during a special Calexico City Council meeting on Tuesday, Oct. 26, when the council unanimously approved issuing special $50 permits to all businesses with active business licenses to operate sidewalk sales during the holiday season as a way to stimulate business and for other reasons.

Said Figueroa: “(Merchants) want to showcase a lot of the items they have on stock, even though they migrated to the virtual world of selling online. They also have a lot of stock right now in their warehouses and in their stores.”

Robert Gronich of Garlan’s said as much during the special meeting Tuesday, when he spoke on behalf of several downtown businesses.

“For me as a merchant in downtown Calexico, we’re obviously very excited, very happy that the border is going to be opening on Nov. 8. For a lot of the merchants here in Calexico, we’ve got a lot of aging inventory that has not sold due to the pandemic,” Gronich said. “And so, the sidewalk sale is going to be an excellent, excellent tool for a lot of the merchants to be able to blow out a lot of these, and announce and promote sidewalk sales, which a lot of our customers like.”

Muscle memory is key dealing with the seemingly sudden surge of people from Mexicali, Supervisor Escobar indicated, but he said the good outweighs the bad.

“It’s basically going to be something similar to the issues we’ve experienced year over year when it is the holiday season, where you’ve got an influx of people because people are shopping people and coming across the border,” he said.

Previous
Battle for the Border Gets its ‘Bell’ 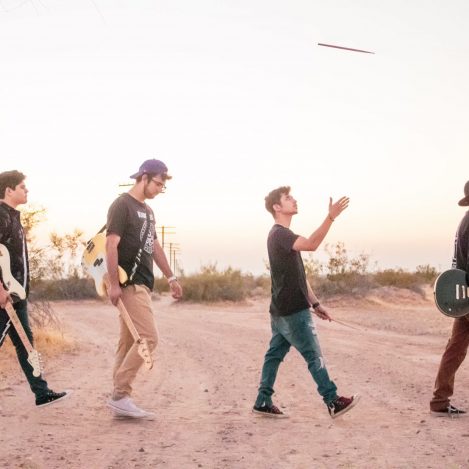