CALEXICO — The following reports were collected from the Calexico Police Department call logs from Oct. 18 through Oct. 25.

8:39 p.m.: Police were called to the Hollies Hotel apartments after the building manager found a five-gallon plastic container labeled “methanol” inside a vacant room that had previously been occupied by squatters. The hazardous materials division of the Imperial County Fire Department took possession of the container for further analysis and proper disposal.

11:59 p.m.: A man at the Calexico Police Department front counter reported that an unknown suspect had hacked into his wife’s cryptocurrency account and stole 1.15 ethereum coins from the account, worth approximately $4,540.

5:01 a.m.: Miscellaneous clothing items valued at approximately $300 and vehicle documents were reported stolen from a gray Chevrolet Traverse located in the 300 block of Imperial Avenue. The culprit apparently smashed the vehicle’s windows to gain access.

8:24 p.m.: Police conducted a traffic stop on a gray Mercedes traveling northbound in the 600 block of Imperial Avenue for having illegally tinted windows. The driver was arrested after admitting to police that he was driving with a suspended license. Trujillo was cited and released, and his vehicle was towed to a storage facility.

4:59 a.m.: Homeowners in the 800 block of Emerson Avenue called police after they arrived home to find a transient subject “living” in their studio apartment. Upon arriving on the scene, police saw the transient female, recognized from prior law enforcement encounters, in the apartment through a sliding glass door. Police ordered her to exit the residence and she complied, carrying a motorcycle helmet and jacket with her. The homeowner recognized the items, along with all of the clothing that the individual was wearing, as her property. She told police that she was living at the property but admitted that she didn’t possess keys to the residence and had never paid rent. She was arrested for burglary and trespassing. 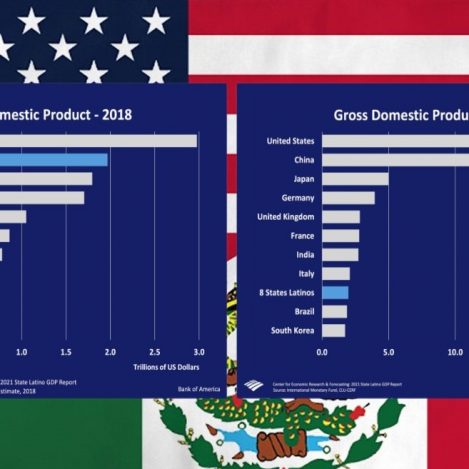 Latino GDP in US Ranks 8th in World